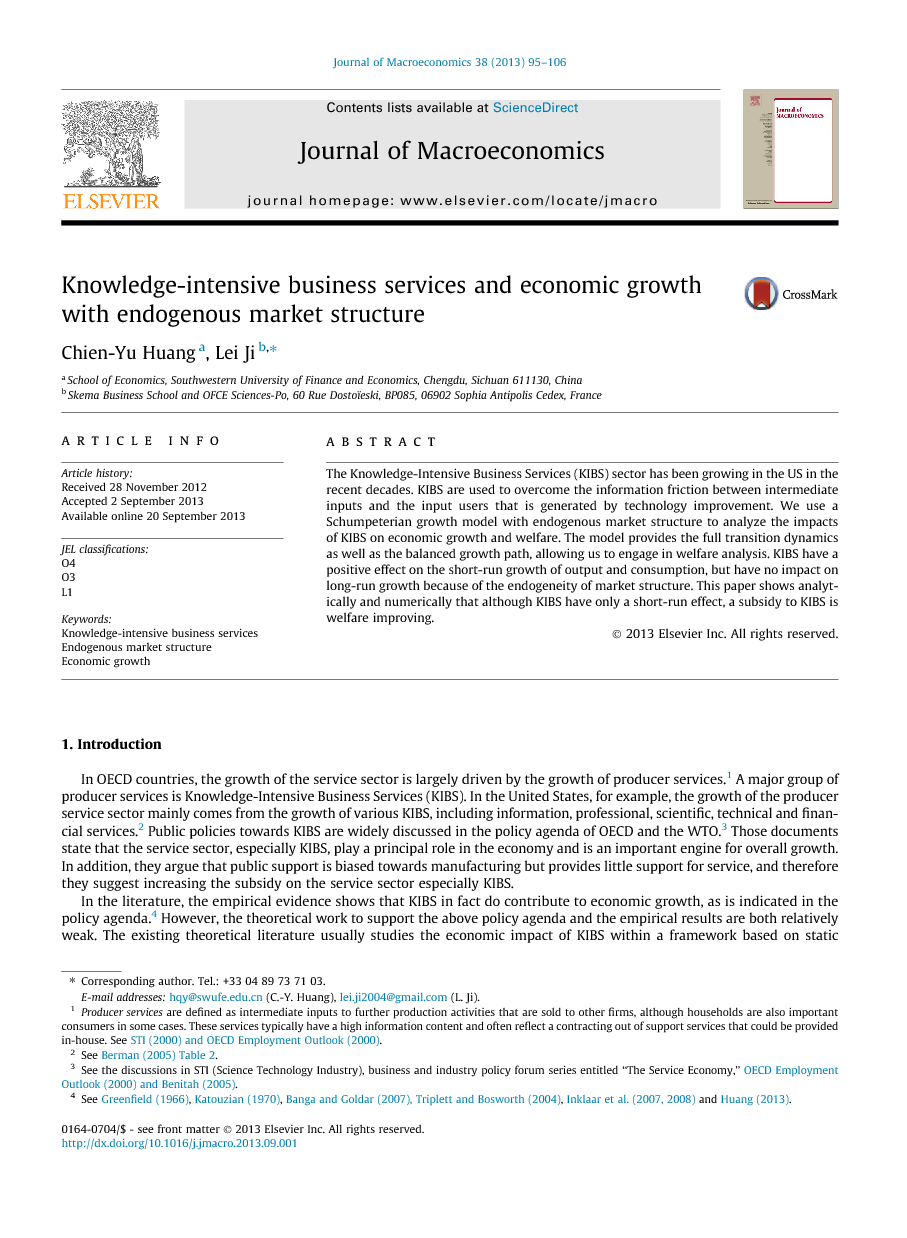 The Knowledge-Intensive Business Services (KIBS) sector has been growing in the US in the recent decades. KIBS are used to overcome the information friction between intermediate inputs and the input users that is generated by technology improvement. We use a Schumpeterian growth model with endogenous market structure to analyze the impacts of KIBS on economic growth and welfare. The model provides the full transition dynamics as well as the balanced growth path, allowing us to engage in welfare analysis. KIBS have a positive effect on the short-run growth of output and consumption, but have no impact on long-run growth because of the endogeneity of market structure. This paper shows analytically and numerically that although KIBS have only a short-run effect, a subsidy to KIBS is welfare improving.

We study the effects of KIBS on both long-run and short-run economic growth in the context of a Schumpeterian growth model with endogenous market structure. The model is constructed to be consistent with several important facts regarding the nature of technical progress and industrial organization. The endogenous market structure plays a crucial role in the analysis. KIBS do not affect economic growth in the long run, but have a positive effect on the growth rates of output and consumption in the short run. Intuitively, in the short run, an increase in the use of KIBS enlarges the intermediate firm’s demand, thereby providing a stronger incentive for R&D and therefore increasing economic growth. In the long run, however, a larger firm market size means a higher profit and induces entry that crowds out the incumbent’s market size. The incentive for in-house R&D falls, and the growth rate of output returns to its original level. Moreover, the model suggests that a government subsidy to KIBS is welfare improving.