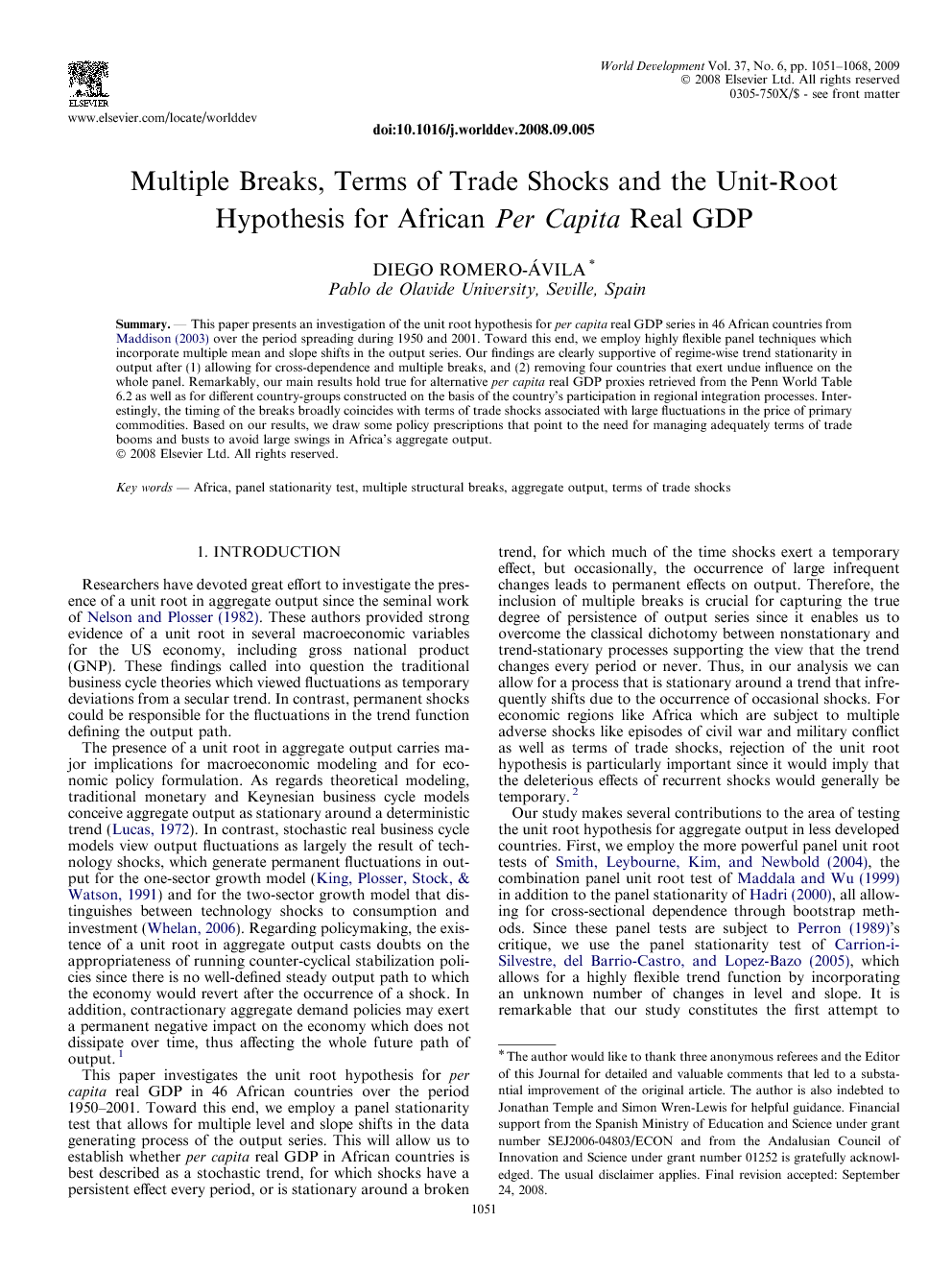 This paper presents an investigation of the unit root hypothesis for per capita real GDP series in 46 African countries from Maddison (2003) over the period spreading during 1950 and 2001. Toward this end, we employ highly flexible panel techniques which incorporate multiple mean and slope shifts in the output series. Our findings are clearly supportive of regime-wise trend stationarity in output after (1) allowing for cross-dependence and multiple breaks, and (2) removing four countries that exert undue influence on the whole panel. Remarkably, our main results hold true for alternative per capita real GDP proxies retrieved from the Penn World Table 6.2 as well as for different country-groups constructed on the basis of the country’s participation in regional integration processes. Interestingly, the timing of the breaks broadly coincides with terms of trade shocks associated with large fluctuations in the price of primary commodities. Based on our results, we draw some policy prescriptions that point to the need for managing adequately terms of trade booms and busts to avoid large swings in Africa’s aggregate output.