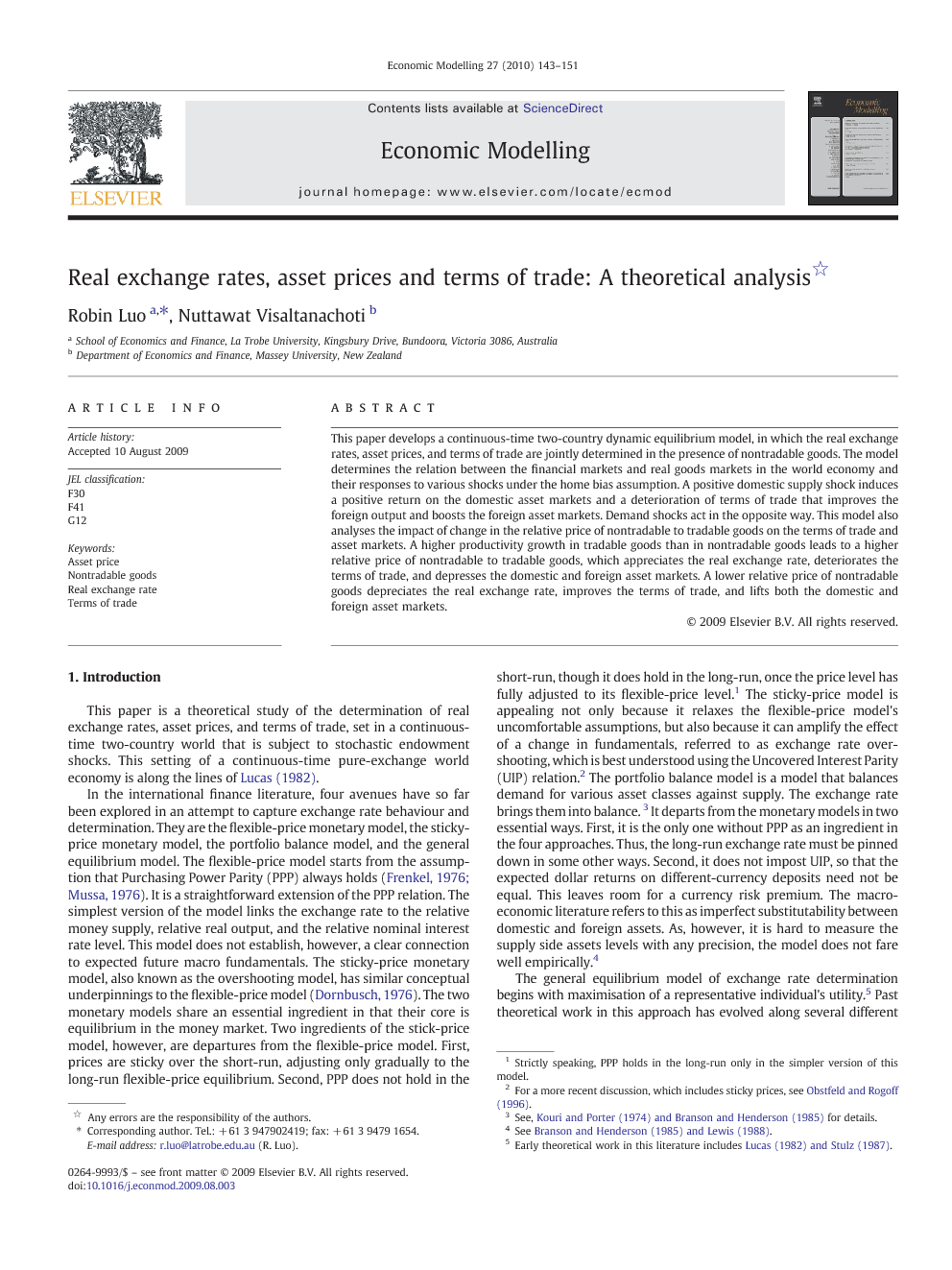 In this paper we present a continuous-time two-country dynamic equilibrium model, in which the real exchange rate, asset prices, and terms of trade are jointly determined in the presence of nontradable goods. The main contribution of this paper is in providing a benchmark economy that incorporates nontradable goods in addition to trade in tradable goods and financial assets. Terms of trade and the relative price of nontradable to tradable goods play an important role in determining the dynamics of countries' asset markets, thus introducing elements of international trade into a standard dynamic international asset pricing model. This enables us to determine the relation between the financial markets and real goods markets in the world economy and the responses to various shocks under the home bias assumption.