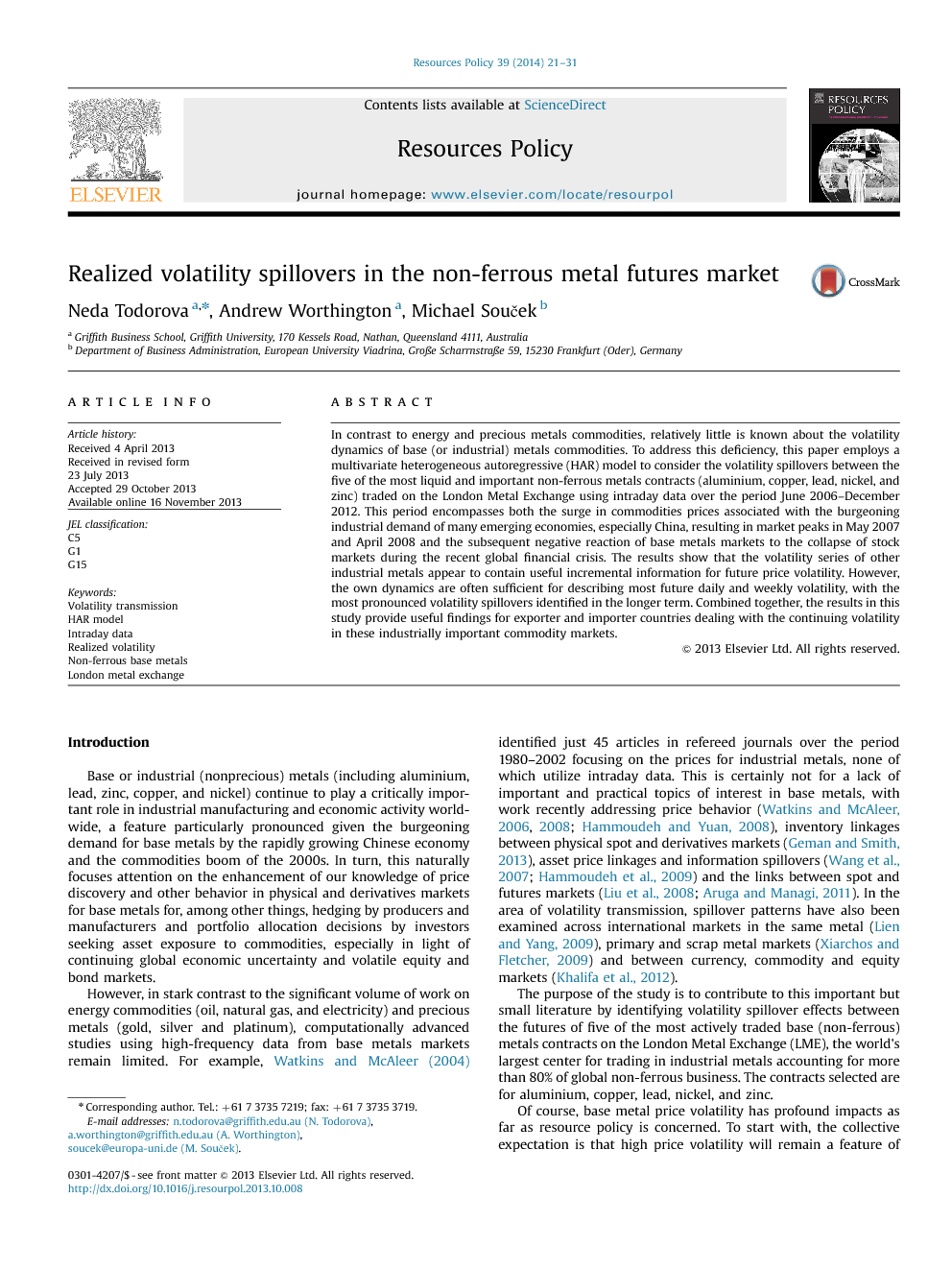 In contrast to energy and precious metals commodities, relatively little is known about the volatility dynamics of base (or industrial) metals commodities. To address this deficiency, this paper employs a multivariate heterogeneous autoregressive (HAR) model to consider the volatility spillovers between the five of the most liquid and important non-ferrous metals contracts (aluminium, copper, lead, nickel, and zinc) traded on the London Metal Exchange using intraday data over the period June 2006–December 2012. This period encompasses both the surge in commodities prices associated with the burgeoning industrial demand of many emerging economies, especially China, resulting in market peaks in May 2007 and April 2008 and the subsequent negative reaction of base metals markets to the collapse of stock markets during the recent global financial crisis. The results show that the volatility series of other industrial metals appear to contain useful incremental information for future price volatility. However, the own dynamics are often sufficient for describing most future daily and weekly volatility, with the most pronounced volatility spillovers identified in the longer term. Combined together, the results in this study provide useful findings for exporter and importer countries dealing with the continuing volatility in these industrially important commodity markets.