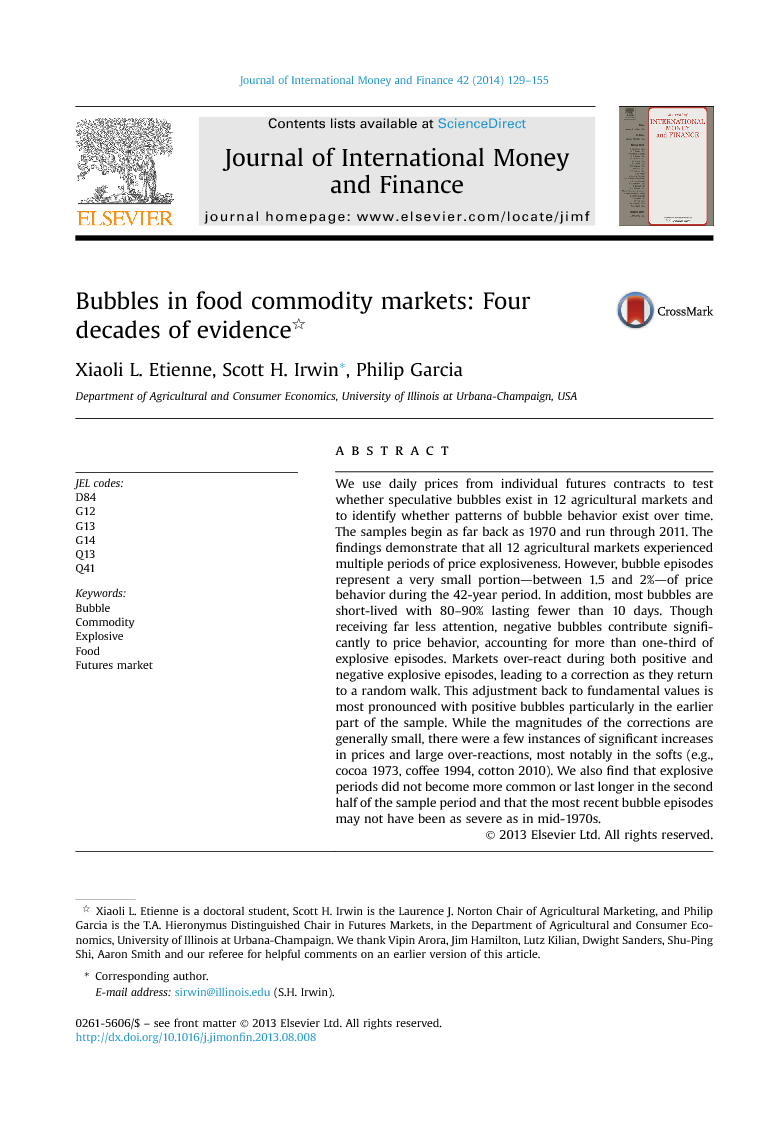 We use daily prices from individual futures contracts to test whether speculative bubbles exist in 12 agricultural markets and to identify whether patterns of bubble behavior exist over time. The samples begin as far back as 1970 and run through 2011. The findings demonstrate that all 12 agricultural markets experienced multiple periods of price explosiveness. However, bubble episodes represent a very small portion—between 1.5 and 2%—of price behavior during the 42-year period. In addition, most bubbles are short-lived with 80–90% lasting fewer than 10 days. Though receiving far less attention, negative bubbles contribute significantly to price behavior, accounting for more than one-third of explosive episodes. Markets over-react during both positive and negative explosive episodes, leading to a correction as they return to a random walk. This adjustment back to fundamental values is most pronounced with positive bubbles particularly in the earlier part of the sample. While the magnitudes of the corrections are generally small, there were a few instances of significant increases in prices and large over-reactions, most notably in the softs (e.g., cocoa 1973, coffee 1994, cotton 2010). We also find that explosive periods did not become more common or last longer in the second half of the sample period and that the most recent bubble episodes may not have been as severe as in mid-1970s.