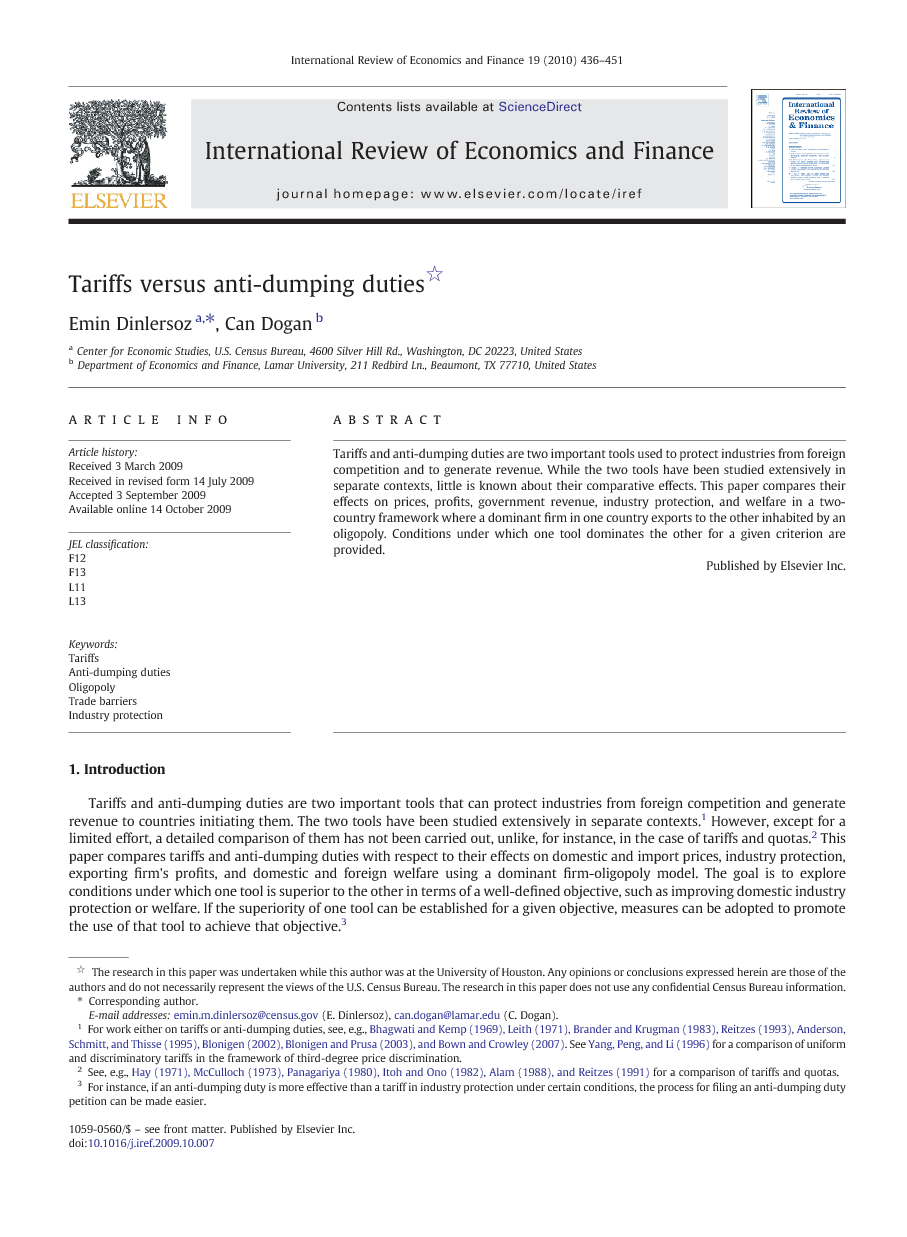 Tariffs and anti-dumping duties are two important tools used to protect industries from foreign competition and to generate revenue. While the two tools have been studied extensively in separate contexts, little is known about their comparative effects. This paper compares their effects on prices, profits, government revenue, industry protection, and welfare in a two-country framework where a dominant firm in one country exports to the other inhabited by an oligopoly. Conditions under which one tool dominates the other for a given criterion are provided.

With anti-dumping duties becoming more frequently used than tariffs in trade policy worldwide, this paper sought to answer the question of which trade policy tool, a tariff or an anti-dumping duty, is more effective when used alone in achieving a given objective in intervention to an otherwise free trade environment. To provide an answer, a basic comparison of tariffs and anti-dumping duties has been carried out in a framework that embeds some common elements of many dumping cases in the U.S. The model features an environment where a firm dominant in its home market exports unilaterally to a market inhabited by an oligopoly. The key property that was used in obtaining the main results without much complication is that a tariff depends only on the elasticity of the import demand in the domestic country, whereas an anti-dumping duty depends, in addition, on the elasticity of the foreign demand. The main message of the analysis is that while one tool does not dominate the other uniformly under all criteria, under certain conditions definitive statements can be made, depending on the magnitude of the foreign demand elasticity. In particular, when the foreign demand elasticity is sufficiently low, an anti-dumping duty dominates a revenue-maximizing tariff in terms of domestic revenue, protection, and welfare. An important question for future research is how the two tools fare under uncertainty about the imposition of a tool. The comparison of the two tools in a dynamic environment, where the anticipation of an anti-dumping duty versus a tariff might have different effects, is another promising research avenue.