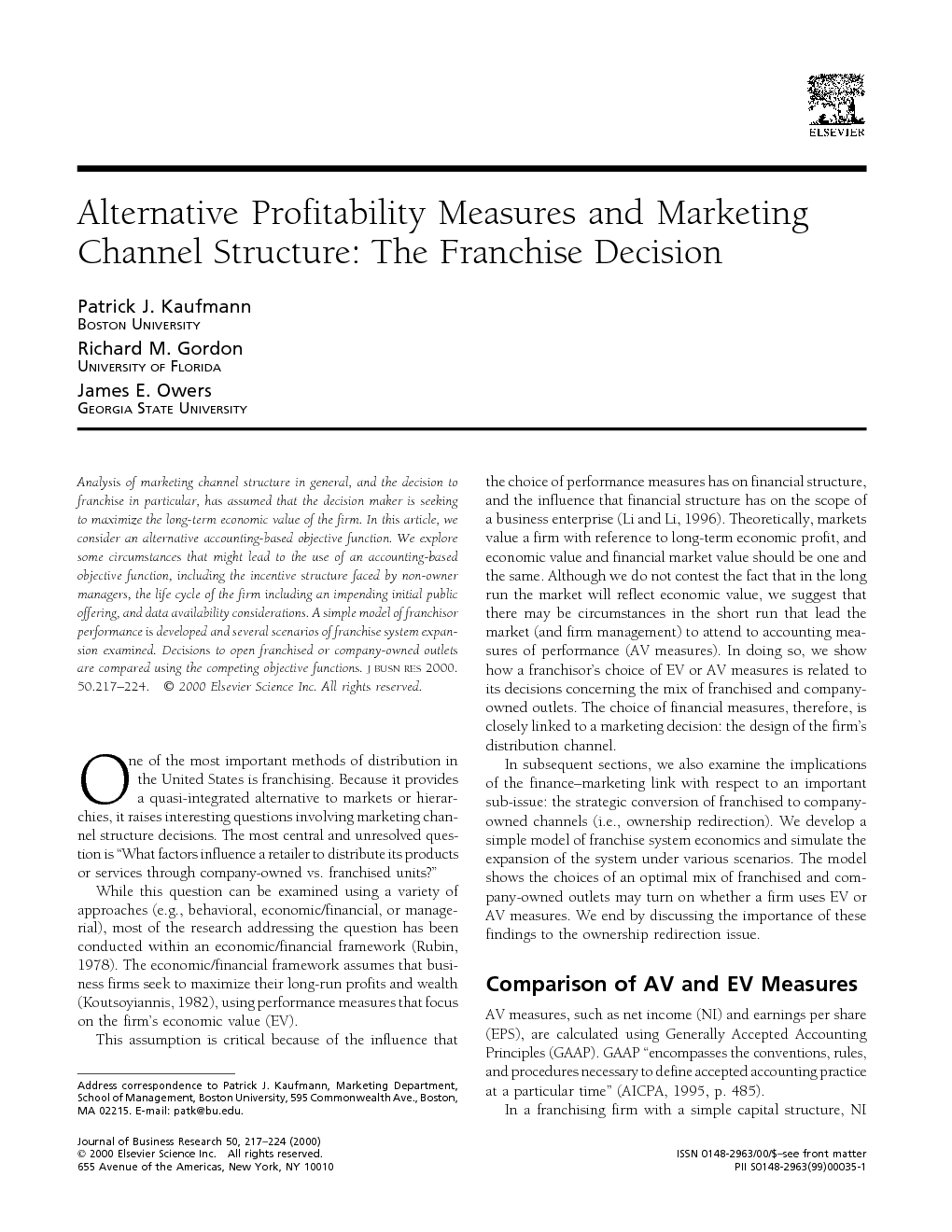 Analysis of marketing channel structure in general, and the decision to franchise in particular, has assumed that the decision maker is seeking to maximize the long-term economic value of the firm. In this article, we consider an alternative accounting-based objective function. We explore some circumstances that might lead to the use of an accounting-based objective function, including the incentive structure faced by non-owner managers, the life cycle of the firm including an impending initial public offering, and data availability considerations. A simple model of franchisor performance is developed and several scenarios of franchise system expansion examined. Decisions to open franchised or company-owned outlets are compared using the competing objective functions.