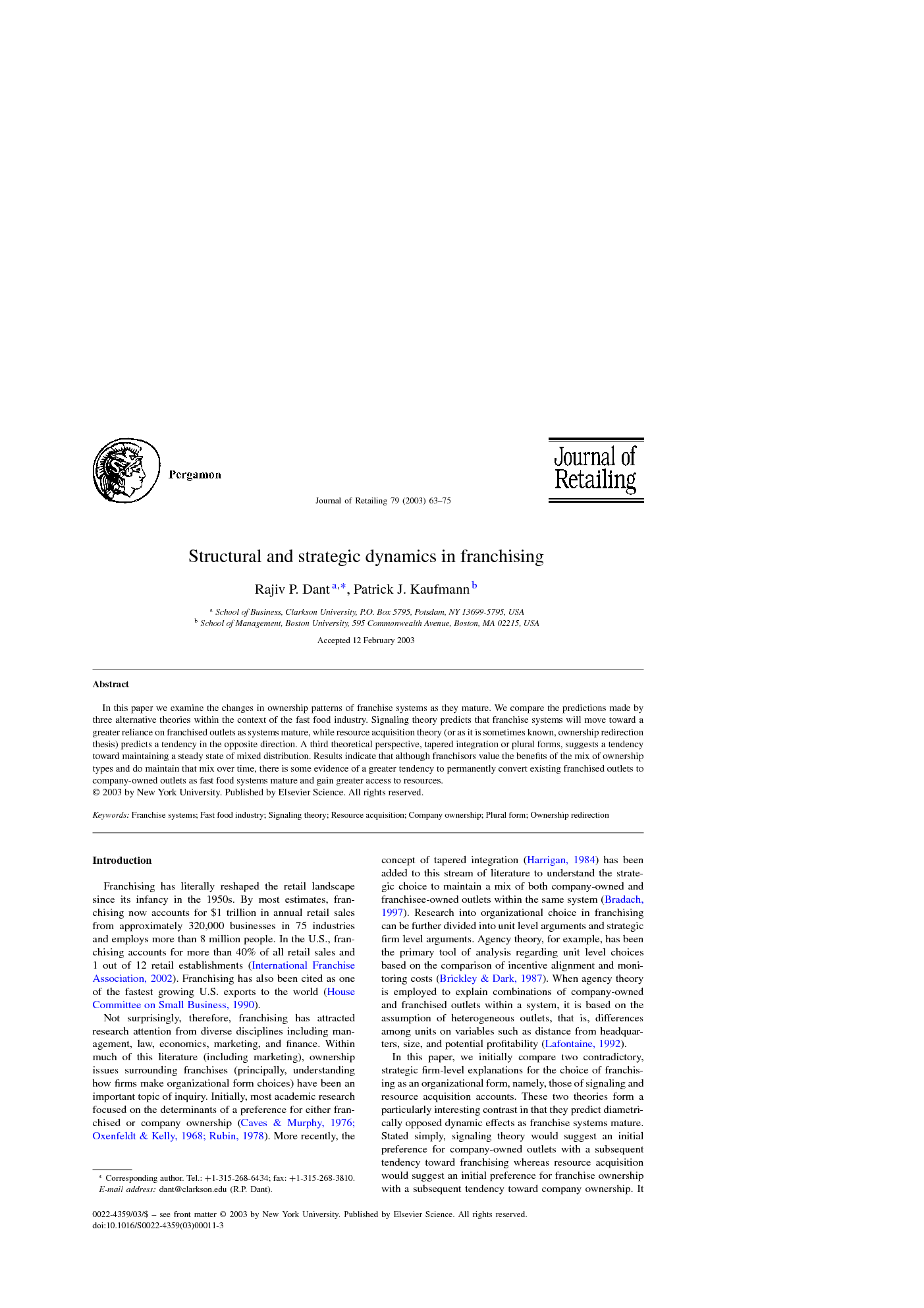 In this paper we examine the changes in ownership patterns of franchise systems as they mature. We compare the predictions made by three alternative theories within the context of the fast food industry. Signaling theory predicts that franchise systems will move toward a greater reliance on franchised outlets as systems mature, while resource acquisition theory (or as it is sometimes known, ownership redirection thesis) predicts a tendency in the opposite direction. A third theoretical perspective, tapered integration or plural forms, suggests a tendency toward maintaining a steady state of mixed distribution. Results indicate that although franchisors value the benefits of the mix of ownership types and do maintain that mix over time, there is some evidence of a greater tendency to permanently convert existing franchised outlets to company-owned outlets as fast food systems mature and gain greater access to resources.