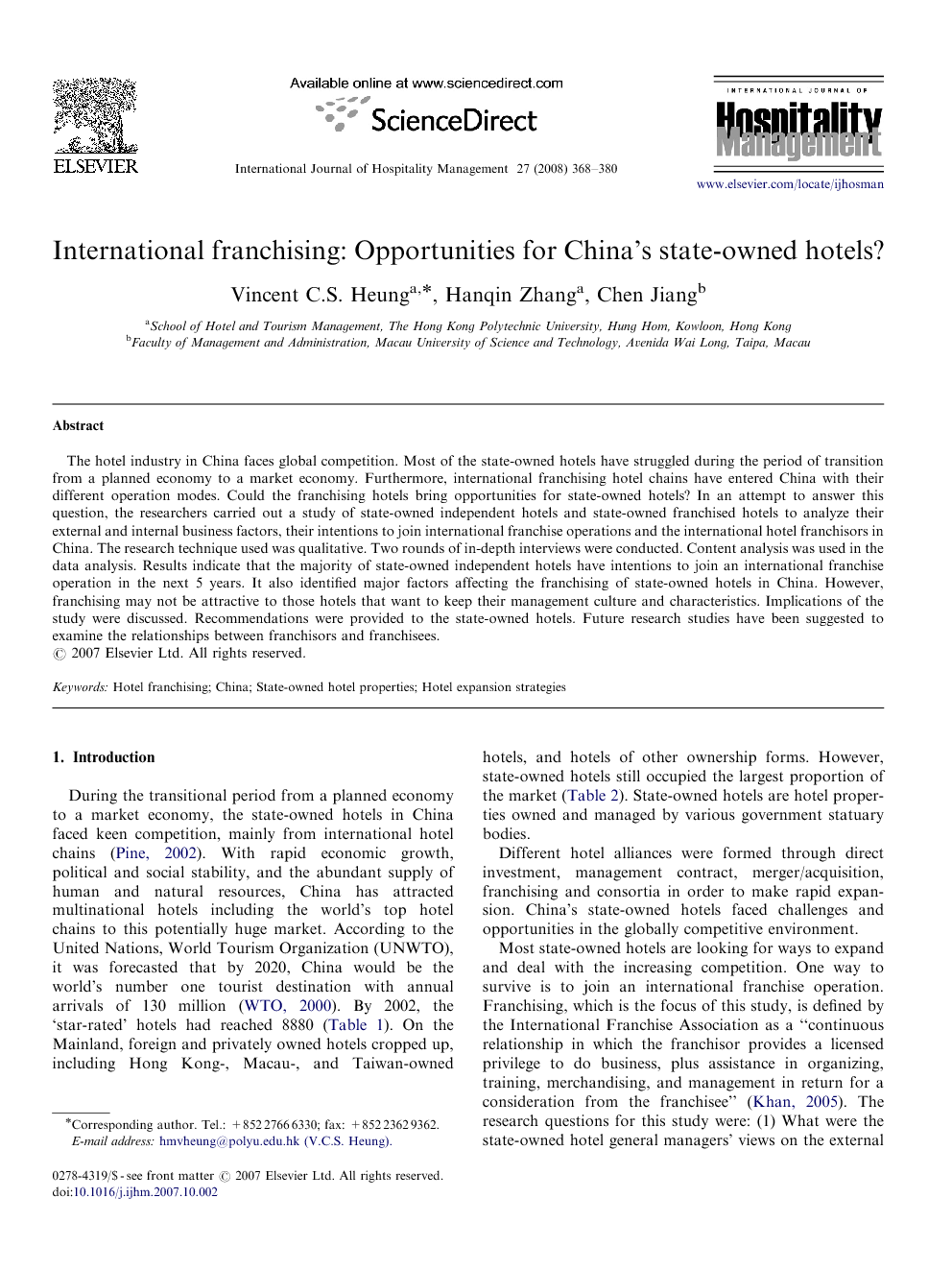 The hotel industry in China faces global competition. Most of the state-owned hotels have struggled during the period of transition from a planned economy to a market economy. Furthermore, international franchising hotel chains have entered China with their different operation modes. Could the franchising hotels bring opportunities for state-owned hotels? In an attempt to answer this question, the researchers carried out a study of state-owned independent hotels and state-owned franchised hotels to analyze their external and internal business factors, their intentions to join international franchise operations and the international hotel franchisors in China. The research technique used was qualitative. Two rounds of in-depth interviews were conducted. Content analysis was used in the data analysis. Results indicate that the majority of state-owned independent hotels have intentions to join an international franchise operation in the next 5 years. It also identified major factors affecting the franchising of state-owned hotels in China. However, franchising may not be attractive to those hotels that want to keep their management culture and characteristics. Implications of the study were discussed. Recommendations were provided to the state-owned hotels. Future research studies have been suggested to examine the relationships between franchisors and franchisees.