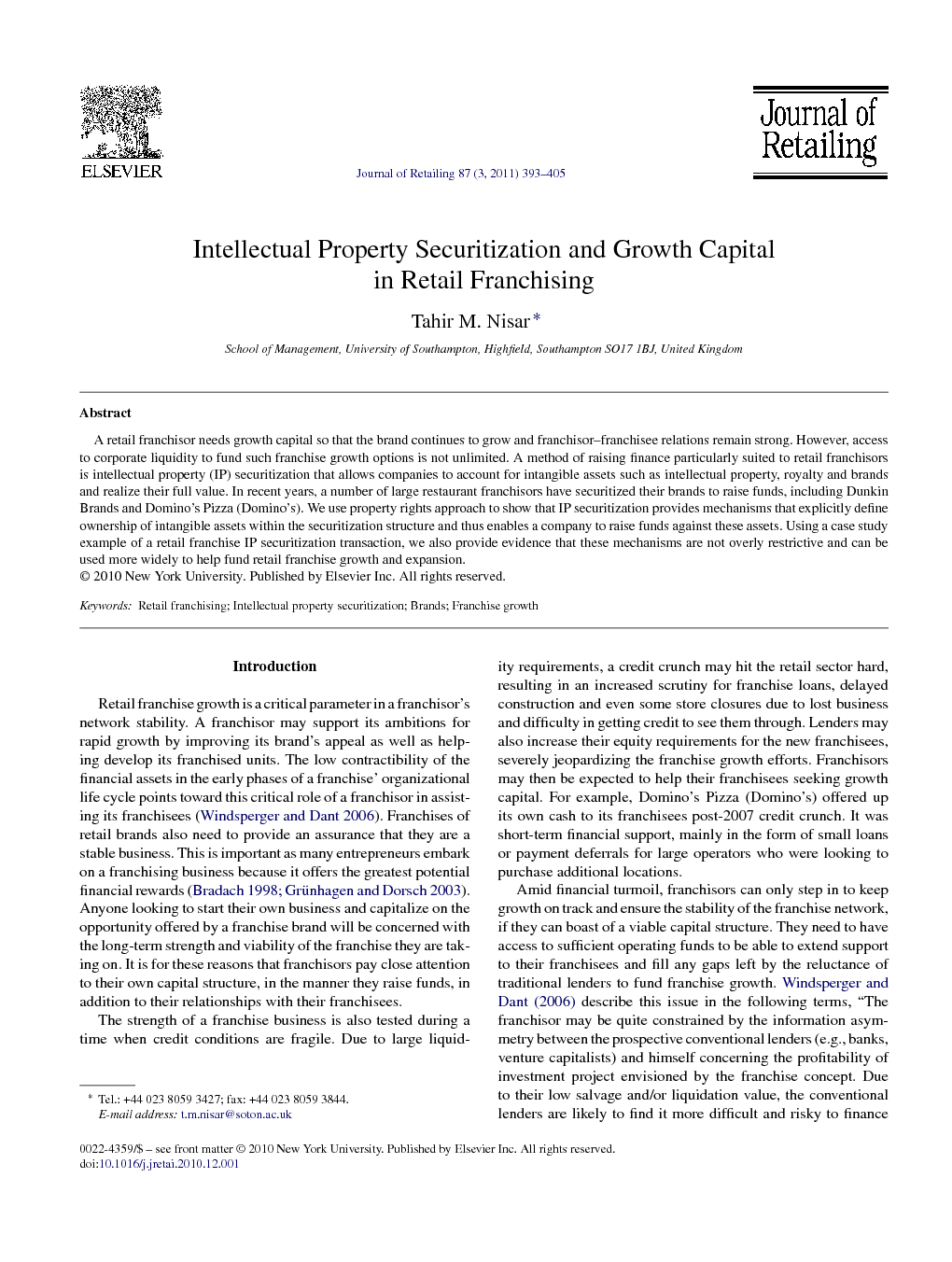 A retail franchisor needs growth capital so that the brand continues to grow and franchisor–franchisee relations remain strong. However, access to corporate liquidity to fund such franchise growth options is not unlimited. A method of raising finance particularly suited to retail franchisors is intellectual property (IP) securitization that allows companies to account for intangible assets such as intellectual property, royalty and brands and realize their full value. In recent years, a number of large restaurant franchisors have securitized their brands to raise funds, including Dunkin Brands and Domino's Pizza (Domino's). We use property rights approach to show that IP securitization provides mechanisms that explicitly define ownership of intangible assets within the securitization structure and thus enables a company to raise funds against these assets. Using a case study example of a retail franchise IP securitization transaction, we also provide evidence that these mechanisms are not overly restrictive and can be used more widely to help fund retail franchise growth and expansion.