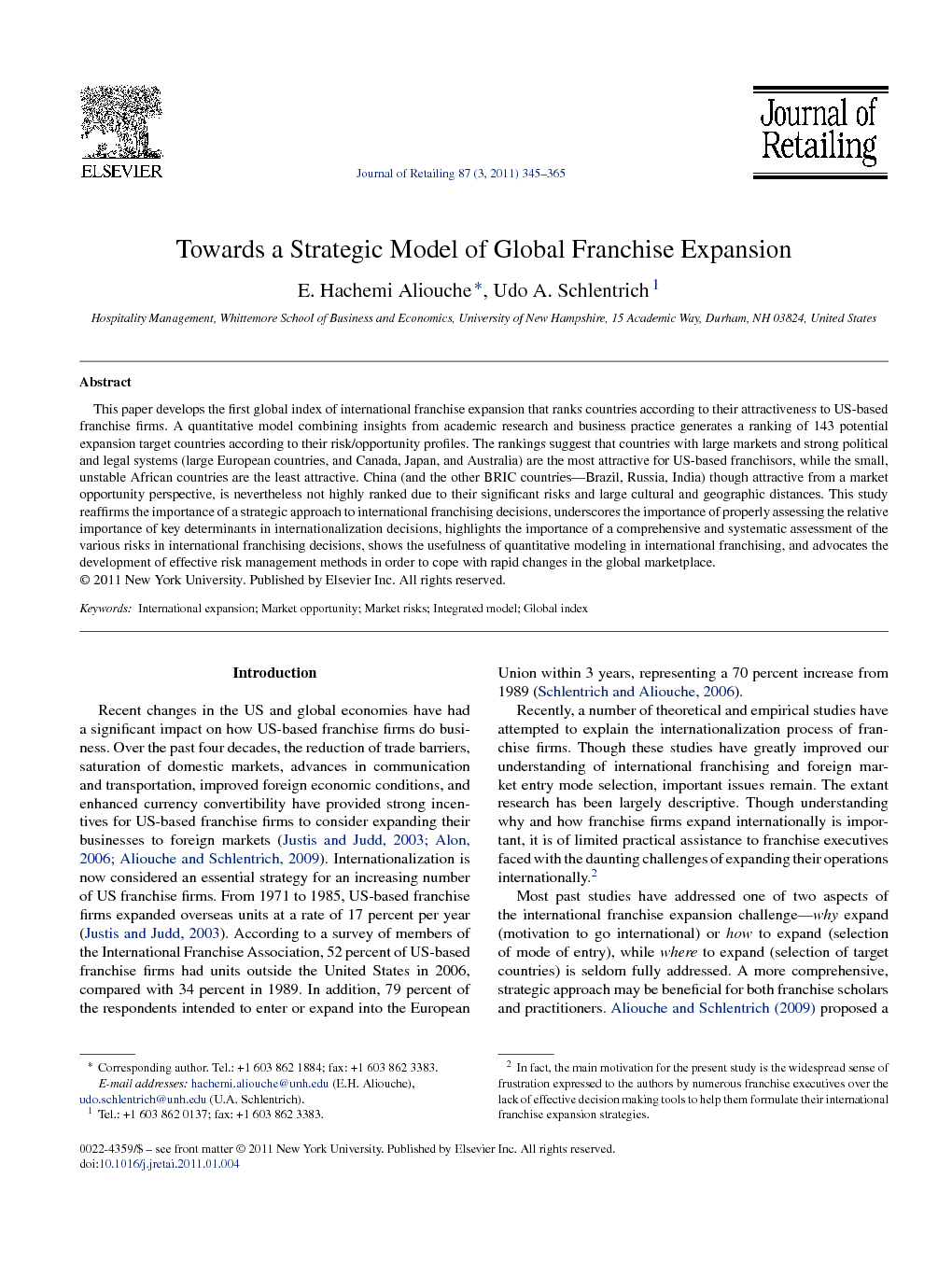 This paper develops the first global index of international franchise expansion that ranks countries according to their attractiveness to US-based franchise firms. A quantitative model combining insights from academic research and business practice generates a ranking of 143 potential expansion target countries according to their risk/opportunity profiles. The rankings suggest that countries with large markets and strong political and legal systems (large European countries, and Canada, Japan, and Australia) are the most attractive for US-based franchisors, while the small, unstable African countries are the least attractive. China (and the other BRIC countries—Brazil, Russia, India) though attractive from a market opportunity perspective, is nevertheless not highly ranked due to their significant risks and large cultural and geographic distances. This study reaffirms the importance of a strategic approach to international franchising decisions, underscores the importance of properly assessing the relative importance of key determinants in internationalization decisions, highlights the importance of a comprehensive and systematic assessment of the various risks in international franchising decisions, shows the usefulness of quantitative modeling in international franchising, and advocates the development of effective risk management methods in order to cope with rapid changes in the global marketplace.