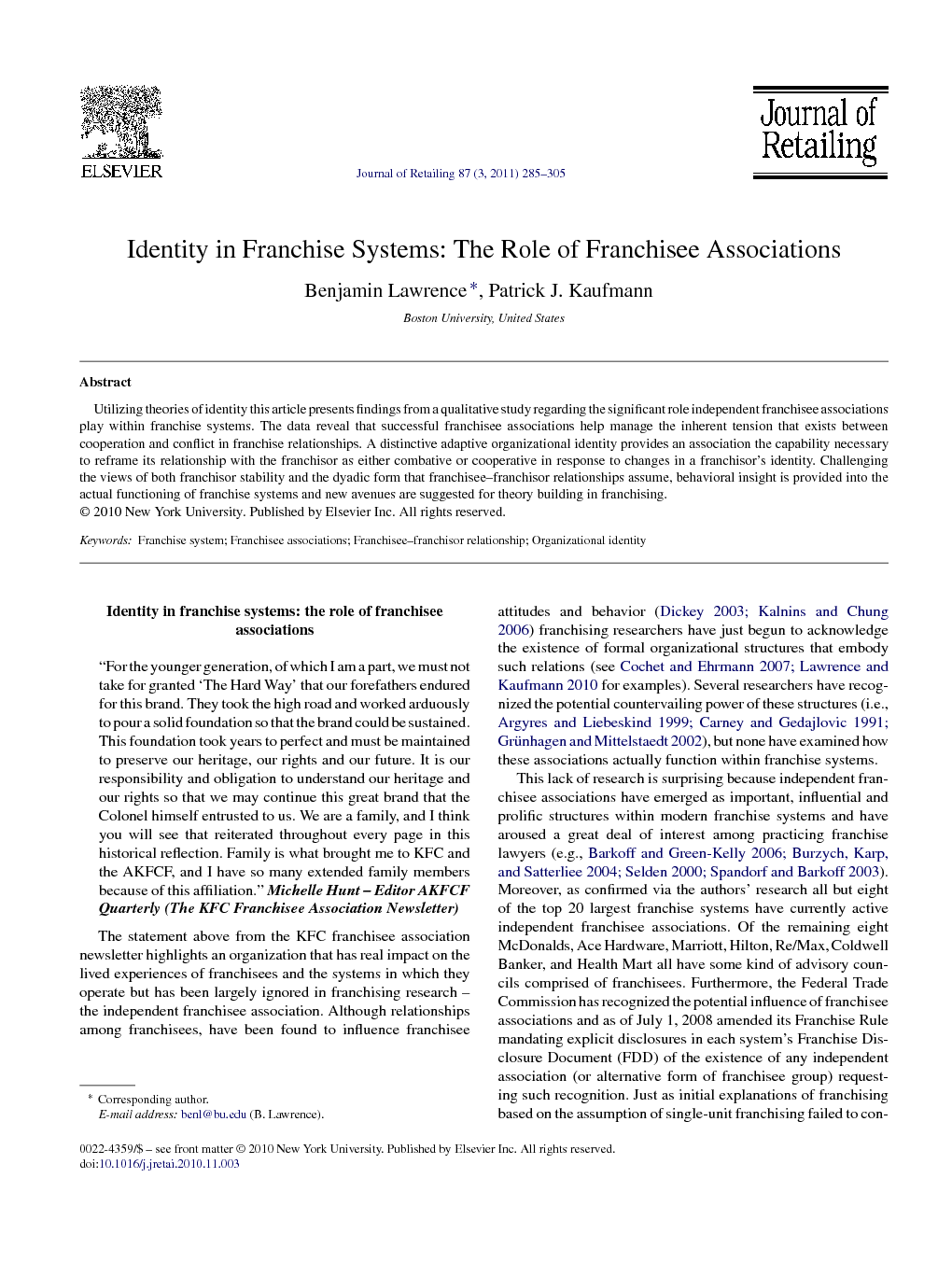 Utilizing theories of identity this article presents findings from a qualitative study regarding the significant role independent franchisee associations play within franchise systems. The data reveal that successful franchisee associations help manage the inherent tension that exists between cooperation and conflict in franchise relationships. A distinctive adaptive organizational identity provides an association the capability necessary to reframe its relationship with the franchisor as either combative or cooperative in response to changes in a franchisor's identity. Challenging the views of both franchisor stability and the dyadic form that franchisee–franchisor relationships assume, behavioral insight is provided into the actual functioning of franchise systems and new avenues are suggested for theory building in franchising.