عنوان انگلیسی
Effects of base price upon search behavior of consumers in a supermarket: An operant analysis
دانلود فوری مقاله + سفارش ترجمه 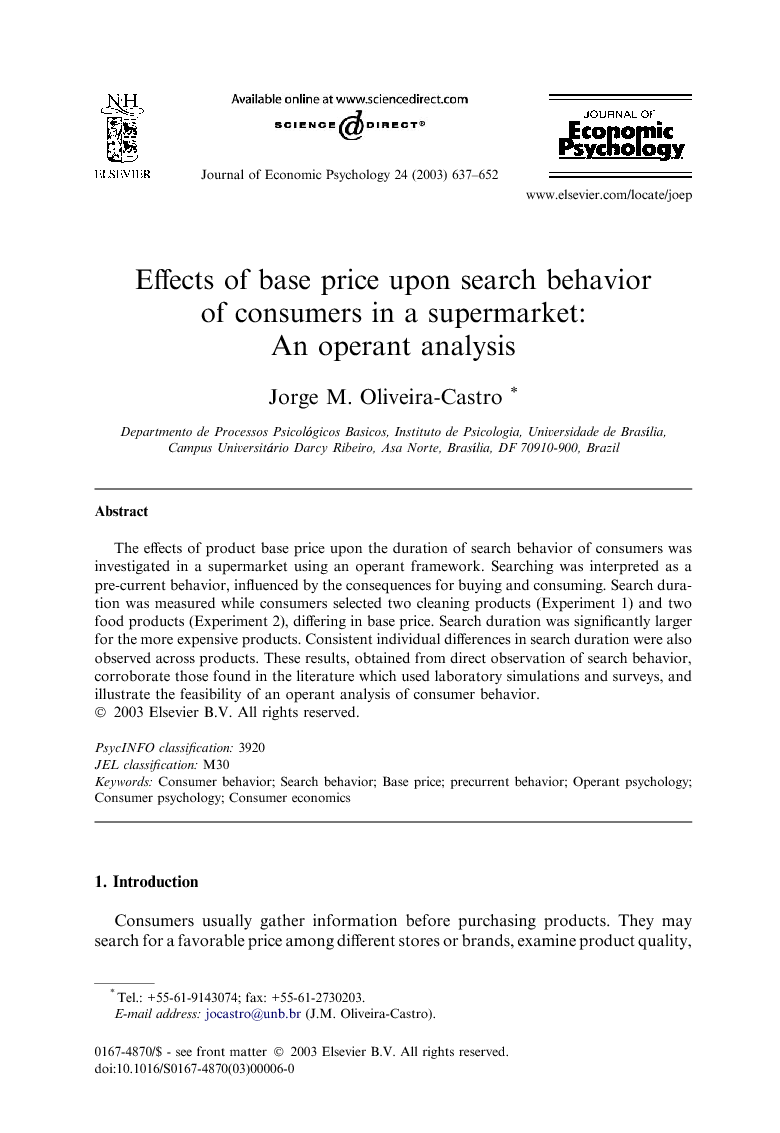 The effects of product base price upon the duration of search behavior of consumers was investigated in a supermarket using an operant framework. Searching was interpreted as a pre-current behavior, influenced by the consequences for buying and consuming. Search duration was measured while consumers selected two cleaning products (Experiment 1) and two food products (Experiment 2), differing in base price. Search duration was significantly larger for the more expensive products. Consistent individual differences in search duration were also observed across products. These results, obtained from direct observation of search behavior, corroborate those found in the literature which used laboratory simulations and surveys, and illustrate the feasibility of an operant analysis of consumer behavior.