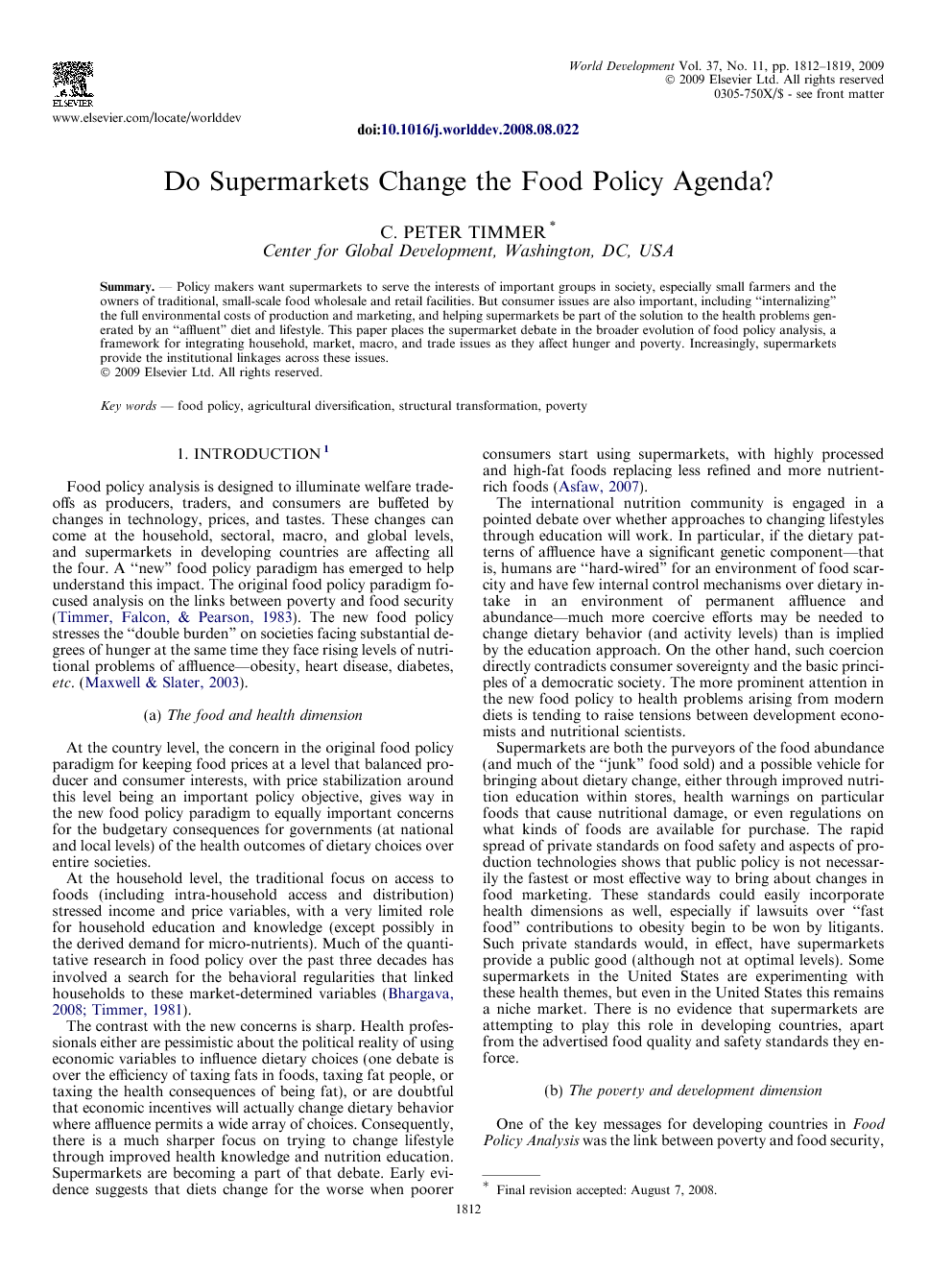 Policy makers want supermarkets to serve the interests of important groups in society, especially small farmers and the owners of traditional, small-scale food wholesale and retail facilities. But consumer issues are also important, including “internalizing” the full environmental costs of production and marketing, and helping supermarkets be part of the solution to the health problems generated by an “affluent” diet and lifestyle. This paper places the supermarket debate in the broader evolution of food policy analysis, a framework for integrating household, market, macro, and trade issues as they affect hunger and poverty. Increasingly, supermarkets provide the institutional linkages across these issues.