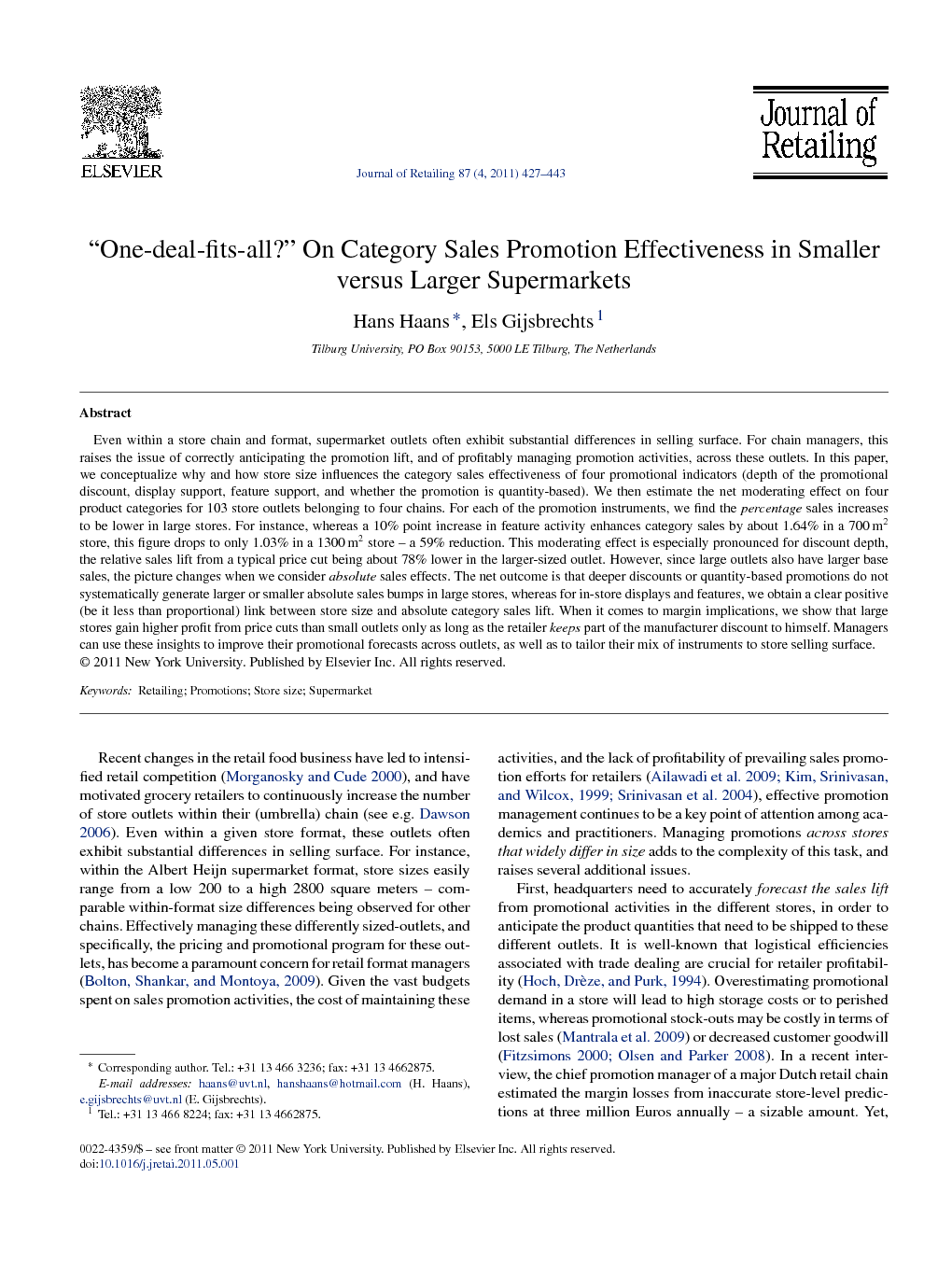 Even within a store chain and format, supermarket outlets often exhibit substantial differences in selling surface. For chain managers, this raises the issue of correctly anticipating the promotion lift, and of profitably managing promotion activities, across these outlets. In this paper, we conceptualize why and how store size influences the category sales effectiveness of four promotional indicators (depth of the promotional discount, display support, feature support, and whether the promotion is quantity-based). We then estimate the net moderating effect on four product categories for 103 store outlets belonging to four chains. For each of the promotion instruments, we find the percentage sales increases to be lower in large stores. For instance, whereas a 10% point increase in feature activity enhances category sales by about 1.64% in a 700 m2 store, this figure drops to only 1.03% in a 1300 m2 store – a 59% reduction. This moderating effect is especially pronounced for discount depth, the relative sales lift from a typical price cut being about 78% lower in the larger-sized outlet. However, since large outlets also have larger base sales, the picture changes when we consider absolute sales effects. The net outcome is that deeper discounts or quantity-based promotions do not systematically generate larger or smaller absolute sales bumps in large stores, whereas for in-store displays and features, we obtain a clear positive (be it less than proportional) link between store size and absolute category sales lift. When it comes to margin implications, we show that large stores gain higher profit from price cuts than small outlets only as long as the retailer keeps part of the manufacturer discount to himself. Managers can use these insights to improve their promotional forecasts across outlets, as well as to tailor their mix of instruments to store selling surface.