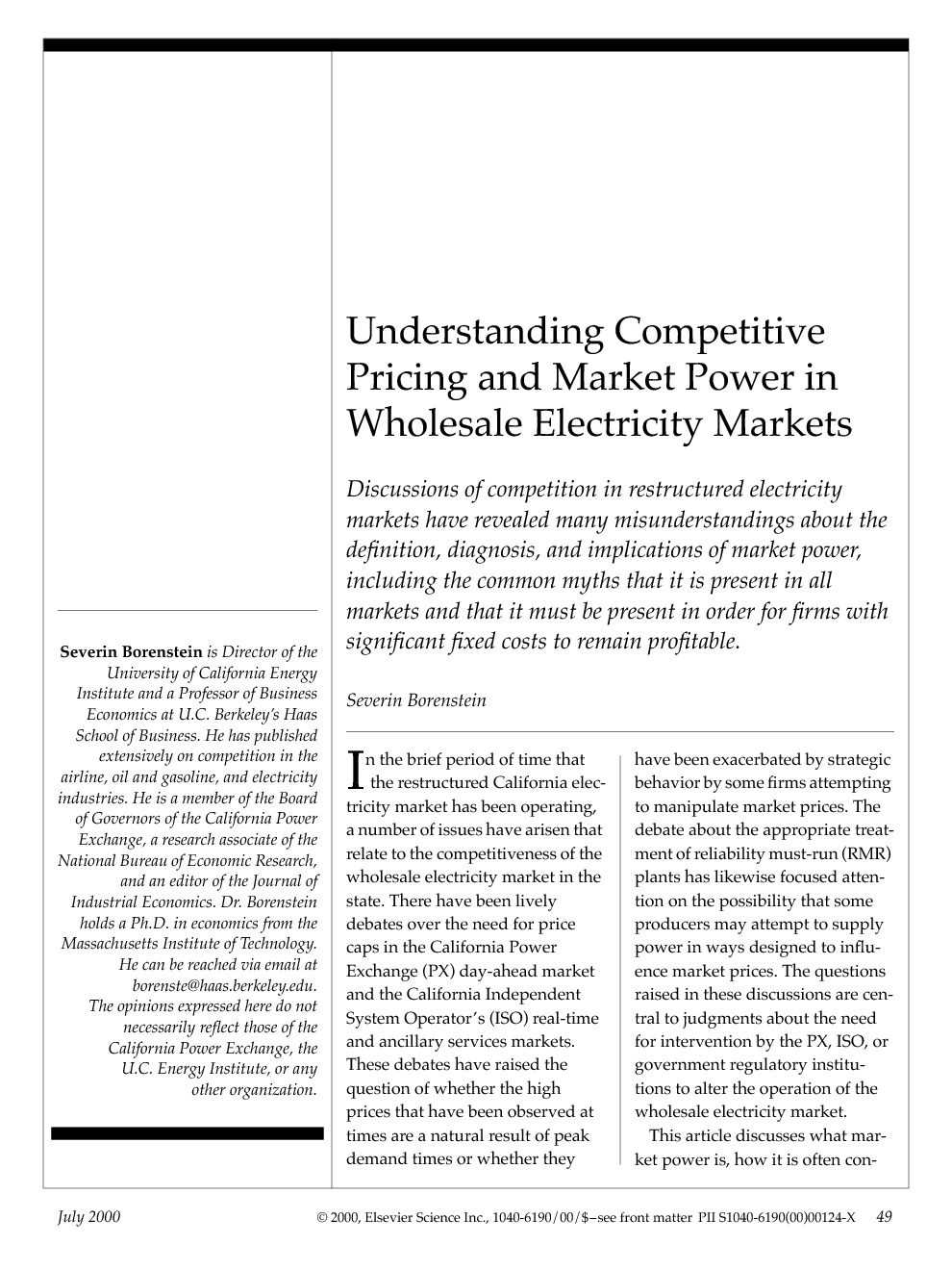 Discussions of competition in restructured electricity markets have revealed many misunderstandings about the definition, diagnosis, and implications of market power, including the common myths that it is present in all markets and that it must be present in order for firms with significant fixed costs to remain profitable.

The diagnosis and measurement of market power is just one step in the process of developing sound public policy in a market. When market power is found to be present, the logical next step is to examine the likely persistence of that market power. In markets with low barriers to entry, market power is likely to be quite transitory. The profits from market power will attract new entrants into the market or encourage incumbents to expand in order to gain market share.4 In that case, the best government policy would probably be to let these forces do their work undermining the existing market power.5 On the other hand, if entry is likely to be slow, due to institutional, regulatory, or other barriers, more active public policy may be wise. Government intervention, however, has its own formidable costs. History teaches us that regulators have a difficult time figuring out the best prices, technologies, or levels of investment in an industry. Regulators also are susceptible to the influences of private parties who encourage them to take actions that do not benefit the general public. And, of course, it is very difficult for regulators to limit the returns that firms can earn without dampening their incentives for efficiency and innovation. Thus, it is clear that some degree of market power in an industry is preferable to heavy-handed regulation, with all of the inefficiencies that accompany such regulation. None of these concerns, however, lessens the importance of analyzing and estimating the degree of market power in an industry. They simply mean that a finding of market power is just one part of a public policy debate about government intervention in an industry. The important public policy question is what amount of market power is acceptable, and which, if any, government policies are likely to do more good than harm.