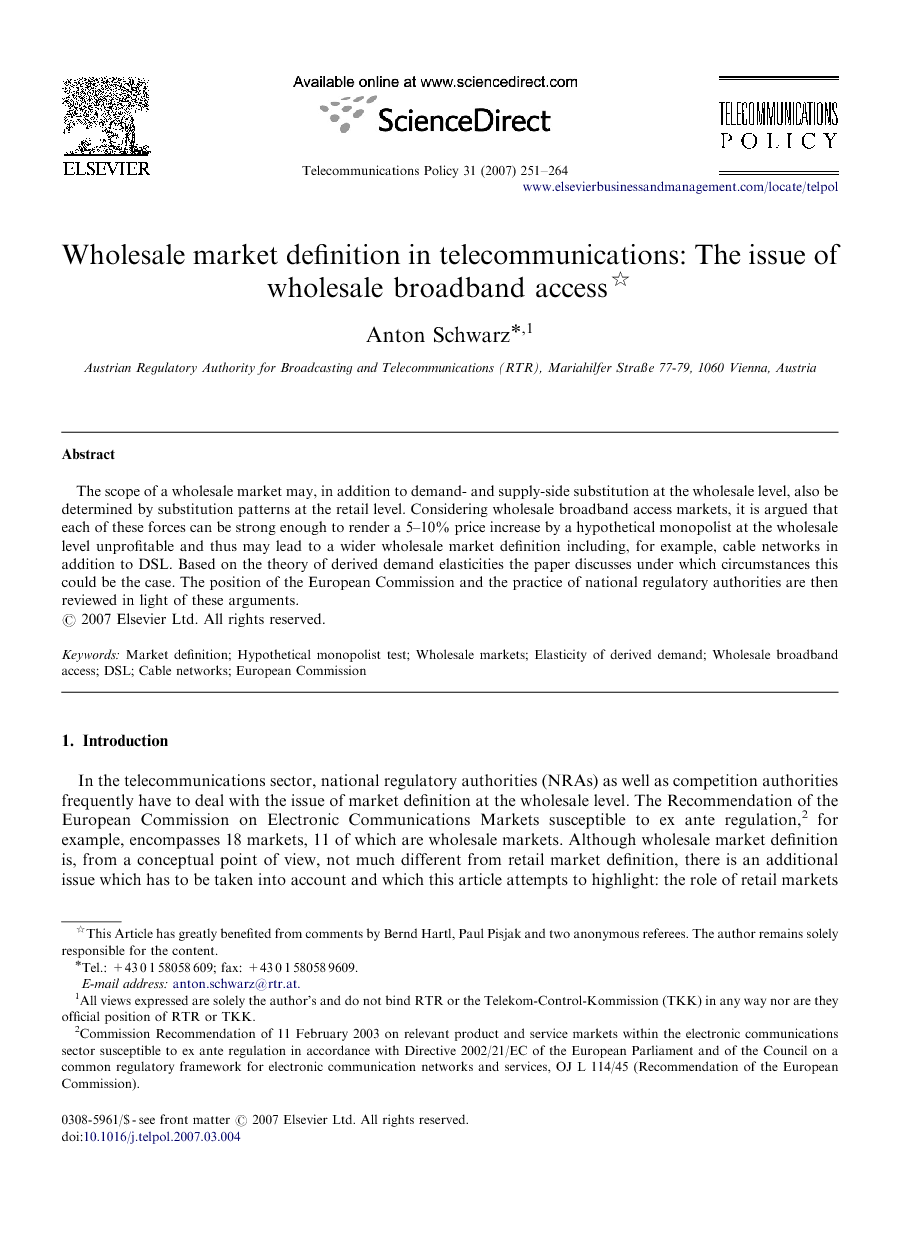 The scope of a wholesale market may, in addition to demand- and supply-side substitution at the wholesale level, also be determined by substitution patterns at the retail level. Considering wholesale broadband access markets, it is argued that each of these forces can be strong enough to render a 5–10% price increase by a hypothetical monopolist at the wholesale level unprofitable and thus may lead to a wider wholesale market definition including, for example, cable networks in addition to DSL. Based on the theory of derived demand elasticities the paper discusses under which circumstances this could be the case. The position of the European Commission and the practice of national regulatory authorities are then reviewed in light of these arguments.