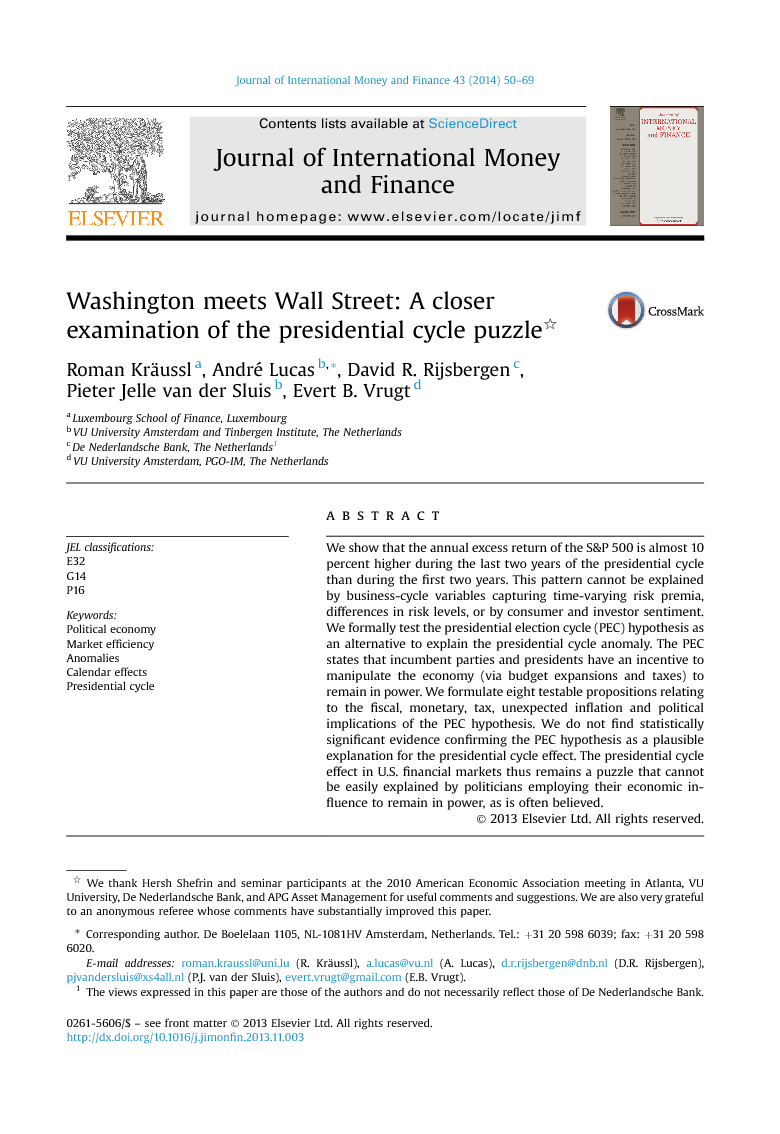 We show that the annual excess return of the S&P 500 is almost 10 percent higher during the last two years of the presidential cycle than during the first two years. This pattern cannot be explained by business-cycle variables capturing time-varying risk premia, differences in risk levels, or by consumer and investor sentiment. We formally test the presidential election cycle (PEC) hypothesis as an alternative to explain the presidential cycle anomaly. The PEC states that incumbent parties and presidents have an incentive to manipulate the economy (via budget expansions and taxes) to remain in power. We formulate eight testable propositions relating to the fiscal, monetary, tax, unexpected inflation and political implications of the PEC hypothesis. We do not find statistically significant evidence confirming the PEC hypothesis as a plausible explanation for the presidential cycle effect. The presidential cycle effect in U.S. financial markets thus remains a puzzle that cannot be easily explained by politicians employing their economic influence to remain in power, as is often believed.