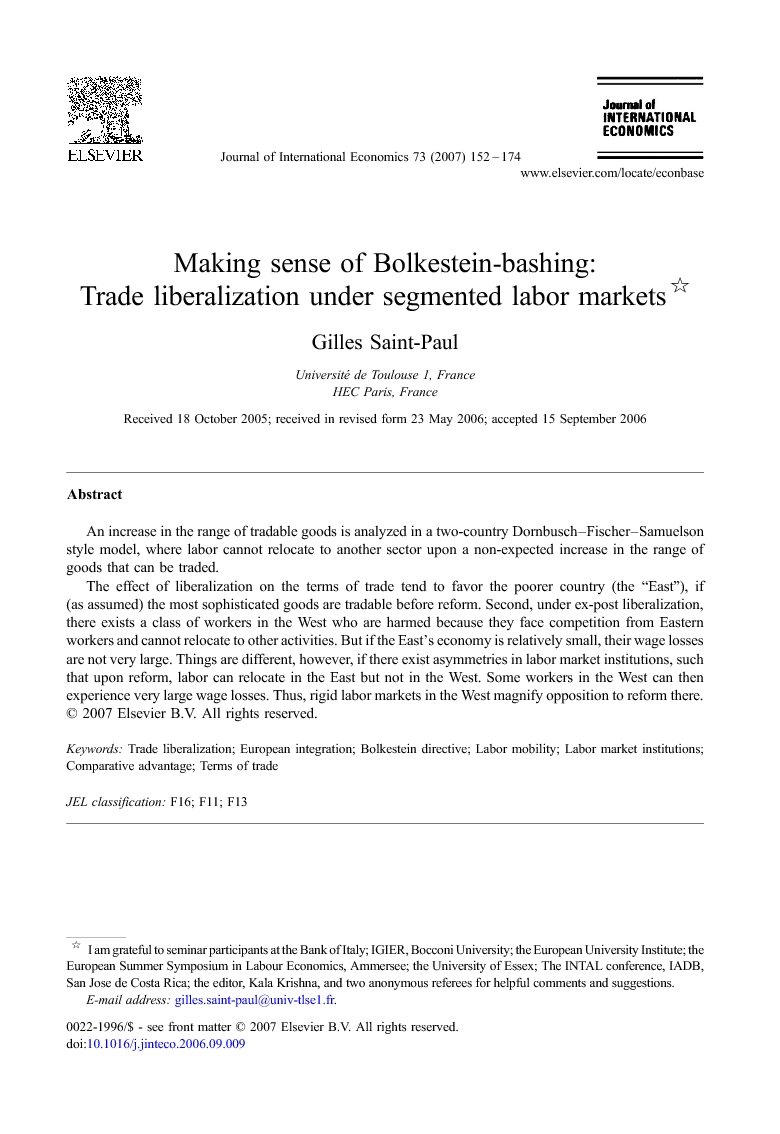 An increase in the range of tradable goods is analyzed in a two-country Dornbusch–Fischer–Samuelson style model, where labor cannot relocate to another sector upon a non-expected increase in the range of goods that can be traded. The effect of liberalization on the terms of trade tend to favor the poorer country (the “East”), if (as assumed) the most sophisticated goods are tradable before reform. Second, under ex-post liberalization, there exists a class of workers in the West who are harmed because they face competition from Eastern workers and cannot relocate to other activities. But if the East's economy is relatively small, their wage losses are not very large. Things are different, however, if there exist asymmetries in labor market institutions, such that upon reform, labor can relocate in the East but not in the West. Some workers in the West can then experience very large wage losses. Thus, rigid labor markets in the West magnify opposition to reform there.