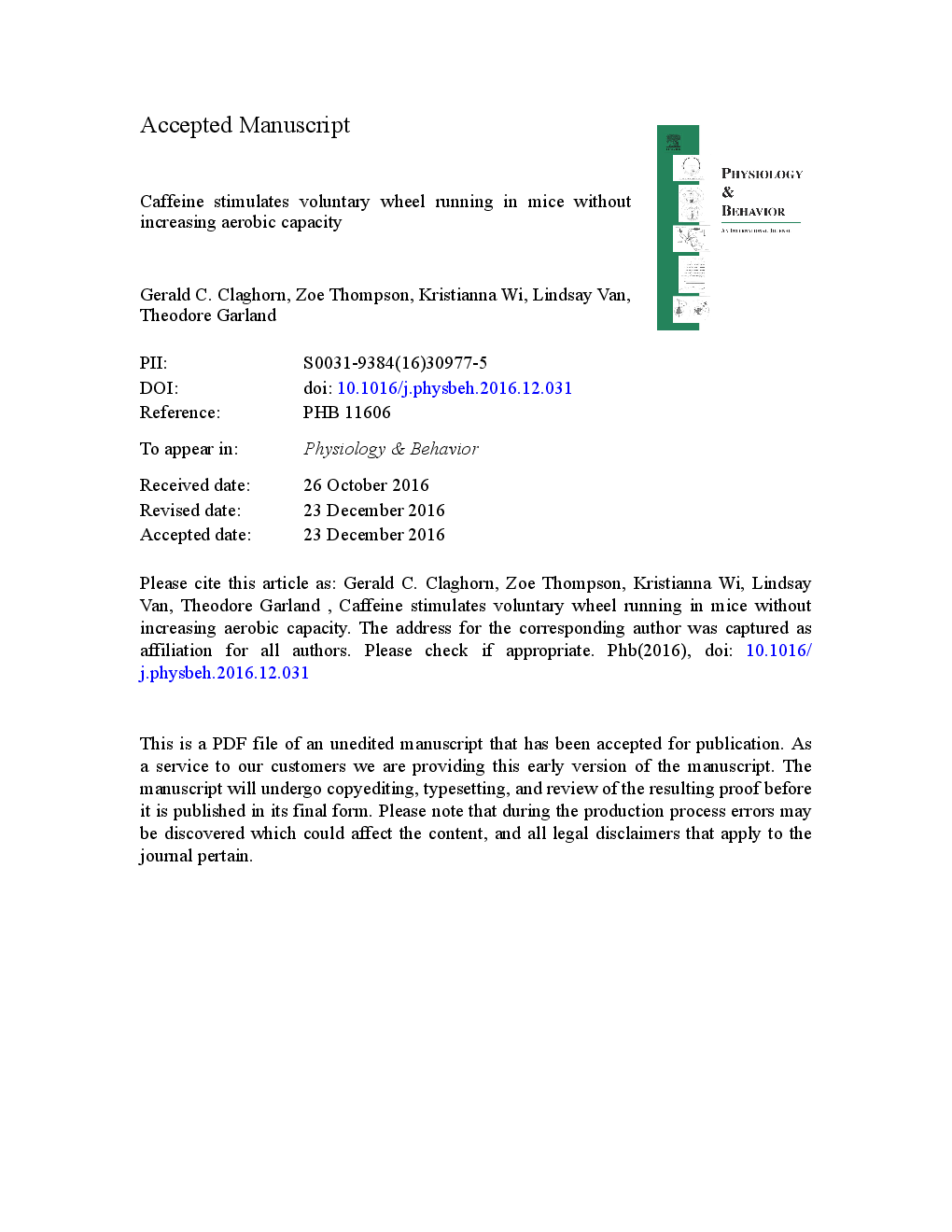 The âenergy drinkâ Red Bull and the âsports drinkâ Gatorade are often marketed to athletes, with claims that they cause performance gains. However, both are high in sugars, and also consumed by non-athletes. Few studies have addressed the effects of these drinks or their biologically active components in rodent exercise models. We used three experiments to test effects on both voluntary exercise behavior and maximal aerobic capacity in lines of mice known to differ in âathleticâ traits. Mice from four replicate High Runner (HR) lines have been selectively bred for voluntary running on wheels, and run approximately three times as many revolutions per day as do mice from four non-selected Control (C) lines. HR mice also have higher endurance and maximal oxygen consumption (VO2max) during forced treadmill exercise. In Experiment 1, we tested the hypothesis that Gatorade or Red Bull might cause or allow mice to increase their voluntary wheel running. On days 5 and 6 of 6Â days of wheel access, as is used to select breeders, HR mice ran 3.3-fold more than C, and females ran 1.2-fold more than males, with no linetype by sex interaction. On day 7, mice were administered Gatorade, Red Bull or tap water. During the subsequent 19-hour period, Gatorade had no statistical effect on running, but Red Bull significantly increased distance run by both sexes and in both HR and C lines. The increase in distance run caused by Red Bull was attributable to time spent running, not an increase in mean (or maximum) speed. As previous studies have found that sucrose alone does not generally increase wheel running, we tested two other active ingredients in Red Bull, caffeine and taurine, in Experiment 2. With a similar testing protocol, caffeine alone and caffeineÂ +Â taurine increased running by about half the magnitude of Red Bull. In Experiment 3, we tested the hypothesis that Red Bull or caffeine alone can increase physiological performance ability during aerobic exercise, measured as VO2max. In a repeated-measures design spanning 6Â days, females were housed with water bottles containing Red Bull, caffeine or water in a randomized order, and tested for VO2max twice while receiving each fluid (6 total trials). Neither Red Bull nor caffeine significantly affected either VO2max or a measure of trial cooperativity (rated on a scale of 1â5), but both treatments significantly reduced tiredness (rated on a scale of 1â3) scored at the end of trials for both HR and C lines. Taken together, our results suggest that caffeine increases voluntary exercise levels of mice by delaying fatigue, rather than increasing aerobic capacity.