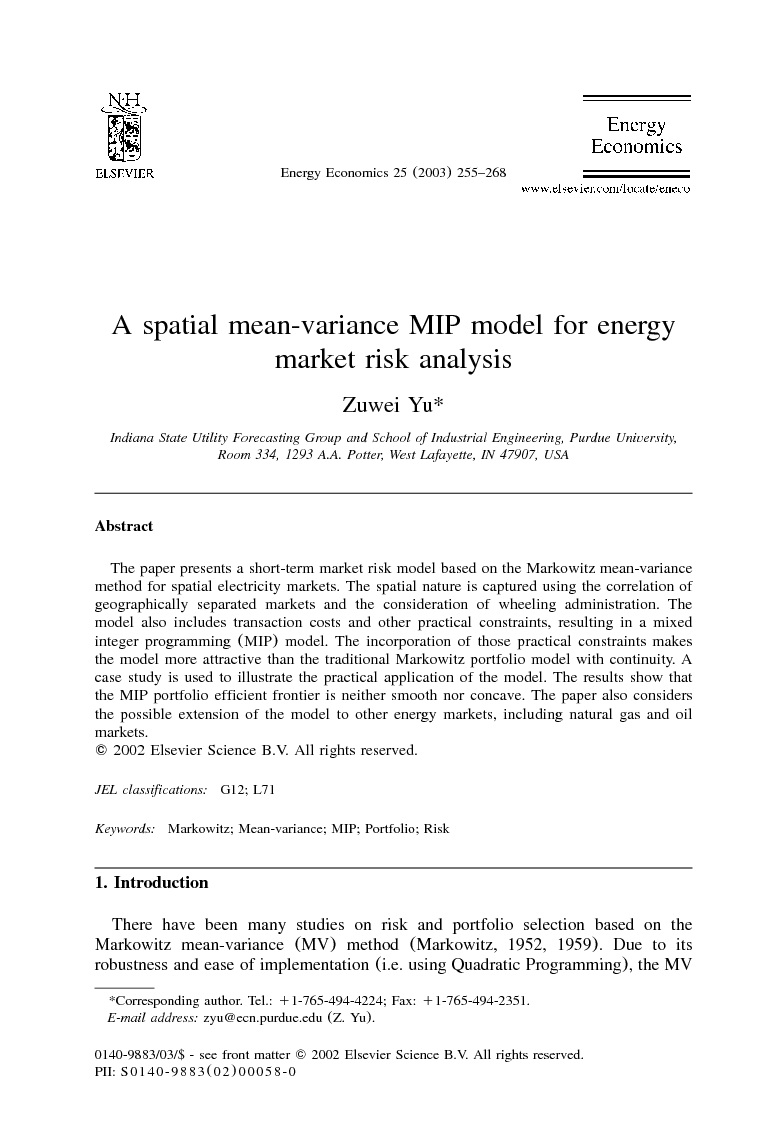 The paper presents a short-term market risk model based on the Markowitz mean-variance method for spatial electricity markets. The spatial nature is captured using the correlation of geographically separated markets and the consideration of wheeling administration. The model also includes transaction costs and other practical constraints, resulting in a mixed integer programming (MIP) model. The incorporation of those practical constraints makes the model more attractive than the traditional Markowitz portfolio model with continuity. A case study is used to illustrate the practical application of the model. The results show that the MIP portfolio efficient frontier is neither smooth nor concave. The paper also considers the possible extension of the model to other energy markets, including natural gas and oil markets.

This paper presents a short-term, spatial market risk model based on the Markowitz MV method for deregulated electricity markets. The model is for assessing the risk of profit making of competitive power producers in a multi-pool market setting. The spatial nature of the problem is captured through the use of inter-pool correlation and wheeling administration. The model also includes practical constraints such as transaction costs and wheeling contracting, leading to a MIP formulation. The case study shows the successful application of the model. An interesting observation is that the Markowitz MV efficient frontier is neither smooth nor concave mainly due to the addition of those physical constraints of the plants and fixed costs. The model can readily be extended to other energy markets with certain modifications as discussed in the paper.