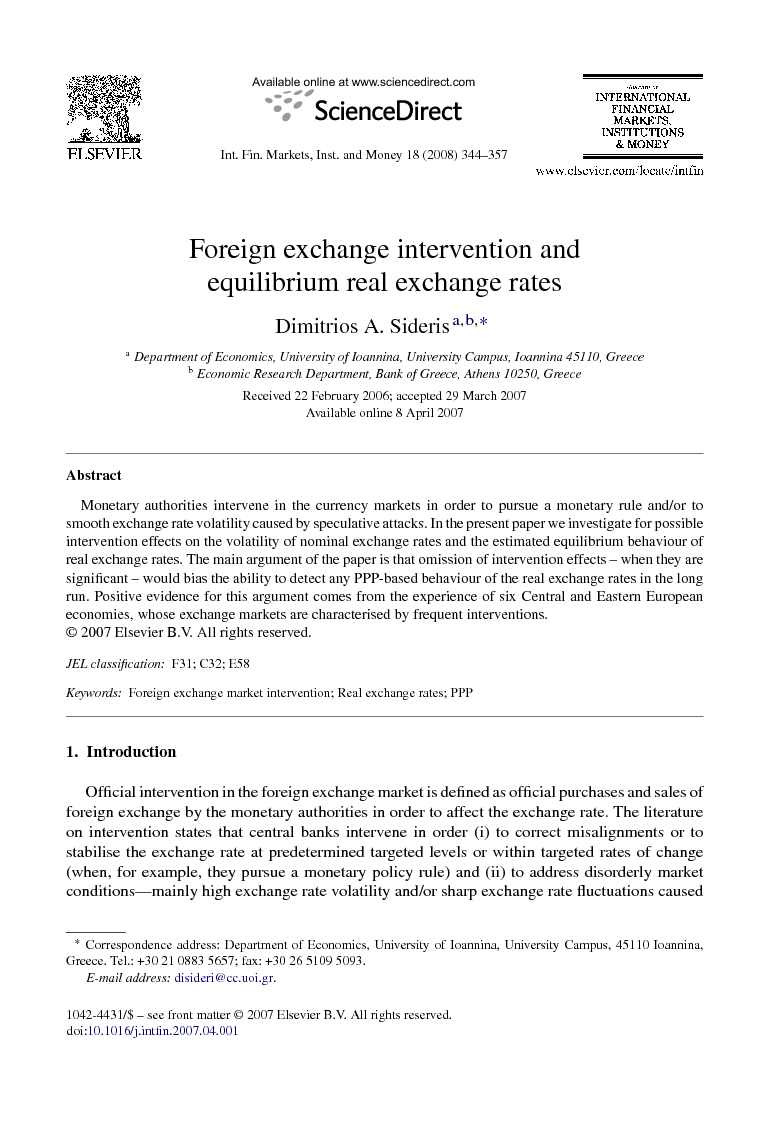 Monetary authorities intervene in the currency markets in order to pursue a monetary rule and/or to smooth exchange rate volatility caused by speculative attacks. In the present paper we investigate for possible intervention effects on the volatility of nominal exchange rates and the estimated equilibrium behaviour of real exchange rates. The main argument of the paper is that omission of intervention effects – when they are significant – would bias the ability to detect any PPP-based behaviour of the real exchange rates in the long run. Positive evidence for this argument comes from the experience of six Central and Eastern European economies, whose exchange markets are characterised by frequent interventions.