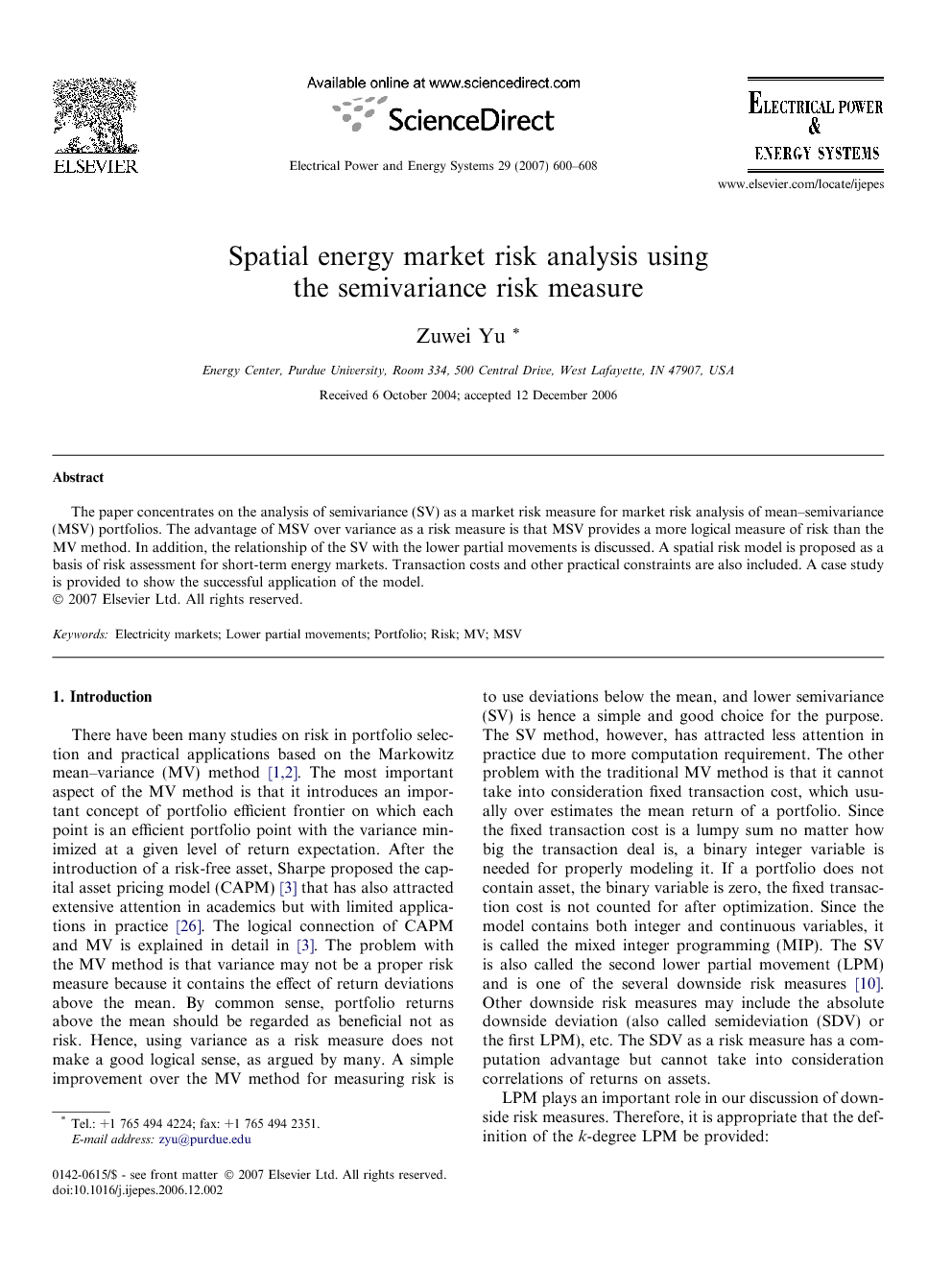 The paper concentrates on the analysis of semivariance (SV) as a market risk measure for market risk analysis of mean–semivariance (MSV) portfolios. The advantage of MSV over variance as a risk measure is that MSV provides a more logical measure of risk than the MV method. In addition, the relationship of the SV with the lower partial movements is discussed. A spatial risk model is proposed as a basis of risk assessment for short-term energy markets. Transaction costs and other practical constraints are also included. A case study is provided to show the successful application of the model.

The paper presents a spatial energy market risk model based on the Markowitz MSV method. The model is for assessing the risk of profit making of power producers in a multi-pool market setting. The model also includes practical constraints such as transaction costs and wheeling contracts, leading to a mixed integer formulation. The case study shows the successful application of the model. An interesting observation is that the Markowitz MSV efficient frontier is neither smooth nor concave mainly due to the addition of those physical constraints of the plants and fixed costs.