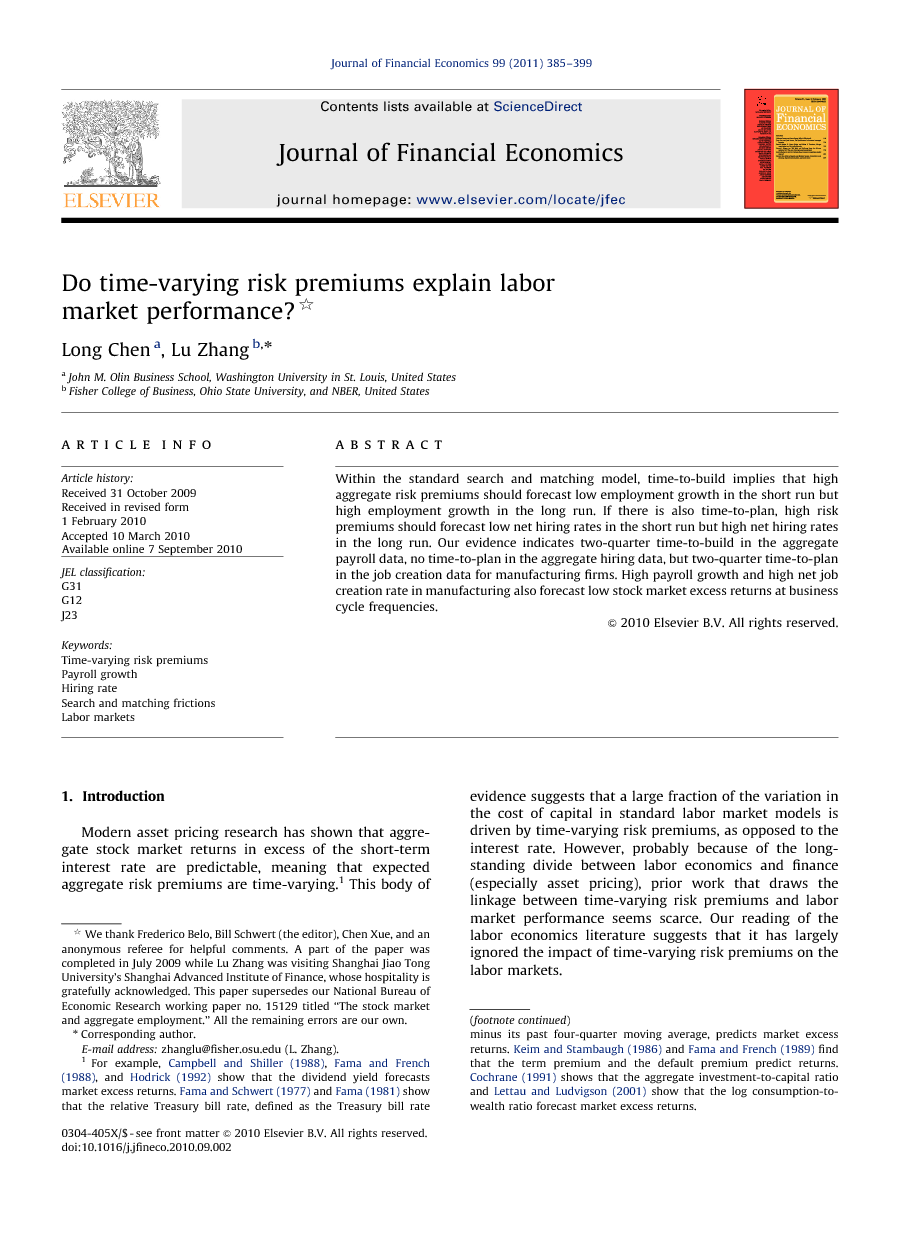 We show empirical linkages between the stock market and the labor market. We report three major findings. First, high aggregate risk premiums forecast low payroll growth within two quarters but high payroll growth in subsequent horizons. Second, high aggregate risk premiums forecast high net hiring rates for the overall economy from one to 16 quarters ahead. The evidence suggests that time-to-build, but not time-to-plan, is at work in the aggregate employment and hiring data. However, we also find that high aggregate risk premiums forecast low net job creation rates in manufacturing at the one-quarter horizon but high net job creation rates in the four- and eight-quarter horizons. The evidence suggests two-quarter time-to-plan in the manufacturing sector. Finally, we find that lagged payroll growth and net job creation rate in manufacturing predict market excess returns at business cycle frequencies, but that the net hiring rate for the overall economy does not. Our empirical analysis has implications for the existing labor economics literature. Most of the labor studies that build on the adjustment costs formulation of the labor demand (e.g., Hamermesh, 1996) or on the search and matching framework of Pissarides, 1985 and Pissarides, 2000 and Mortensen and Pissarides (1994) assume constant discount rates over the business cycles. However, the constant risk premiums cannot forecast future employment growth. Because of their log utility assumption, the general equilibrium models of Merz (1995), Andolfatto (1996), and Gertler and Trigari (2009) are likely to imply low and largely time-invariant risk premiums. As such, their models cannot explain our evidence on the linkages between time-varying risk premiums and labor market performance either. In all, our empirical analysis calls for a deep integration between labor economics and asset pricing.