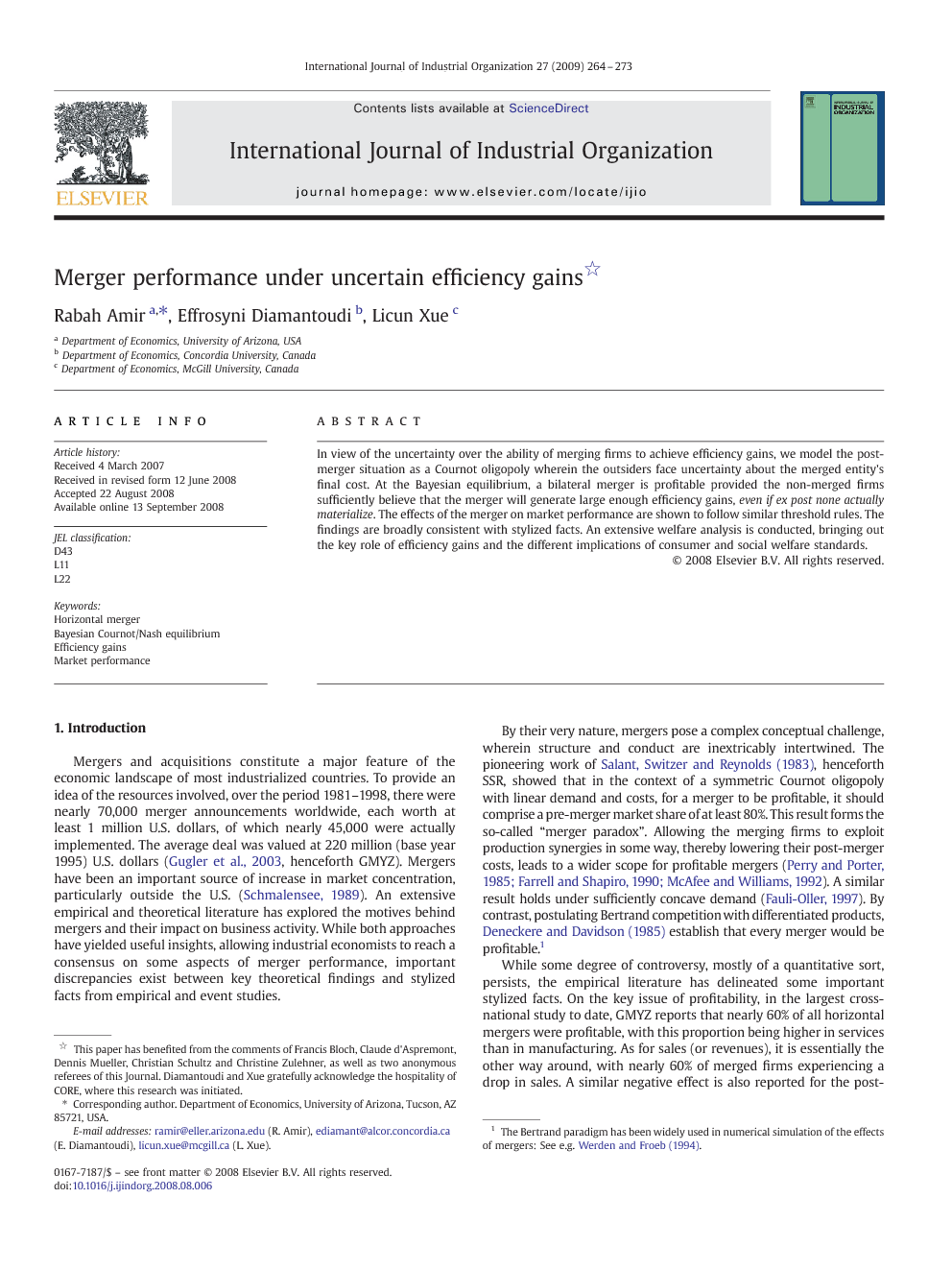 In view of the uncertainty over the ability of merging firms to achieve efficiency gains, we model the post-merger situation as a Cournot oligopoly wherein the outsiders face uncertainty about the merged entity's final cost. At the Bayesian equilibrium, a bilateral merger is profitable provided the non-merged firms sufficiently believe that the merger will generate large enough efficiency gains, even if ex post none actually materialize. The effects of the merger on market performance are shown to follow similar threshold rules. The findings are broadly consistent with stylized facts. An extensive welfare analysis is conducted, bringing out the key role of efficiency gains and the different implications of consumer and social welfare standards.

This paper argues that many of the circumstances surrounding mergers call for a theoretical model wherein the firms outside the merger face a new type of rival, characterized by unknown unit costs, reflecting their natural initial uncertainty about the ability of the merged firm to achieve any (of the claimed) efficiency gains. This pervasive uncertainty also affects the approval decision of antitrust authorities, and triggers the favorable response by financial markets. Within the obvious confines of a static model, the proposed Bayesian Cournot equilibrium leads to an outcome that is broadly consistent with much of the empirical evidence on the industry effects of mergers, on profits, price and market shares for the merged firm as well as for outsiders, at least in the short run. All in all, the model at hand reflects a simple and natural modification of the standard Cournot approach, based on an inherent informational advantage of the merged firm over outsiders, bringing about a surprising level of congruence with stylized facts. In terms of welfare, mergers lower consumer and social welfare for sure only in the worst-case scenario. In the other two scenarios, welfare depends on the levels of belief and the efficiency gain. An ex-ante profitable merger is necessarily beneficial for expected social welfare but not necessarily for expected consumer welfare. Overall, these results vindicate the central role assigned to efficiency gains in merger policy.