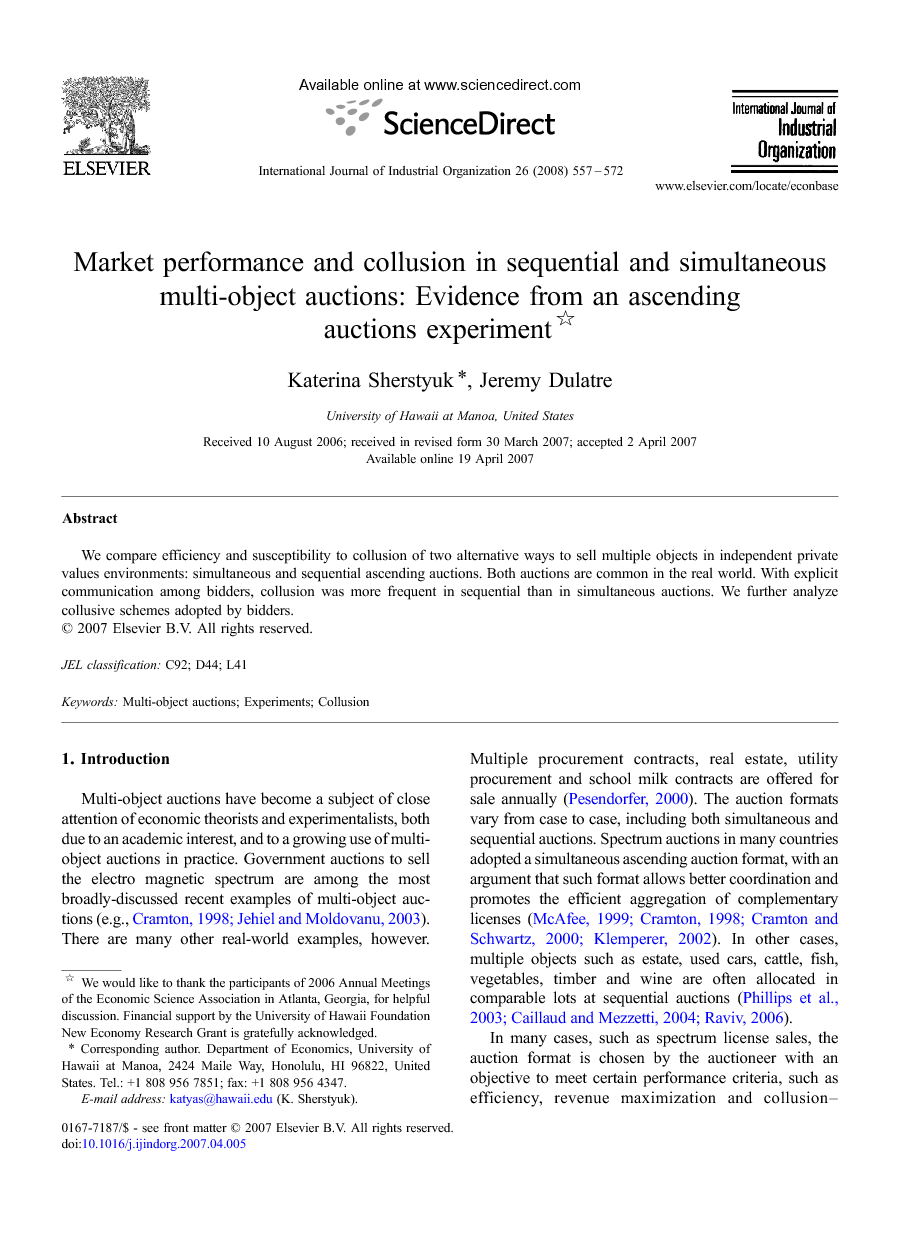 We compare efficiency and susceptibility to collusion of two alternative ways to sell multiple objects in independent private values environments: simultaneous and sequential ascending auctions. Both auctions are common in the real world. With explicit communication among bidders, collusion was more frequent in sequential than in simultaneous auctions. We further analyze collusive schemes adopted by bidders.

The data from the experimental sessions are summarized in Table 1, Table 2 and Table 3 and Fig. 1, Fig. 2 and Fig. 3. Table 1, Table 2 and Table 3 list average market prices, efficiencies, and bidder payoffs per auction, pooled by session and treatment. Since the hard closing rule was used in two of the three treatments, we compare the actual data with the first price sealed bid (SB) auction predictions as well as with the ascending English auction (EA) predictions (see Roth and Ockenfels, 2002).11Fig. 1, Fig. 2 and Fig. 3 present market price dynamics for each session, in comparison with EA competitive predictions, by treatment. For expositional convenience, each auction in both SEQ and SIM treatments is represented as a separate period in the figures. For example, periods 1, 2, 3, 4 in the figures correspond to auctions for goods A, B, C, D in series 1. The auction series are separated by vertical lines.