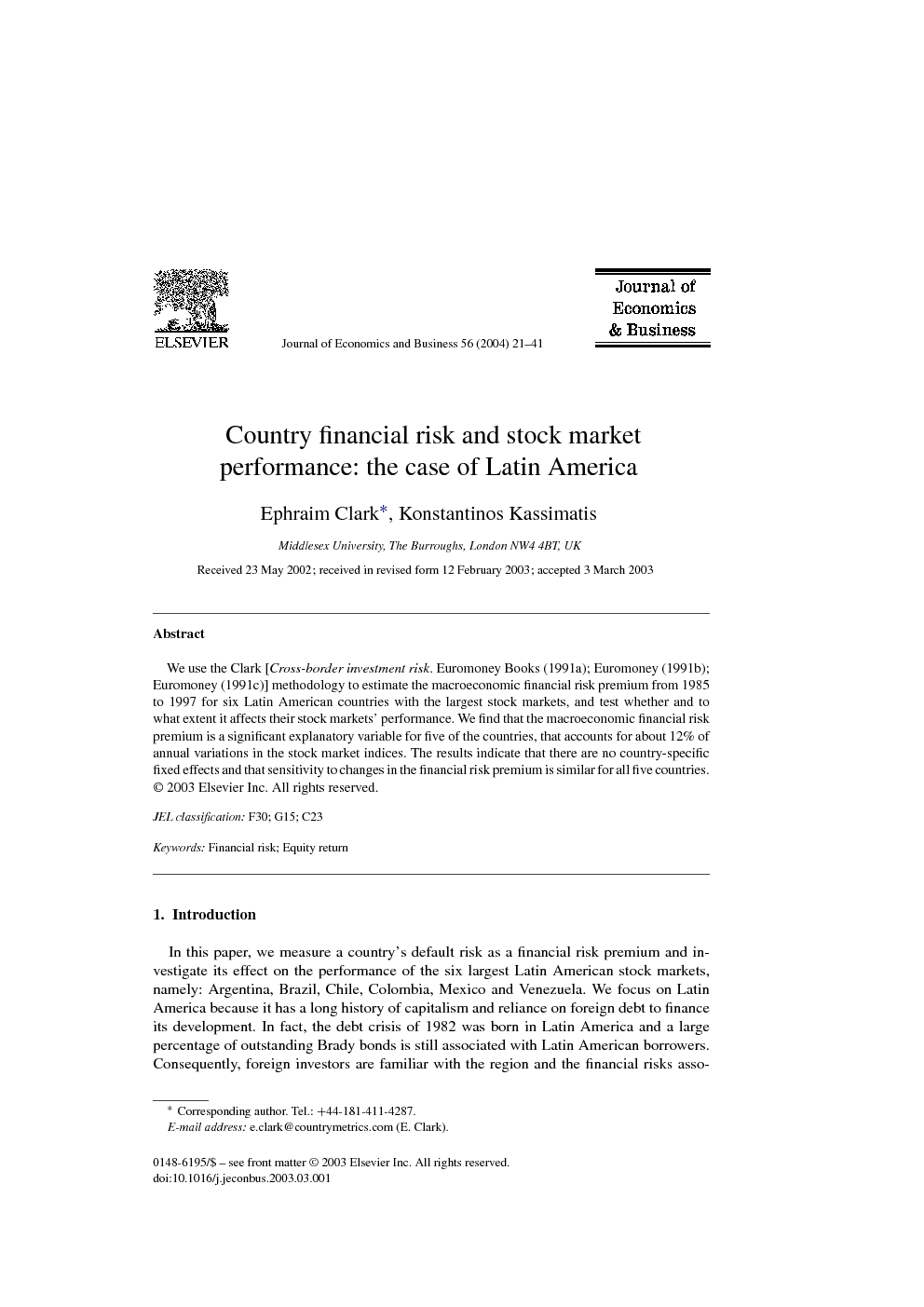 In this paper, we estimate the country financial risk premium for six Latin American countries and test its effects on the performance of the stock markets in those countries. The countries we examine are the largest Latin American markets, namely: Argentina, Brazil, Chile, Colombia, Mexico and Venezuela. We find that changes in the financial risk premium explain about 12% of annual variations in the stock market indices for five of the countries in question, Argentina excepted. The coefficients are significant and have the right sign. The results are also robust in that the financial risk premium remains significant when the other important macro explanatory variables suggested in the literature are added. We conclude that the country financial risk premium developed in the paper plays an important role in the performance of the stock markets of the five countries, Brazil, Chile, Colombia, Mexico and Venezuela. These results stand in contrast to those of Erb et al. (1996b), who found no relationship between country risk ratings supplied by professional providers and stock market performance for developing countries. Testing for Argentina suggests that the financial risk premium plays a significant role but this role is influenced by Argentina’s structural organization and the effects of the beef cycle. Interestingly, we find no evidence of country-specific fixed effects across the six countries, which suggests that they all have similar systematic risk or that there is a strong regional or “address” effect at work. Except for Argentina, there is no significant country-specific sensitivity effect either. This suggests that on average the five countries are similar with respect to their relative position vis a vis the rest of the world. A detailed analysis of why this should be so is outside the scope of this paper and will be the focus of our ongoing research. However, we can say that besides being from the same region with a common Spanish/Portuguese heritage, they are all, to a certain degree, at similar stages of economic, financial, social and political development, which might explain the similarities.