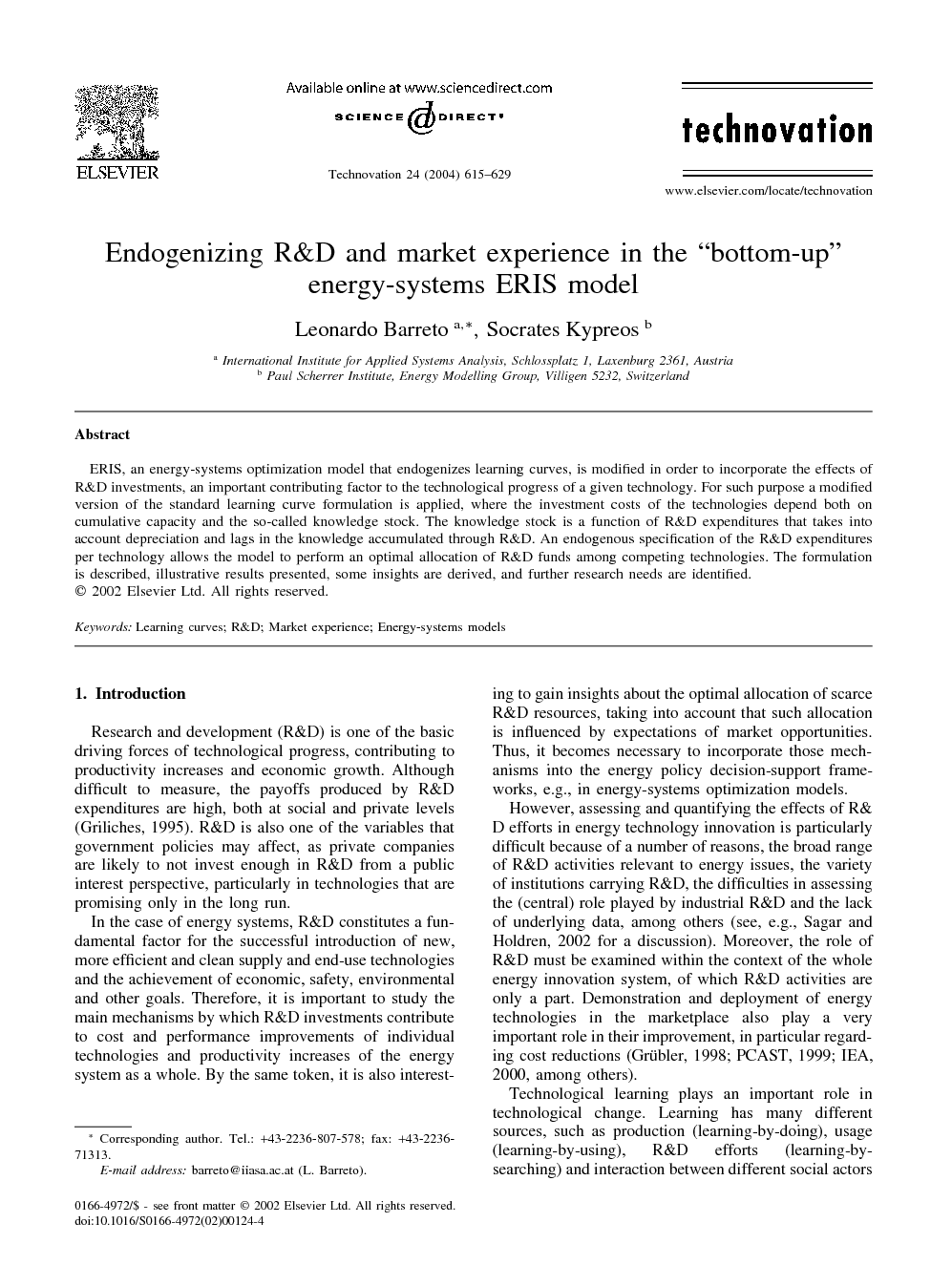 ERIS, an energy-systems optimization model that endogenizes learning curves, is modified in order to incorporate the effects of R&D investments, an important contributing factor to the technological progress of a given technology. For such purpose a modified version of the standard learning curve formulation is applied, where the investment costs of the technologies depend both on cumulative capacity and the so-called knowledge stock. The knowledge stock is a function of R&D expenditures that takes into account depreciation and lags in the knowledge accumulated through R&D. An endogenous specification of the R&D expenditures per technology allows the model to perform an optimal allocation of R&D funds among competing technologies. The formulation is described, illustrative results presented, some insights are derived, and further research needs are identified.