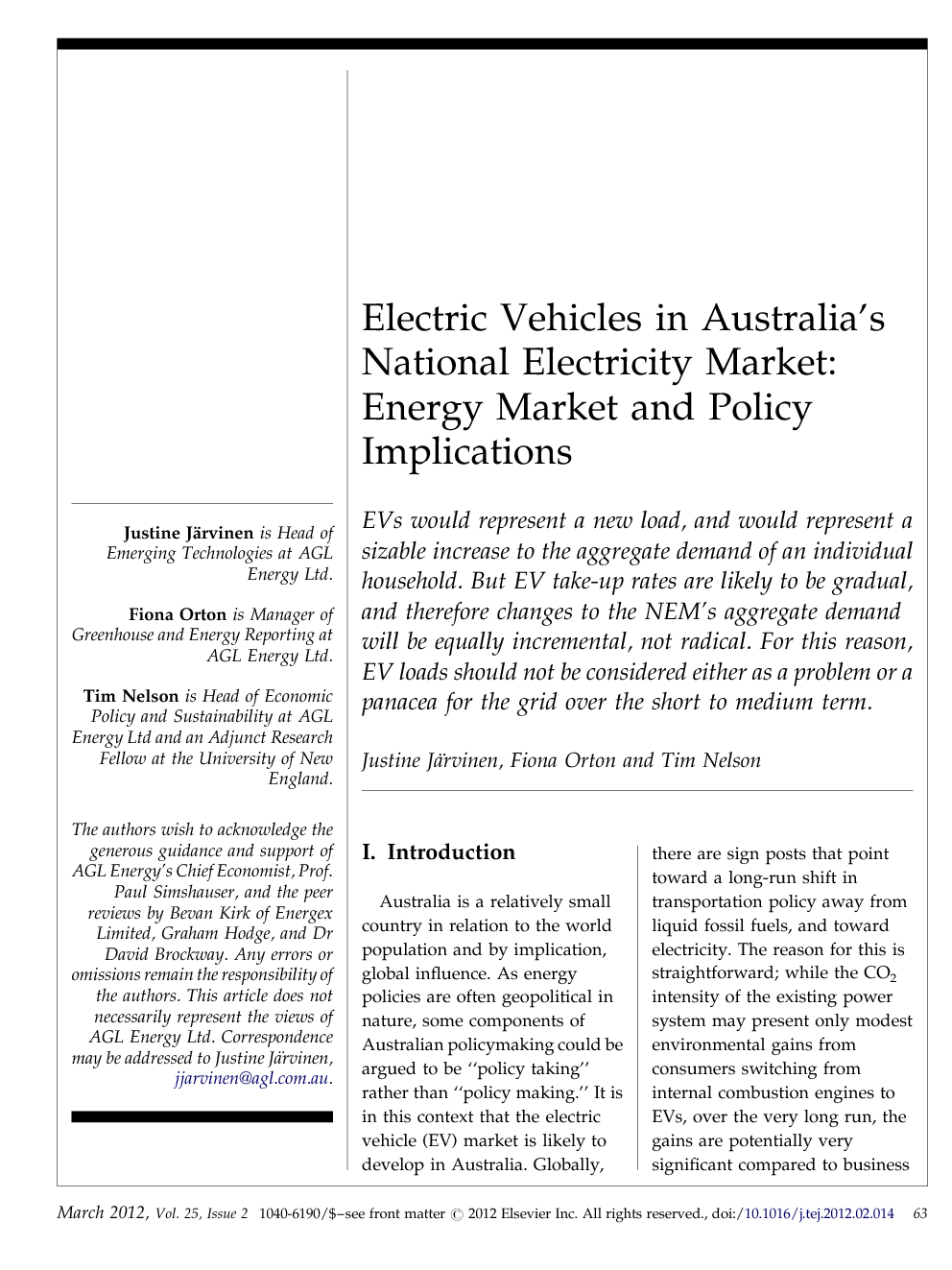 EVs would represent a new load, and would represent a sizable increase to the aggregate demand of an individual household. But EV take-up rates are likely to be gradual, and therefore changes to the NEM's aggregate demand will be equally incremental, not radical. For this reason, EV loads should not be considered either as a problem or a panacea for the grid over the short to medium term.