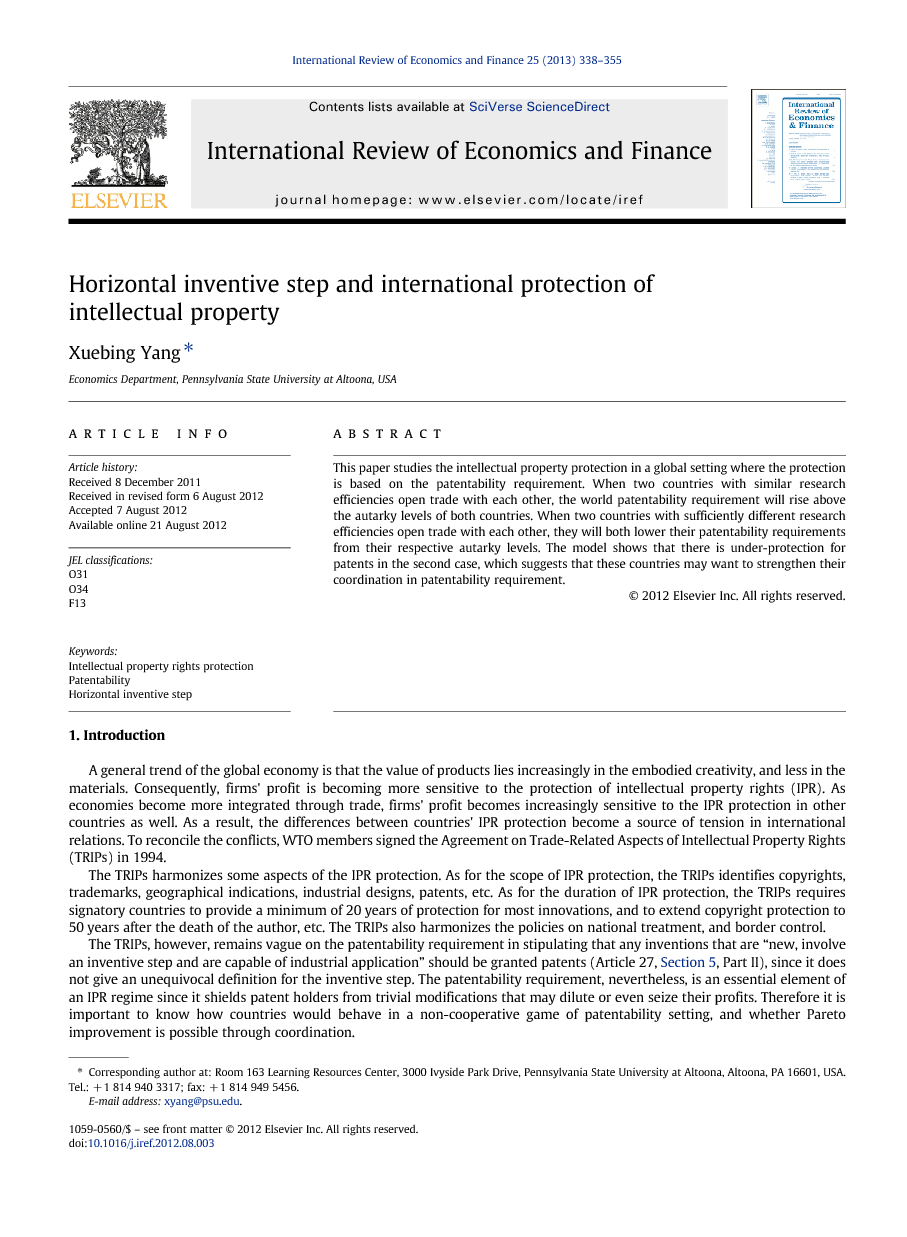 In this paper, we employ a dynamic general equilibrium model of product innovation to analyze the patentability requirement in a global setting. Our analysis shows that when two countries have similar (but different) research technologies, the leading country raises its patentability requirement to attract research activities from the other country. This reallocation will benefit the leading country at the expense of the other country. This result has the policy implication that patentability requirements could be used to affect the allocation of global research activities under some circumstances. It echoes McAusland and Kuhn's (2011) result that government can use IPR protection to attract immigration of researchers in a non-cooperative game. Our paper also analyzes a case where two countries with sufficiently different research efficiencies trade with each other. This case is a good approximation of the current world since (1) developed countries and developing countries have quite different research technologies, and (2) they are basically playing an uncooperative game of setting patentability requirements. Our analysis shows that in this case there is under-protection for IPR in terms of patentability requirements. This has a policy suggestion that developed and developing countries should strengthen their coordination in patentability requirement so as to avoid under-protection for IPR. It would be interesting to empirically verify the prediction of under-protection for IPR in the North–South case, and to measure the magnitude of under-protection if it exists. This line of research would provide useful guidance for future IPR protection negotiations between countries. To keep the model tractable, we make some stylized assumptions about research, knowledge diffusion, patenting, and trade. The implications of some of these assumptions are discussed in the text and the appendix. This paper only discusses two open-economy cases that are most relevant for policy issues. Discussion on other cases or a setup that obviates the taxonomy altogether may be potential topics for future research.