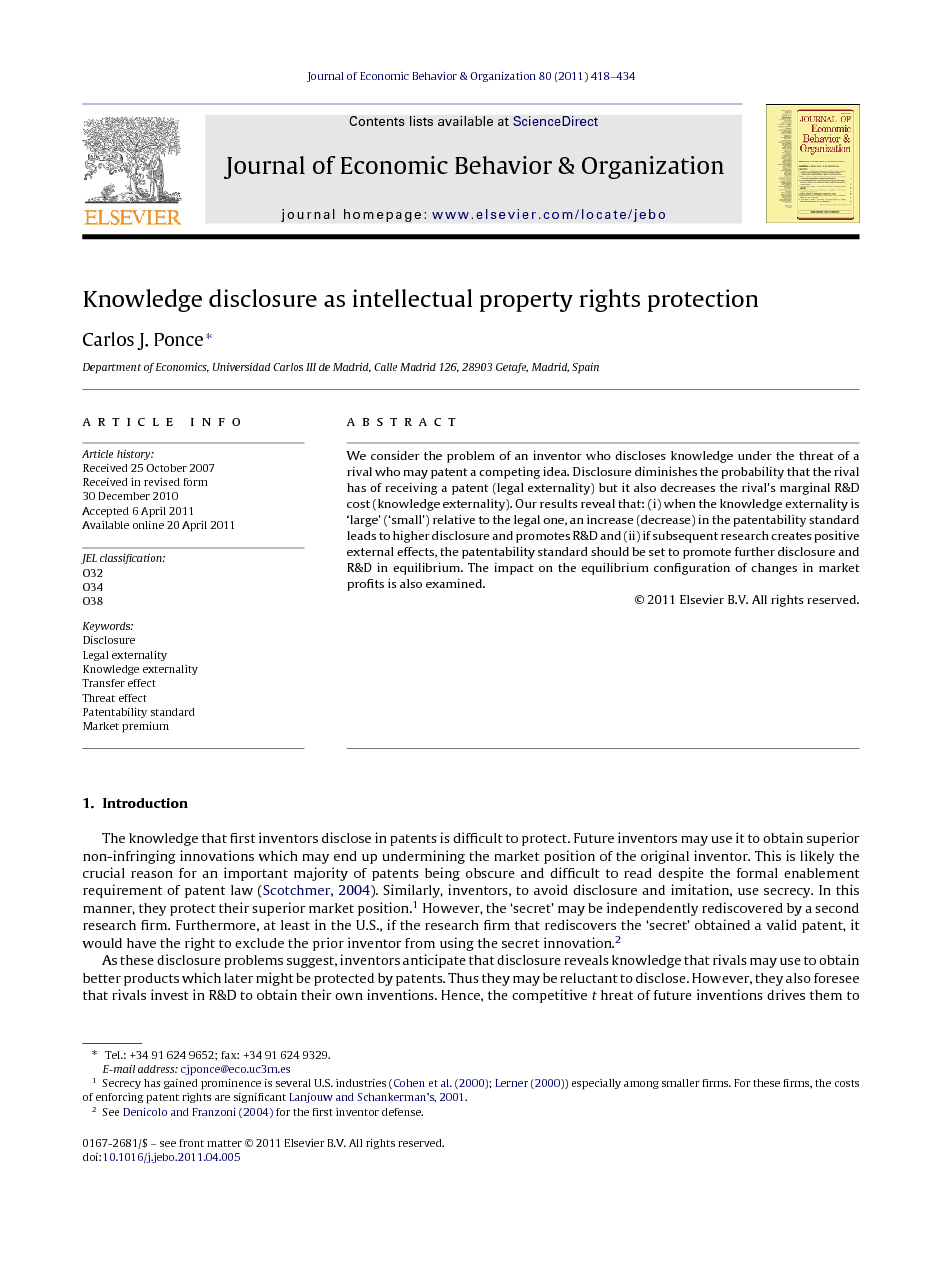 We consider the problem of an inventor who discloses knowledge under the threat of a rival who may patent a competing idea. Disclosure diminishes the probability that the rival has of receiving a patent (legal externality) but it also decreases the rival’s marginal R&D cost (knowledge externality). Our results reveal that: (i) when the knowledge externality is ‘large’ (‘small’) relative to the legal one, an increase (decrease) in the patentability standard leads to higher disclosure and promotes R&D and (ii) if subsequent research creates positive external effects, the patentability standard should be set to promote further disclosure and R&D in equilibrium. The impact on the equilibrium configuration of changes in market profits is also examined.

This paper has examined how first inventors can manipulate their private knowledge to make more difficult the patenting of future competing innovations. We envision one interesting avenue for future research: The possibility of considering licensing agreements between the inventors. As the knowledge possessed by prior inventors is useful for pursuing further R&D, potential knowledge agreements between sequential and competing inventors seem a natural alternative.39 The determination of disclosure under the shadow of potential negotiations between rival parties remains largely unexplored. By increasing the disclosure level, a prior inventor makes more difficult the patenting of a competing idea. However, her bargaining position could also be weaker since the amount of excludable and hence negotiable knowledge would be necessarily smaller. These issues, crucial to understand how knowledge is disseminated when it can be traded, are left for future research.