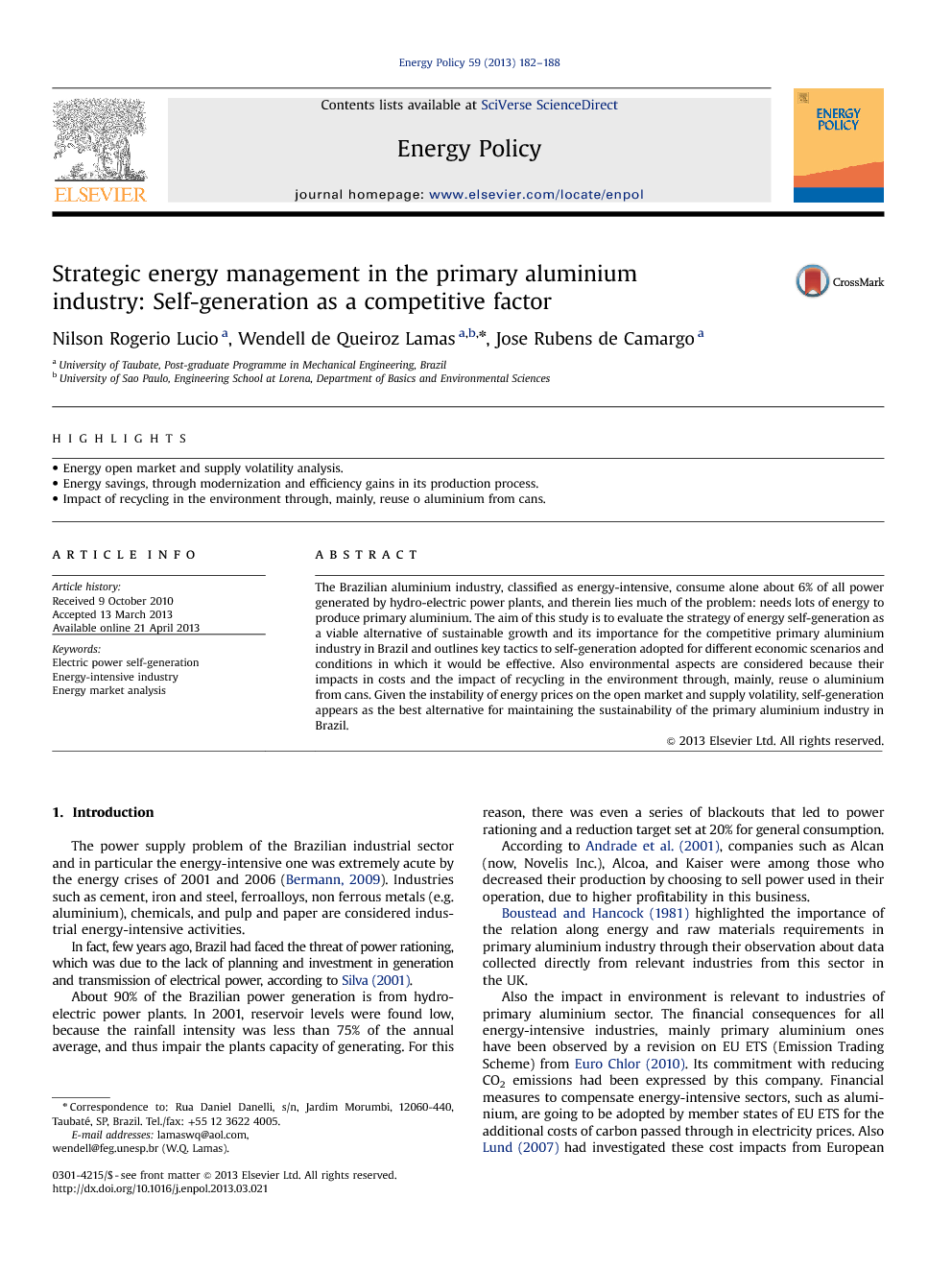 The Brazilian aluminium industry, classified as energy-intensive, consume alone about 6% of all power generated by hydro-electric power plants, and therein lies much of the problem: needs lots of energy to produce primary aluminium. The aim of this study is to evaluate the strategy of energy self-generation as a viable alternative of sustainable growth and its importance for the competitive primary aluminium industry in Brazil and outlines key tactics to self-generation adopted for different economic scenarios and conditions in which it would be effective. Also environmental aspects are considered because their impacts in costs and the impact of recycling in the environment through, mainly, reuse o aluminium from cans. Given the instability of energy prices on the open market and supply volatility, self-generation appears as the best alternative for maintaining the sustainability of the primary aluminium industry in Brazil.