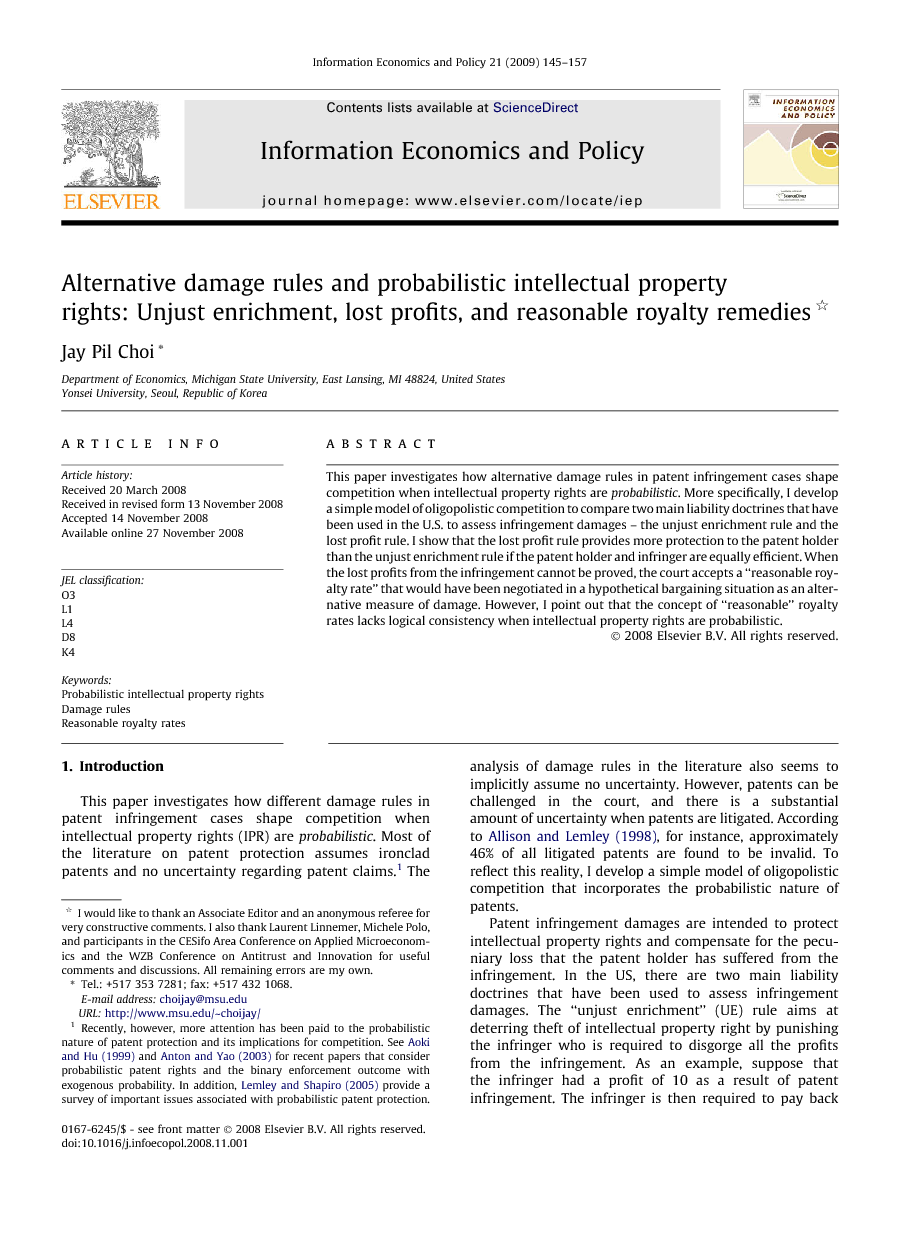 This paper investigates how alternative damage rules in patent infringement cases shape competition when intellectual property rights are probabilistic. More specifically, I develop a simple model of oligopolistic competition to compare two main liability doctrines that have been used in the U.S. to assess infringement damages – the unjust enrichment rule and the lost profit rule. I show that the lost profit rule provides more protection to the patent holder than the unjust enrichment rule if the patent holder and infringer are equally efficient. When the lost profits from the infringement cannot be proved, the court accepts a “reasonable royalty rate” that would have been negotiated in a hypothetical bargaining situation as an alternative measure of damage. However, I point out that the concept of “reasonable” royalty rates lacks logical consistency when intellectual property rights are probabilistic.

I have developed a simple model of product innovation in which I analyzed how different damage rules in patent infringement cases shape competition when intellectual property rights are probabilistic. In particular, I compared two infringement damage rules used in the US – the unjust enrichment rule and the lost profit rule. Ex post innovation, these two rules are equivalent in terms of outputs and social welfare if the patent holder and the potential infringer are equally efficient. However, with asymmetric inefficiency and a linear demand, the LP rule generates higher social welfare than the UE rule if and only if the patent holder is more efficient than the imitator. The analysis has implications for the effects of partial ownership in the industry since the competitive effects of damage rules are isomorphic to those of partial ownership. It also points out the logical inconsistency in the concept of the “reasonable royalty rates” when intellectual property rights are not ironclad, and suggests a more flexible approach to the notion of hypothetical negotiation by allowing the use of relevant “post-negotiation” information in setting the reasonable royalty rate.