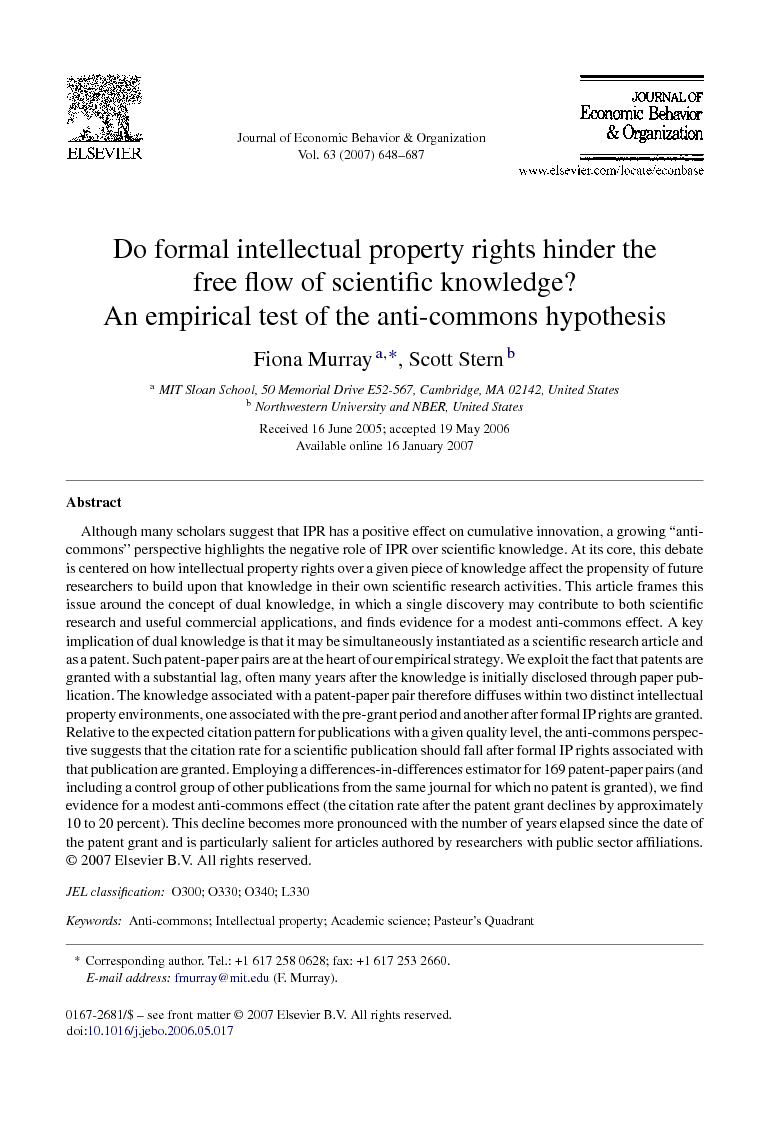 Although many scholars suggest that IPR has a positive effect on cumulative innovation, a growing “anti-commons” perspective highlights the negative role of IPR over scientific knowledge. At its core, this debate is centered on how intellectual property rights over a given piece of knowledge affect the propensity of future researchers to build upon that knowledge in their own scientific research activities. This article frames this issue around the concept of dual knowledge, in which a single discovery may contribute to both scientific research and useful commercial applications, and finds evidence for a modest anti-commons effect. A key implication of dual knowledge is that it may be simultaneously instantiated as a scientific research article and as a patent. Such patent-paper pairs are at the heart of our empirical strategy. We exploit the fact that patents are granted with a substantial lag, often many years after the knowledge is initially disclosed through paper publication. The knowledge associated with a patent-paper pair therefore diffuses within two distinct intellectual property environments, one associated with the pre-grant period and another after formal IP rights are granted. Relative to the expected citation pattern for publications with a given quality level, the anti-commons perspective suggests that the citation rate for a scientific publication should fall after formal IP rights associated with that publication are granted. Employing a differences-in-differences estimator for 169 patent-paper pairs (and including a control group of other publications from the same journal for which no patent is granted), we find evidence for a modest anti-commons effect (the citation rate after the patent grant declines by approximately 10 to 20 percent). This decline becomes more pronounced with the number of years elapsed since the date of the patent grant and is particularly salient for articles authored by researchers with public sector affiliations.