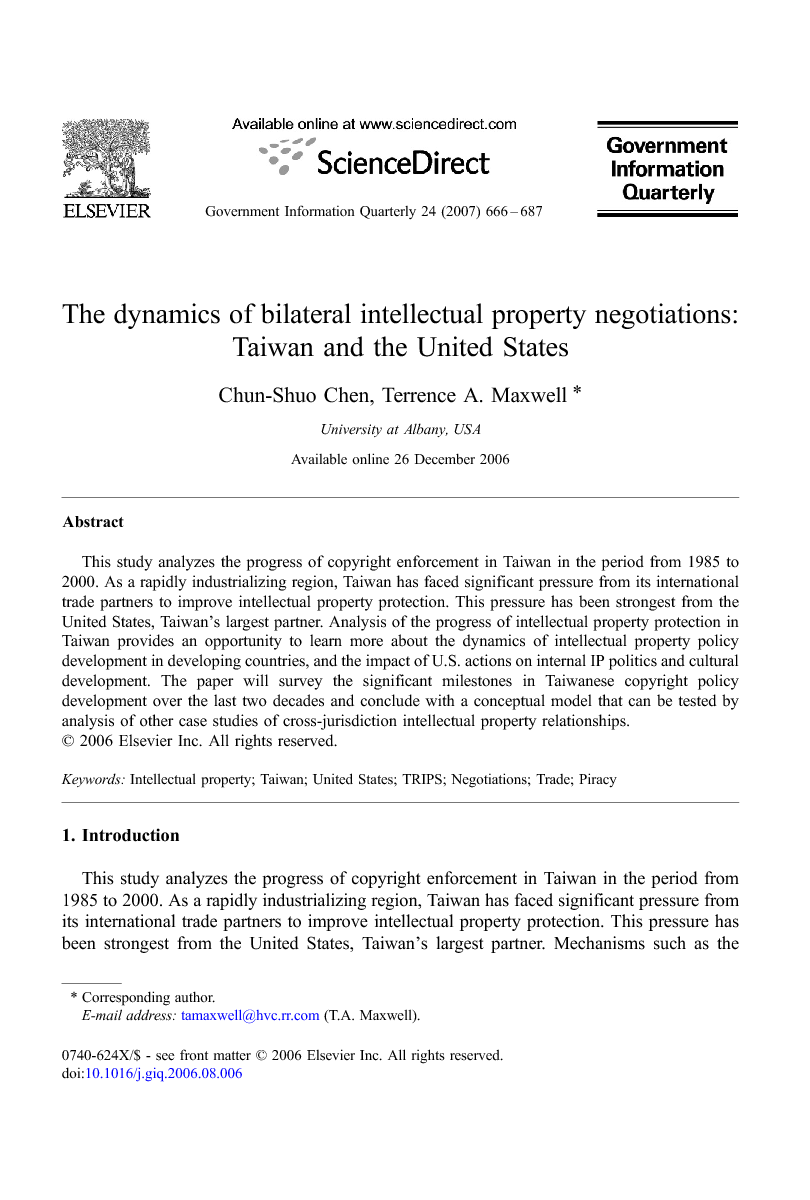 This study analyzes the progress of copyright enforcement in Taiwan in the period from 1985 to 2000. As a rapidly industrializing region, Taiwan has faced significant pressure from its international trade partners to improve intellectual property protection. This pressure has been strongest from the United States, Taiwan's largest partner. Mechanisms such as the Special 301 Provision of the 1974 U.S. Trade Act have played an important role of pressuring Taiwan to improve copyright enforcement. Media companies based in the United States have also had a significant impact, as their branches in Taiwan have undertaken litigation against copyright infringers. Within this context, Taiwan's Intellectual Property Office (TIPO) was established as a dedicated governmental agency responsible for copyright enforcement and public education within Taiwan, and advocacy for Taiwan's position to the United States and other trading partners. In Taiwan, copyright enforcement is seen both as an information and economic policy issue. In order to avoid trade sanctions, the Taiwanese government has been consistently attentive to the annual Special 301 Report and is diligent in addressing the U.S. Trade Representative's (USTR) concerns. From an internal perspective, strong intellectual property protections are increasingly viewed as beneficial for improving Taiwan's investment climate by helping Taiwan's industries to develop and protect their own IPR portfolios. Analysis of the progress of intellectual property protection in Taiwan provides an opportunity to learn more about the dynamics of intellectual property policy development in developing countries, and the impact of U.S. actions on internal IP politics and cultural development. The paper will survey the significant milestones in Taiwanese copyright policy development over the last two decades and conclude with a conceptual model that can be tested through analysis of other case studies of cross-jurisdiction intellectual property relationships.