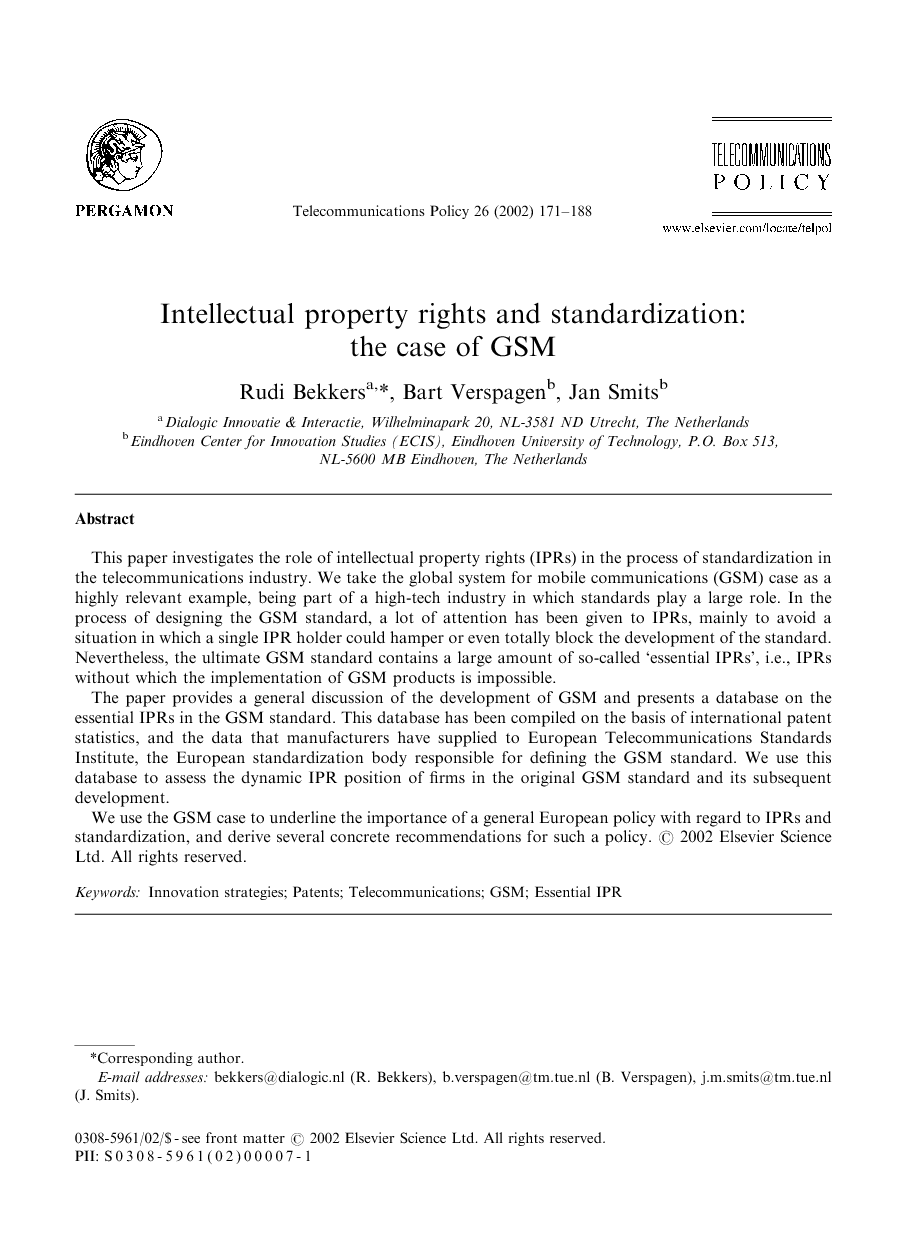 This paper investigates the role of intellectual property rights (IPRs) in the process of standardization in the telecommunications industry. We take the global system for mobile communications (GSM) case as a highly relevant example, being part of a high-tech industry in which standards play a large role. In the process of designing the GSM standard, a lot of attention has been given to IPRs, mainly to avoid a situation in which a single IPR holder could hamper or even totally block the development of the standard. Nevertheless, the ultimate GSM standard contains a large amount of so-called ‘essential IPRs’, i.e., IPRs without which the implementation of GSM products is impossible. The paper provides a general discussion of the development of GSM and presents a database on the essential IPRs in the GSM standard. This database has been compiled on the basis of international patent statistics, and the data that manufacturers have supplied to European Telecommunications Standards Institute, the European standardization body responsible for defining the GSM standard. We use this database to assess the dynamic IPR position of firms in the original GSM standard and its subsequent development. We use the GSM case to underline the importance of a general European policy with regard to IPRs and standardization, and derive several concrete recommendations for such a policy.