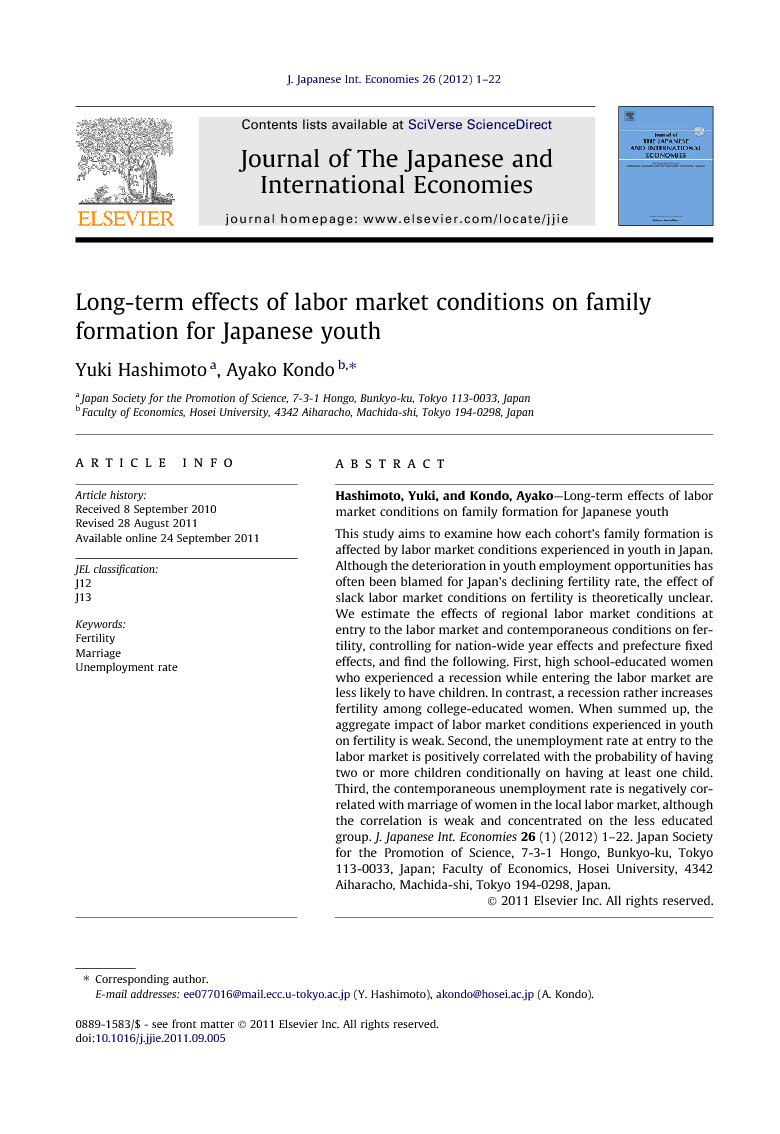 We have shown that the aggregate effect of local labor market conditions on fertility is subtle. However, a breakdown by educational background reveals that the effect of unemployment rate at entry to the labor market on fertility is negative for less educated women and positive for more educated women. The positive effect for more educated women is consistent with the substitution effect typically observed by existing studies in the United States. The negative effect for less educated women may be attributable to a stronger income effect, the lack of job security during the maternity leave, or the lack of matching opportunities for non-regular female employees. In any case, the overall effect of labor market conditions experienced in youth on family formation is weak, despite the well-documented persistent effect of labor market conditions at entry on subsequent employment and earnings. Although it might have delayed marriage timing slightly, the deteriorating employment prospects for Japanese youth is not likely to be the primary reason of the declining fertility. This result implies that, even though restoring the employment prospects of young Japanese is an important policy challenge on its own, it is unlikely to be an effective policy for increasing the fertility rate.