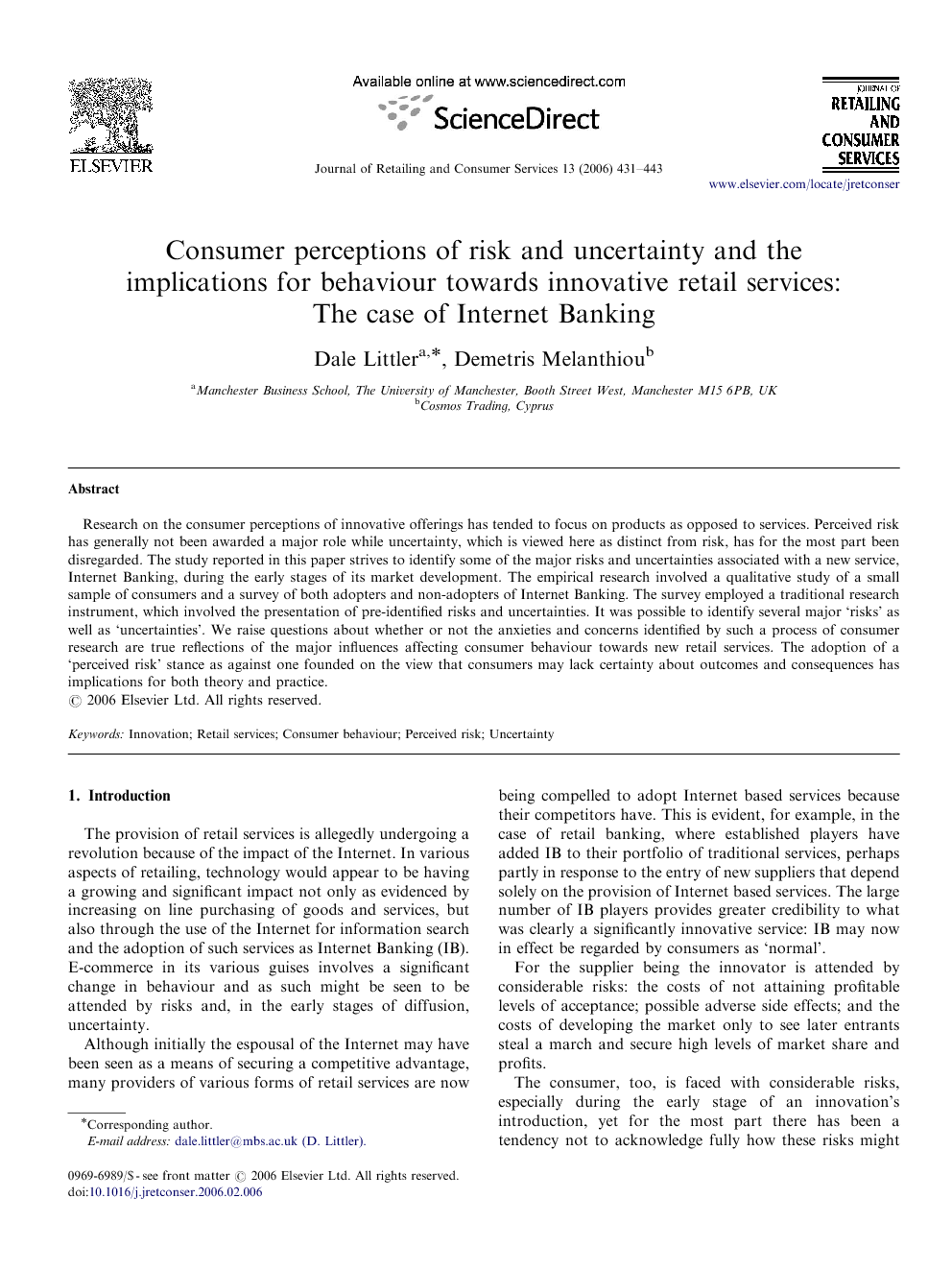 Research on the consumer perceptions of innovative offerings has tended to focus on products as opposed to services. Perceived risk has generally not been awarded a major role while uncertainty, which is viewed here as distinct from risk, has for the most part been disregarded. The study reported in this paper strives to identify some of the major risks and uncertainties associated with a new service, Internet Banking, during the early stages of its market development. The empirical research involved a qualitative study of a small sample of consumers and a survey of both adopters and non-adopters of Internet Banking. The survey employed a traditional research instrument, which involved the presentation of pre-identified risks and uncertainties. It was possible to identify several major ‘risks’ as well as ‘uncertainties’. We raise questions about whether or not the anxieties and concerns identified by such a process of consumer research are true reflections of the major influences affecting consumer behaviour towards new retail services. The adoption of a ‘perceived risk’ stance as against one founded on the view that consumers may lack certainty about outcomes and consequences has implications for both theory and practice.