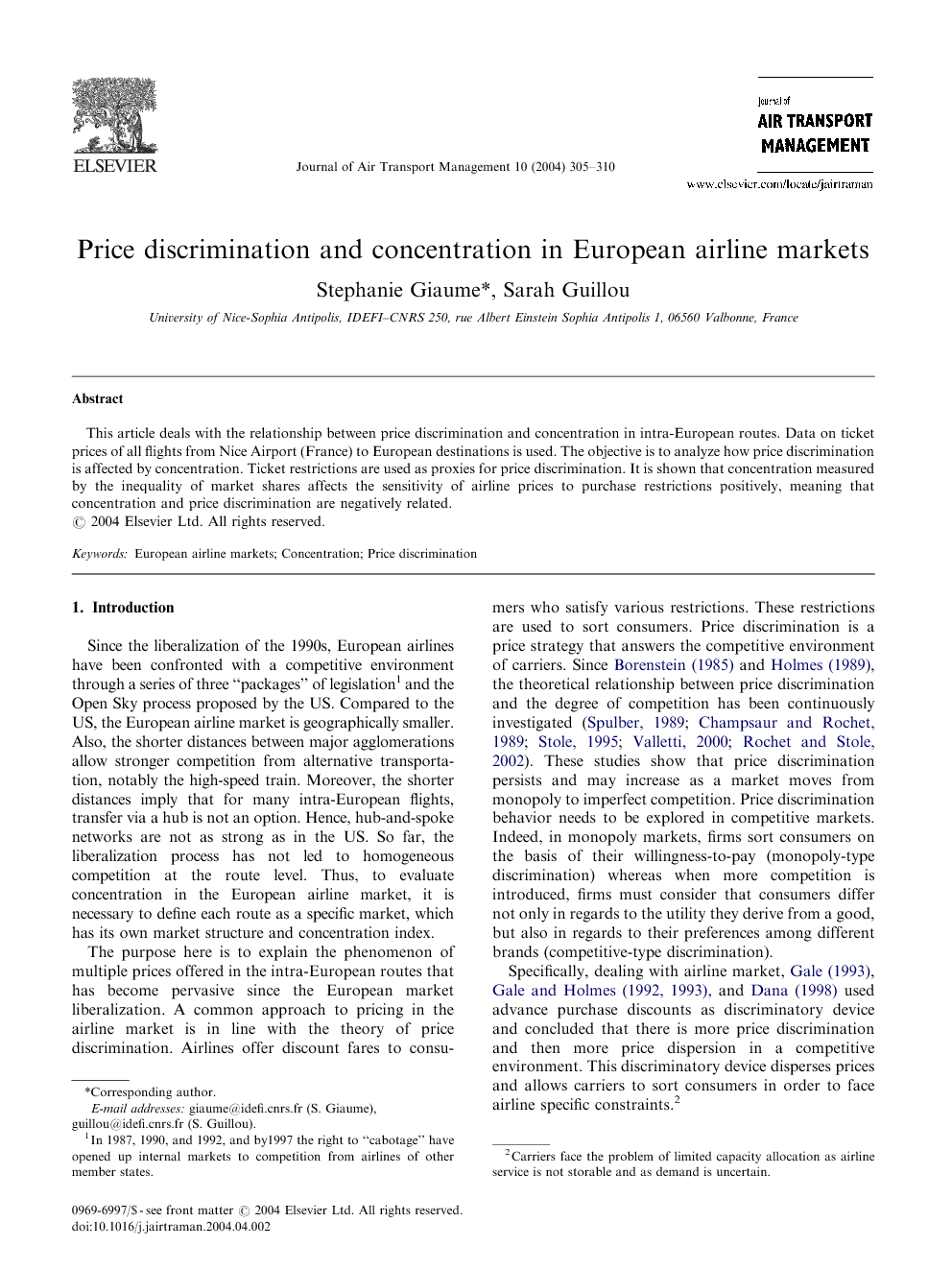 The empirical analysis shows that concentration has a negative effect on the level of prices in the European airlines market. This result is not supported by the empirical results for the US market. It can be explained by the structure of the European airlines market where the market shares inequality is a major determinant of the routes concentration. The European airlines routes are mainly characterized by a small number of carriers on each route. Except for monopoly, the more concentrated routes are characterized by duopoly with high inequality of market share leading to strong price competition between carriers. Second, it is found that concentration significantly and positively affects the sensitivity of airline prices to purchase restrictions. Thus, we conclude, and consistent with the literature on the US market, that price discrimination decreases with market concentration. This relationship is likely the outcome of carriers’ price discrimination behavior, which aims to attract low price elasticity of demand consumers in competitive routes.