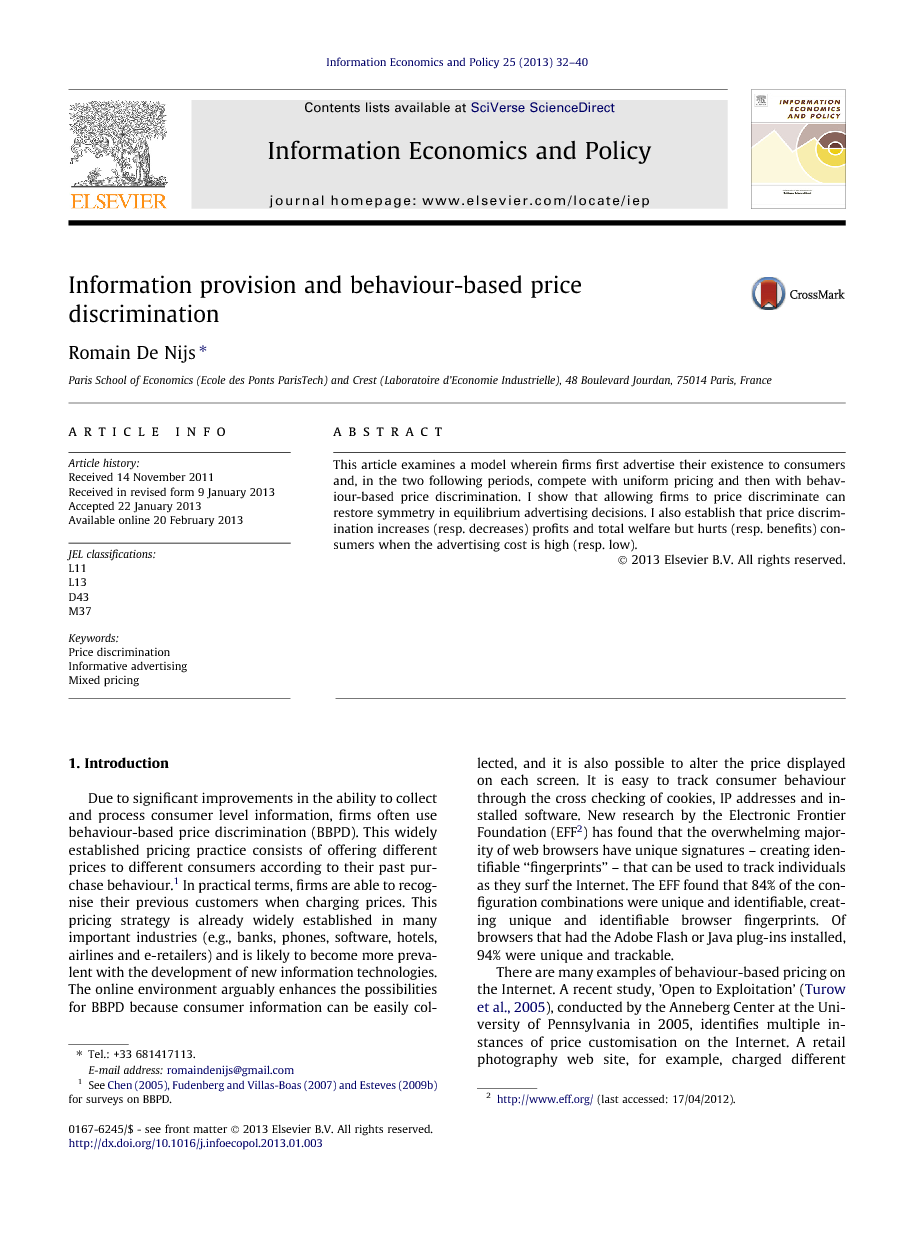 This article examines a model wherein firms first advertise their existence to consumers and, in the two following periods, compete with uniform pricing and then with behaviour-based price discrimination. I show that allowing firms to price discriminate can restore symmetry in equilibrium advertising decisions. I also establish that price discrimination increases (resp. decreases) profits and total welfare but hurts (resp. benefits) consumers when the advertising cost is high (resp. low).

In this article, I have investigated the effects of behaviour-based price discrimination in a model where firms first advertise their existence to consumers, and in the two following periods, first compete under uniform pricing and then with behaviour-based price discrimination. A first key finding is that BBPD can restore symmetry in firms’ advertising decisions. A second important result is that BBPD can improve welfare. This result occurs when advertising costs are relatively high. However, in such a case, the effect of BBPD on consumers is more likely to be detrimental, as the increase in welfare is almost entirely captured by the firms.