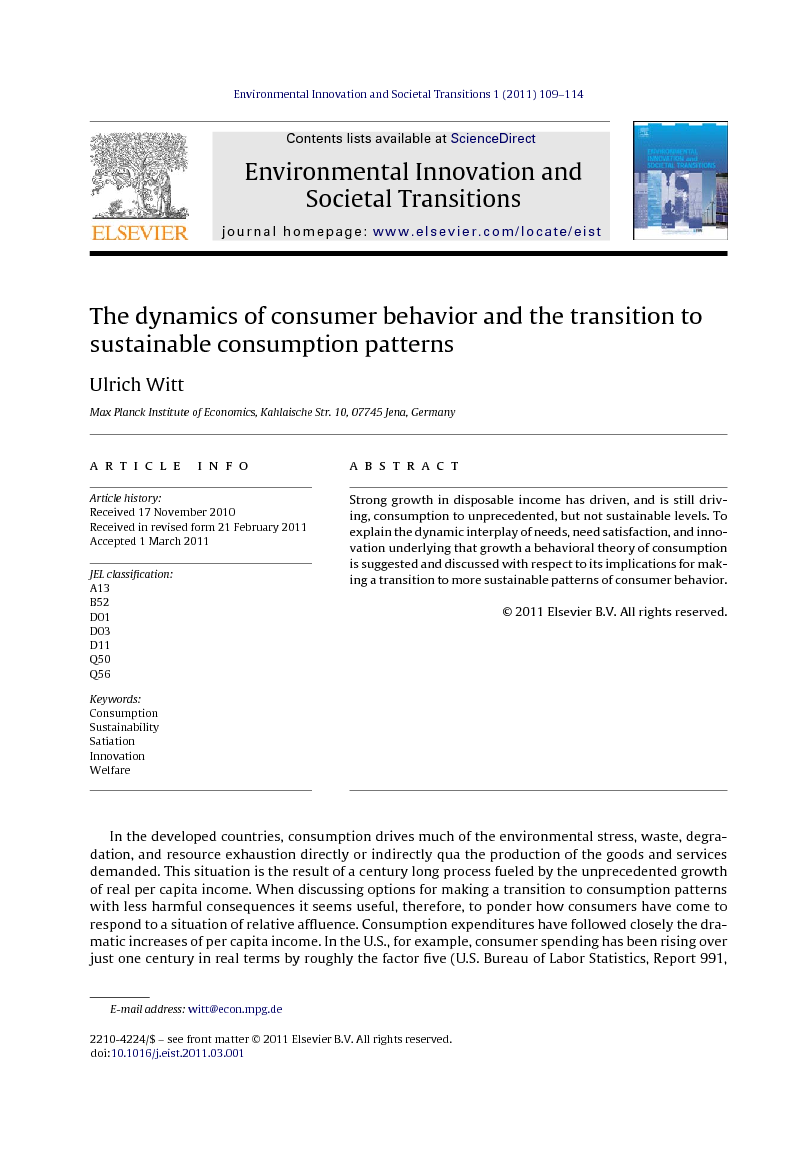 Strong growth in disposable income has driven, and is still driving, consumption to unprecedented, but not sustainable levels. To explain the dynamic interplay of needs, need satisfaction, and innovation underlying that growth a behavioral theory of consumption is suggested and discussed with respect to its implications for making a transition to more sustainable patterns of consumer behavior.

In the developed countries, consumption drives much of the environmental stress, waste, degradation, and resource exhaustion directly or indirectly qua the production of the goods and services demanded. This situation is the result of a century long process fueled by the unprecedented growth of real per capita income. When discussing options for making a transition to consumption patterns with less harmful consequences it seems useful, therefore, to ponder how consumers have come to respond to a situation of relative affluence. Consumption expenditures have followed closely the dramatic increases of per capita income. In the U.S., for example, consumer spending has been rising over just one century in real terms by roughly the factor five (U.S. Bureau of Labor Statistics, Report 991, 2006) – yes, calculated in prices of 2002, the budget an average American could spend in 1901 was only little more than 20% of the budget of 2002! The drastic expansion has not equally taken place in all consumption categories. In some of them income elasticity has been greater than one, in others smaller than one, and in yet others consumption comes close to a state reflecting saturation (see e.g., Lebergott, 1993). To simply assume that consumers are insatiable – as in canonical economics in order to ensure unique solutions for the utility maximization calculus – is therefore not very helpful both for explaining the uneven growth of consumption categories and for inquiring into how a transition to more sustainable consumption patterns can be made.