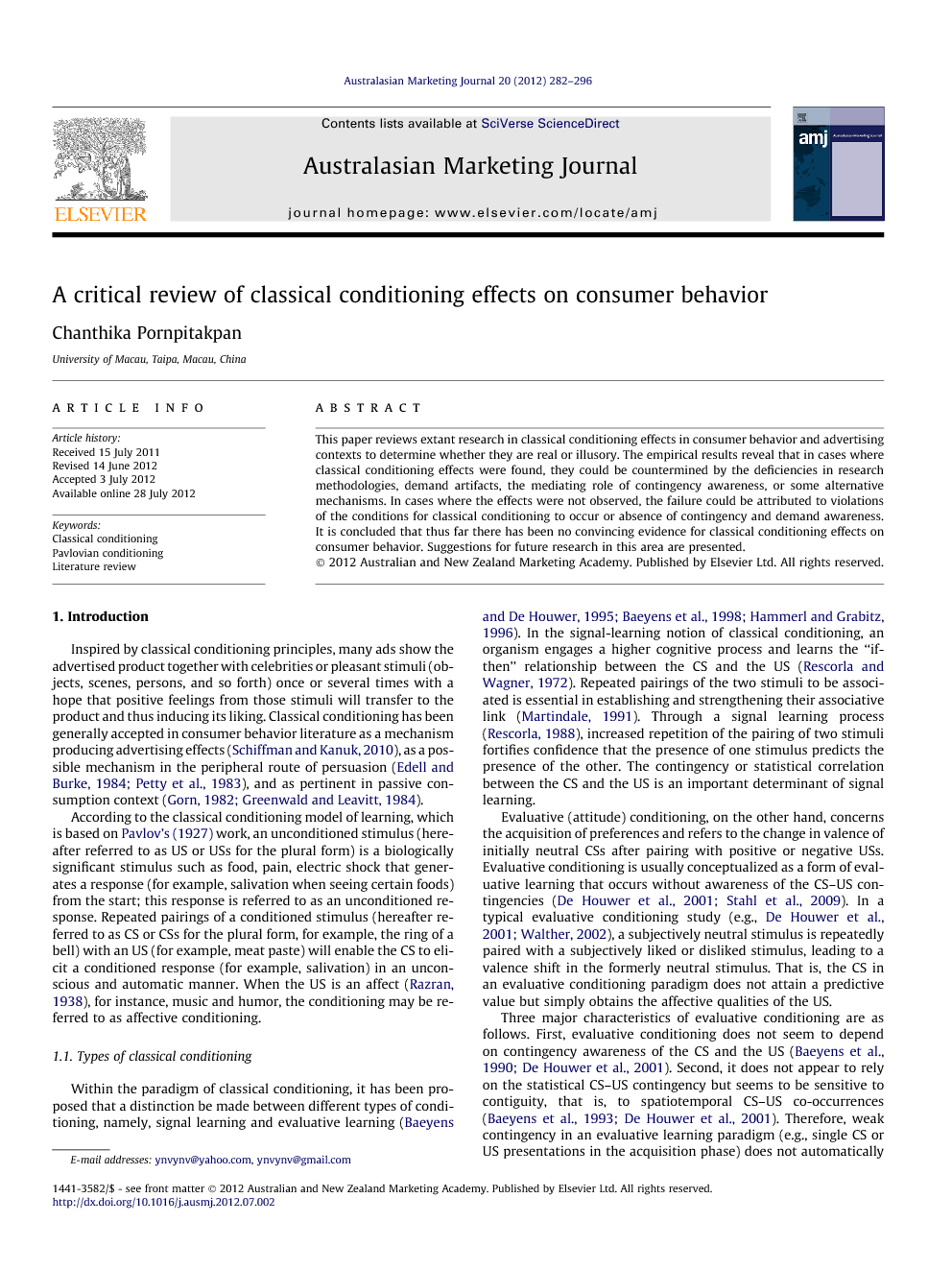 Inspired by classical conditioning principles, many ads show the advertised product together with celebrities or pleasant stimuli (objects, scenes, persons, and so forth) once or several times with a hope that positive feelings from those stimuli will transfer to the product and thus inducing its liking. Classical conditioning has been generally accepted in consumer behavior literature as a mechanism producing advertising effects (Schiffman and Kanuk, 2010), as a possible mechanism in the peripheral route of persuasion (Edell and Burke, 1984 and Petty et al., 1983), and as pertinent in passive consumption context (Gorn, 1982 and Greenwald and Leavitt, 1984). According to the classical conditioning model of learning, which is based on Pavlov’s (1927) work, an unconditioned stimulus (hereafter referred to as US or USs for the plural form) is a biologically significant stimulus such as food, pain, electric shock that generates a response (for example, salivation when seeing certain foods) from the start; this response is referred to as an unconditioned response. Repeated pairings of a conditioned stimulus (hereafter referred to as CS or CSs for the plural form, for example, the ring of a bell) with an US (for example, meat paste) will enable the CS to elicit a conditioned response (for example, salivation) in an unconscious and automatic manner. When the US is an affect (Razran, 1938), for instance, music and humor, the conditioning may be referred to as affective conditioning.