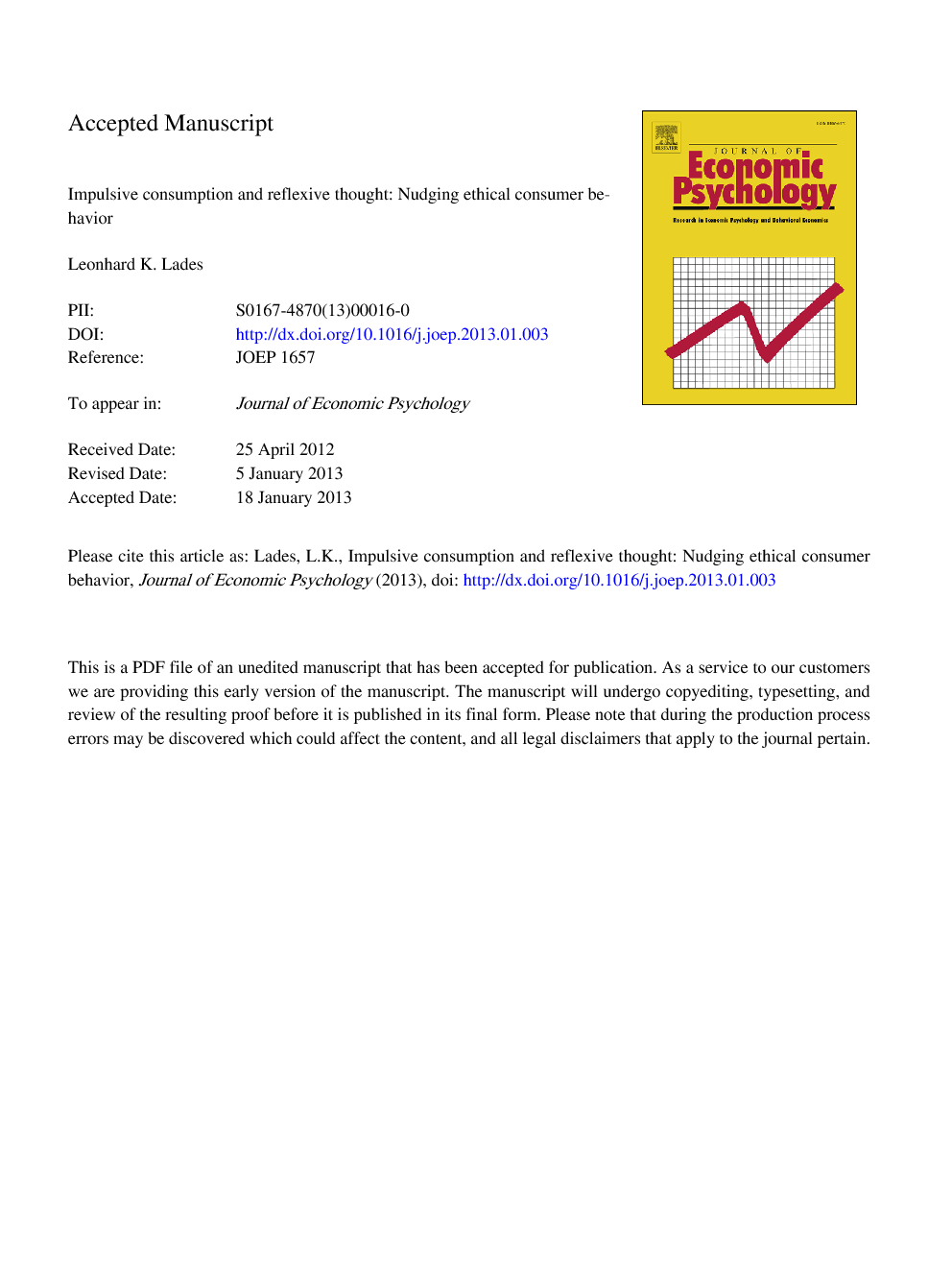 The aim of libertarian paternalism is to help individuals make better choices, as judged by themselves. To do so it is important to know about the reasons why individuals sometimes deviate from behavior that is in their best interest. Commonly, behavioral economics elaborates on these reasons, among other things, by identifying biases in the decisions made by the intuitive System 1. Also in the context of impulsive consumption, behavioral economics acknowledges that the intuitive System 1 is myopic and strives for immediate gratification. However, with few exceptions, it is not explained why this is the case, and the behavioral economic strategy to solve self-control problems relies mostly on the exertion of self-control in System 2. As a result, libertarian paternalistic implications following from this research most often aim at reducing the consequences of given urges by, for example, suggesting commitment strategies that inhibit existing urges from translating into actual behavior. Based on an evolutionary perspective on consumer behavior this paper elaborates on the motivational foundations of impulsive behavior. It presents the cue-triggered ‘wanting’ mechanism as one potential reason for the occurrence of impulsive urges in System 1. The paper applies this mechanism to the case of identity-related impulsive consumption in order to explain why and how self-image discrepancies can lead to impulsive consumption of identity-related goods. Based on the knowledge of this mechanism, especially in context of identity-related consumption, the paper suggests implications for libertarian paternalistic policy interventions. On the one hand, the paper argues that self-imposed nudges should be preferred to nudges by third parties, because due to the subjective character of self-images, cost benefit analyses of nudges are more difficult for third parties than for the individuals themselves. On the other hand, the paper suggests nudging strategies how to encourage ethical consumption by either reducing unethical impulsive consumption, or guiding impulsive consumption in ethical directions. The paper thus shows that an analysis of the motivational foundations of impulsive consumer behavior can complement existing behavioral economic research that aims at generating implications for interventions in the spirit of libertarian paternalism.