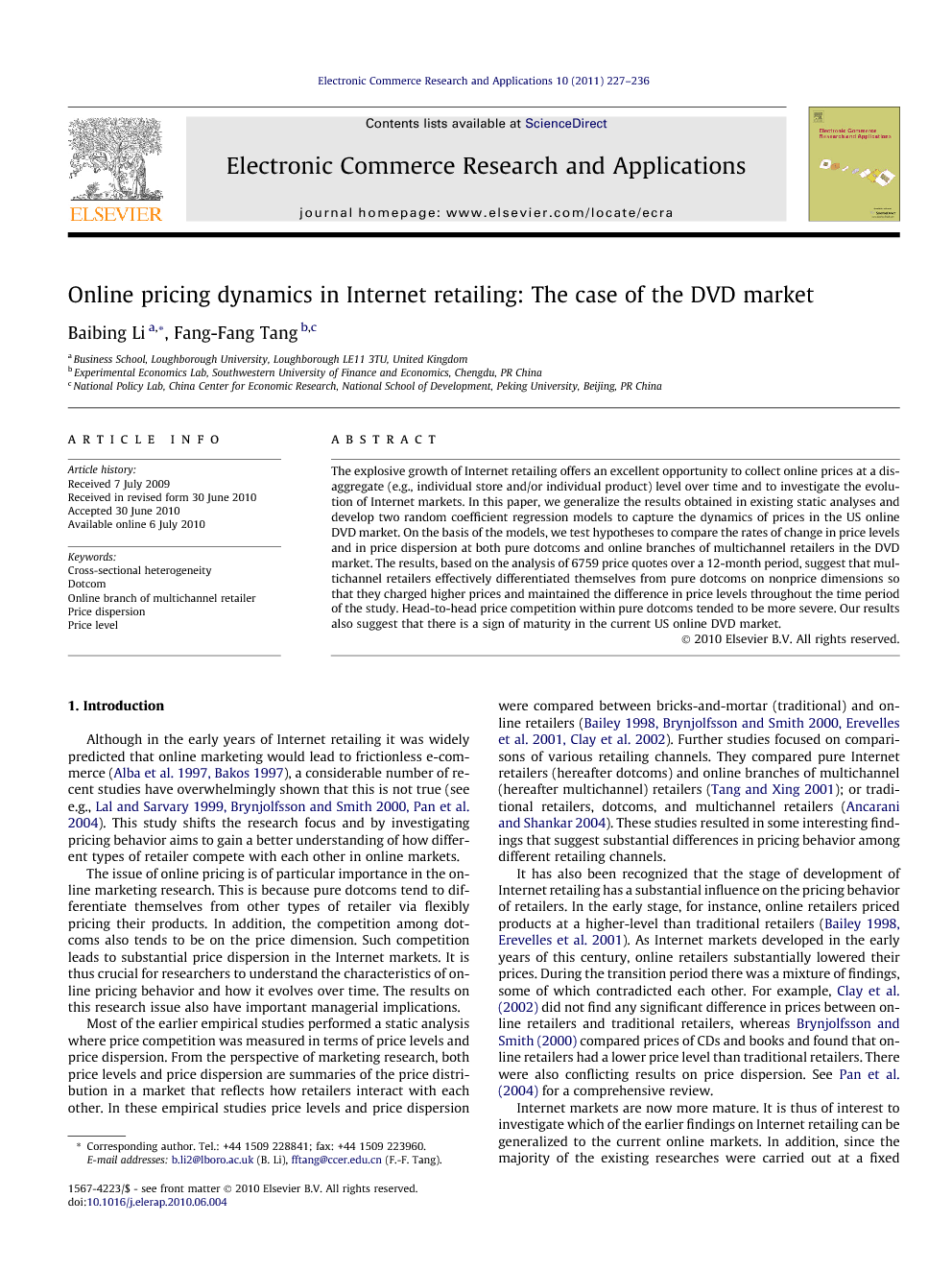 The explosive growth of Internet retailing offers an excellent opportunity to collect online prices at a disaggregate (e.g., individual store and/or individual product) level over time and to investigate the evolution of Internet markets. In this paper, we generalize the results obtained in existing static analyses and develop two random coefficient regression models to capture the dynamics of prices in the US online DVD market. On the basis of the models, we test hypotheses to compare the rates of change in price levels and in price dispersion at both pure dotcoms and online branches of multichannel retailers in the DVD market. The results, based on the analysis of 6759 price quotes over a 12-month period, suggest that multichannel retailers effectively differentiated themselves from pure dotcoms on nonprice dimensions so that they charged higher prices and maintained the difference in price levels throughout the time period of the study. Head-to-head price competition within pure dotcoms tended to be more severe. Our results also suggest that there is a sign of maturity in the current US online DVD market.