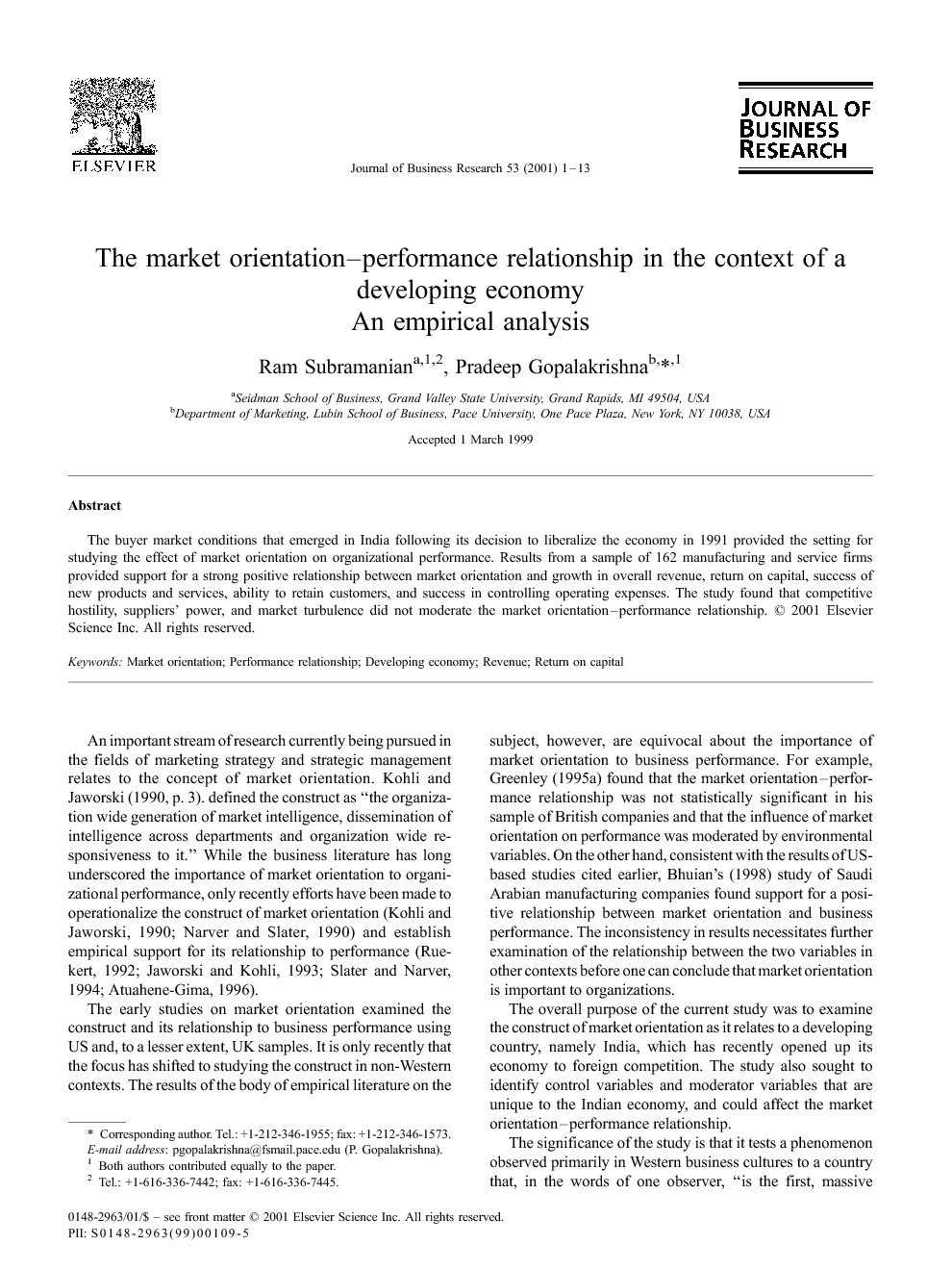 The buyer market conditions that emerged in India following its decision to liberalize the economy in 1991 provided the setting for studying the effect of market orientation on organizational performance. Results from a sample of 162 manufacturing and service firms provided support for a strong positive relationship between market orientation and growth in overall revenue, return on capital, success of new products and services, ability to retain customers, and success in controlling operating expenses. The study found that competitive hostility, suppliers' power, and market turbulence did not moderate the market orientation–performance relationship.