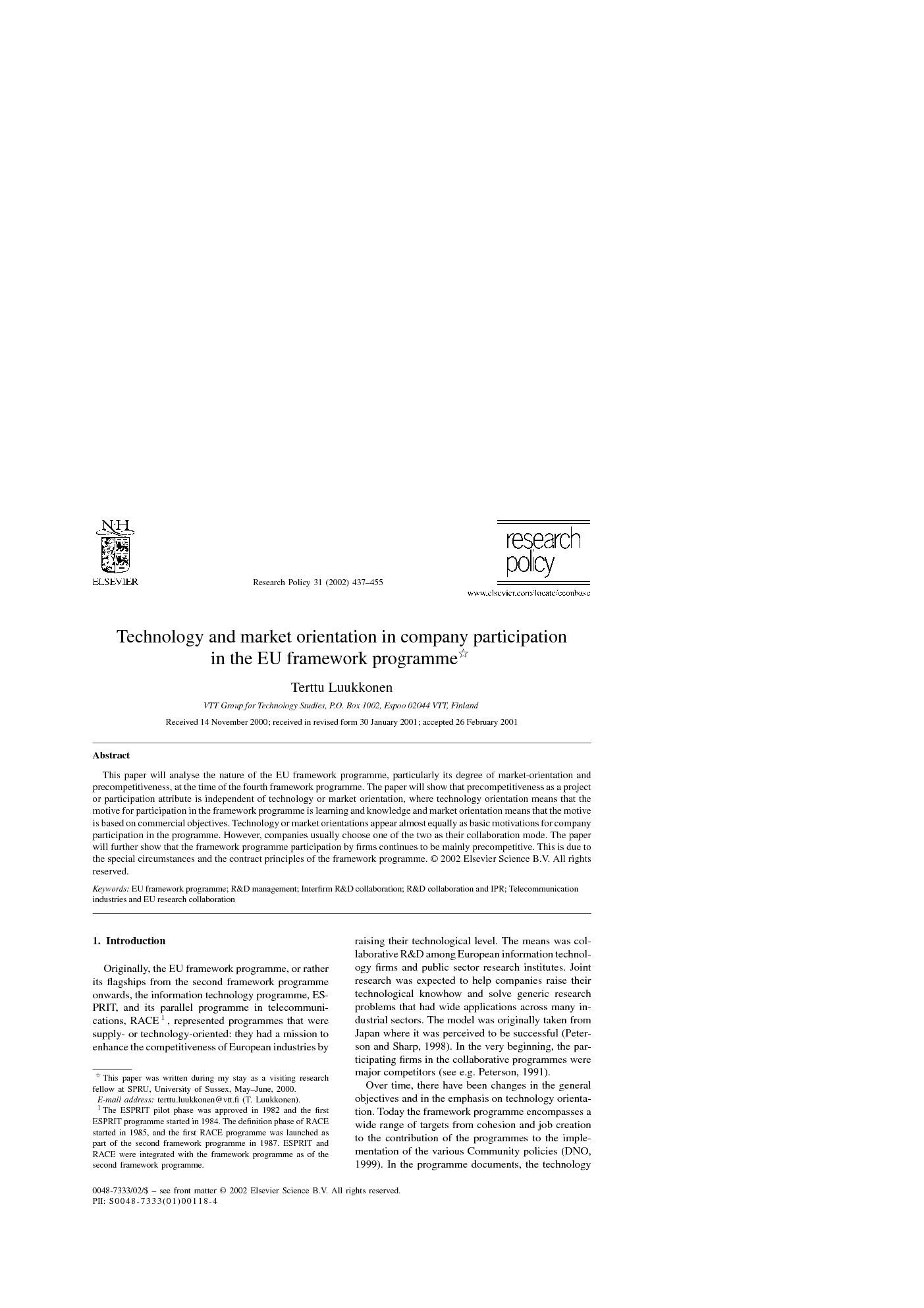 Originally, the EU framework programme, or rather its flagships from the second framework programme onwards, the information technology programme, ESPRIT, and its parallel programme in telecommunications, RACE1, represented programmes that were supply- or technology-oriented: they had a mission to enhance the competitiveness of European industries by raising their technological level. The means was collaborative R&D among European information technology firms and public sector research institutes. Joint research was expected to help companies raise their technological knowhow and solve generic research problems that had wide applications across many industrial sectors. The model was originally taken from Japan where it was perceived to be successful (Peterson and Sharp, 1998). In the very beginning, the participating firms in the collaborative programmes were major competitors (see e.g. Peterson, 1991). Over time, there have been changes in the general objectives and in the emphasis on technology orientation. Today the framework programme encompasses a wide range of targets from cohesion and job creation to the contribution of the programmes to the implementation of the various Community policies (DNO, 1999). In the programme documents, the technology or supply orientation has given way to a greater emphasis on diffusion and demand oriented research collaboration. This means helping European companies transfer research results to marketable products and improve their business performance, thus enhancing their turnover and employment (GCE, 1994 and GPI, 1995). The extent to which this has indeed happened in programme practice has been little studied. According to the studies on the impact of the second framework programme, in the early stages, knowledge-related factors, which correspond to technology or supply orientation, motivated the participation of companies (Luukkonen, 1998 and Reger and Kuhlmann, 1995). However, the extent to which the above changes in the overall policy aims have influenced the orientation of projects in terms of precompetitiveness and market orientation has not been studied. There are some recent findings indicating that firm participation in the framework programme has been somewhat more motivated by commercial objectives than before (Ohler et al., 1997 and Luukkonen and Halikka, 2000). We still do not know whether this signals a fundamental change in the orientation of the framework programme.