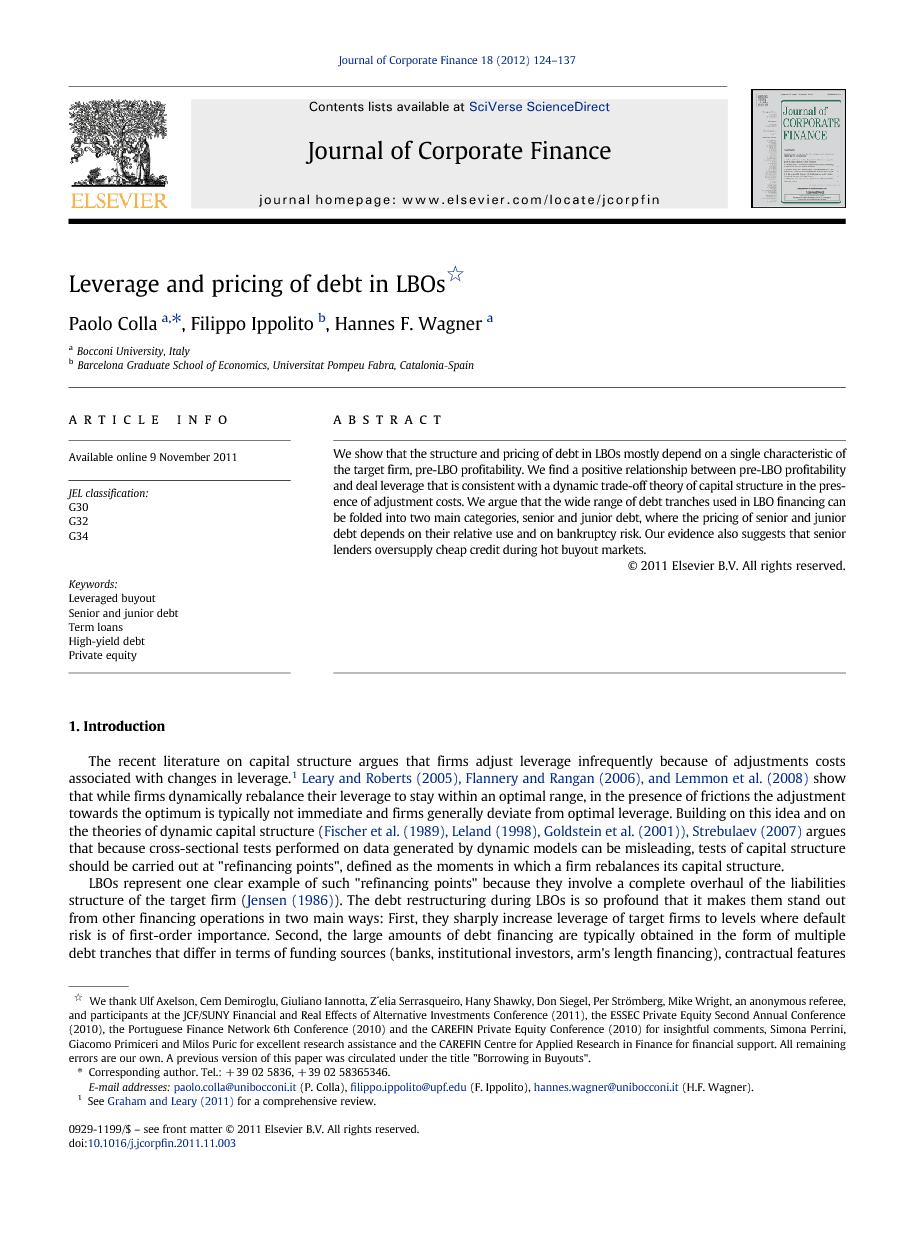 We show that the structure and pricing of debt in LBOs mostly depend on a single characteristic of the target firm, pre-LBO profitability. We find a positive relationship between pre-LBO profitability and deal leverage that is consistent with a dynamic trade-off theory of capital structure in the presence of adjustment costs. We argue that the wide range of debt tranches used in LBO financing can be folded into two main categories, senior and junior debt, where the pricing of senior and junior debt depends on their relative use and on bankruptcy risk. Our evidence also suggests that senior lenders oversupply cheap credit during hot buyout markets.

In this paper we analyze the use and pricing of senior and junior debt in LBO transactions. Using a worldwide data set of 238 LBOs between 1997 and 2008 we find that leverage in LBOs is positively related to profitability, in support of a dynamic version of the trade-off theory of capital structure. We show that the use of debt and its pricing are simultaneously determined and find that spreads increase with leverage, after accounting for the endogeneity of leverage in the spread regressions. We further show that the multiple tranche structure employed in LBOs can be broadly reduced to the categories of senior debt provided by banks and institutional investors, and junior debt provided by high-yield investors. This simple classification captures most of the heterogeneity in pricing of the different tranches. Furthermore, by decomposing leverage between senior and junior debt, we improve significantly the explanatory power of standard capital structure regressions. An important difference that emerges between lender types is that senior investors tend to relax lending standards during hot buyout markets, and provide cheaper financing. The evidence is consistent with an oversupply of cheap debt by banks and institutional investors during hot markets. An analysis of why senior and junior investors display such different preferences over the LBO cycle appears an interesting topic for future research.