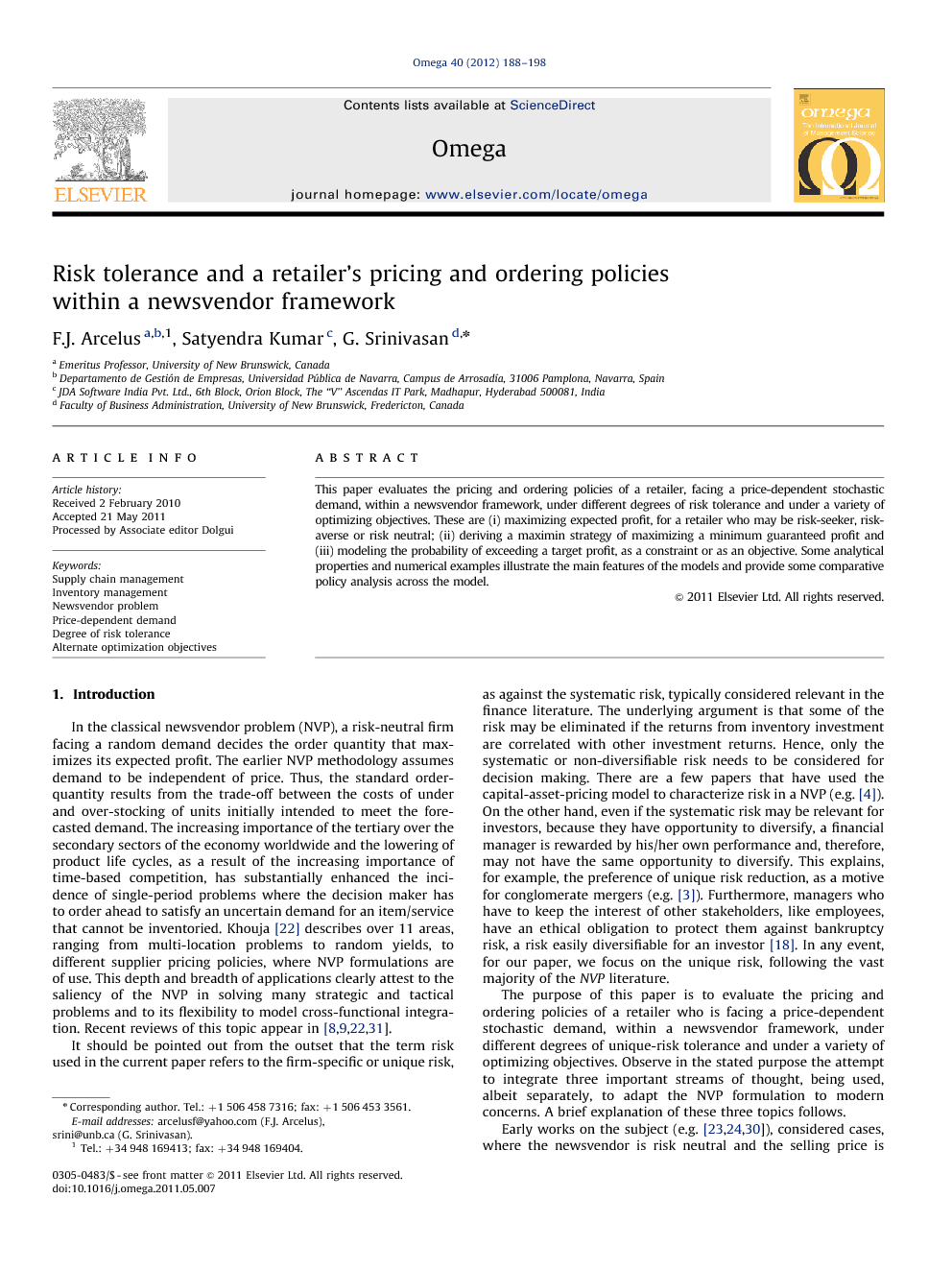 This paper evaluates the pricing and ordering policies of a retailer, facing a price-dependent stochastic demand, within a newsvendor framework, under different degrees of risk tolerance and under a variety of optimizing objectives. These are (i) maximizing expected profit, for a retailer who may be risk-seeker, risk-averse or risk neutral; (ii) deriving a maximin strategy of maximizing a minimum guaranteed profit and (iii) modeling the probability of exceeding a target profit, as a constraint or as an objective. Some analytical properties and numerical examples illustrate the main features of the models and provide some comparative policy analysis across the model.

The primary contribution of this paper consists of the integration of three streams of thought into the NVP formulation, namely a price dependent demand with price as a decision variable, an explicit recognition of the retailer's degree of risk as an integral part of the decision model and the inclusion of objectives other than the usual expected-profit maximization as alternate performance metrics for the retailer. This has given rise to a series of models that underline the relationships and trade-off between optimizing policies associated with risk-adjusted expected profit and the probability of exceeding a minimum target profit, be it fixed or moving, dependent or independent of the decision variables. A paper of this nature may be subject to a wide gamut of generalizations and extensions to adapt the underlying structure to a particular application. Examples include the type of demand distribution to fit alternate modes of demand error structure and the type of functional form of the deterministic portion of the demand to conform to alternate patterns, widely used, especially in the marketing literature. Additional modes of measuring risk along with extensive experimental analysis, such as that of [32], alluded to earlier, would go a long way to enhance our knowledge of the effect of the retailer's risk propensity on the pricing and ordering decisions. The study of these and other issues justifies additional research.