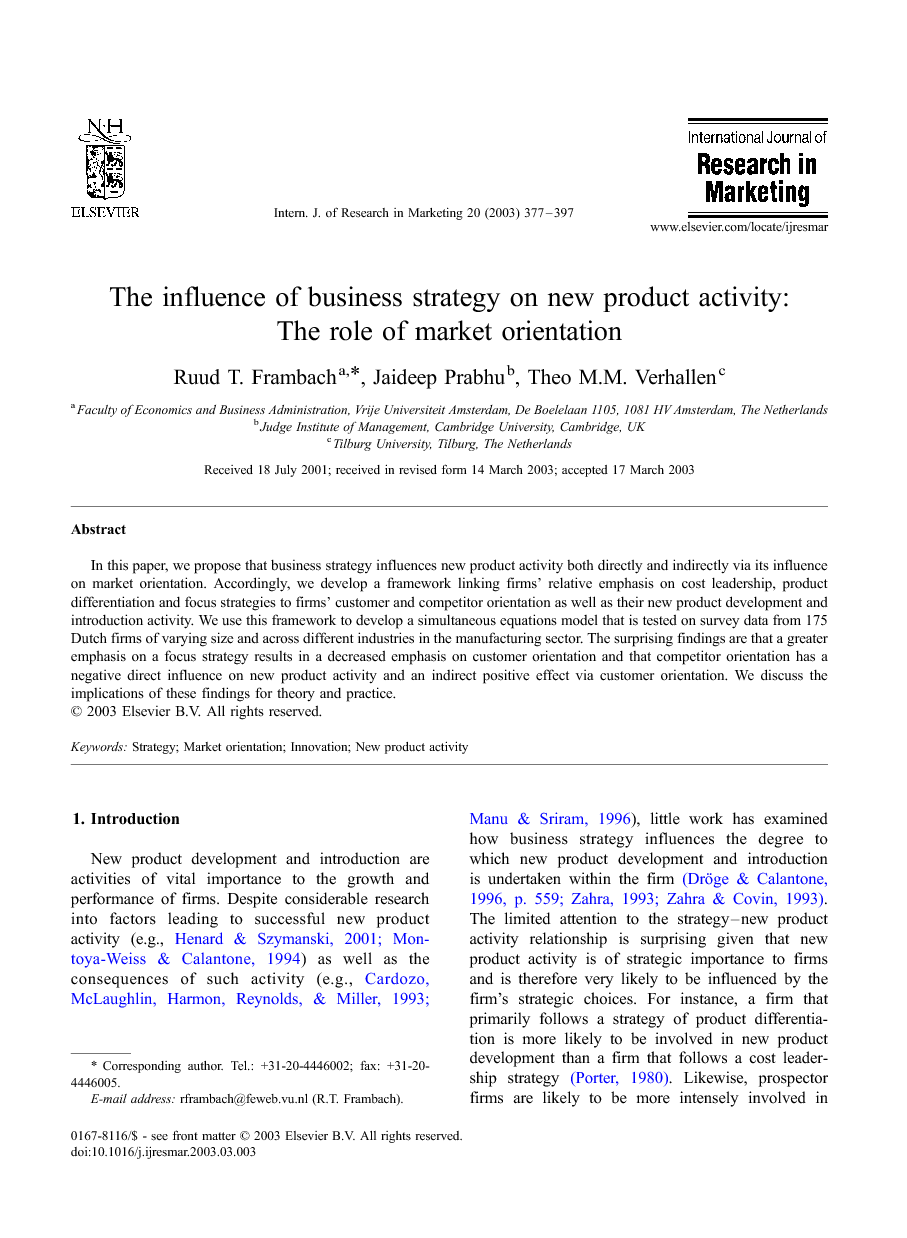 In this paper, we propose that business strategy influences new product activity both directly and indirectly via its influence on market orientation. Accordingly, we develop a framework linking firms' relative emphasis on cost leadership, product differentiation and focus strategies to firms' customer and competitor orientation as well as their new product development and introduction activity. We use this framework to develop a simultaneous equations model that is tested on survey data from 175 Dutch firms of varying size and across different industries in the manufacturing sector. The surprising findings are that a greater emphasis on a focus strategy results in a decreased emphasis on customer orientation and that competitor orientation has a negative direct influence on new product activity and an indirect positive effect via customer orientation. We discuss the implications of these findings for theory and practice.