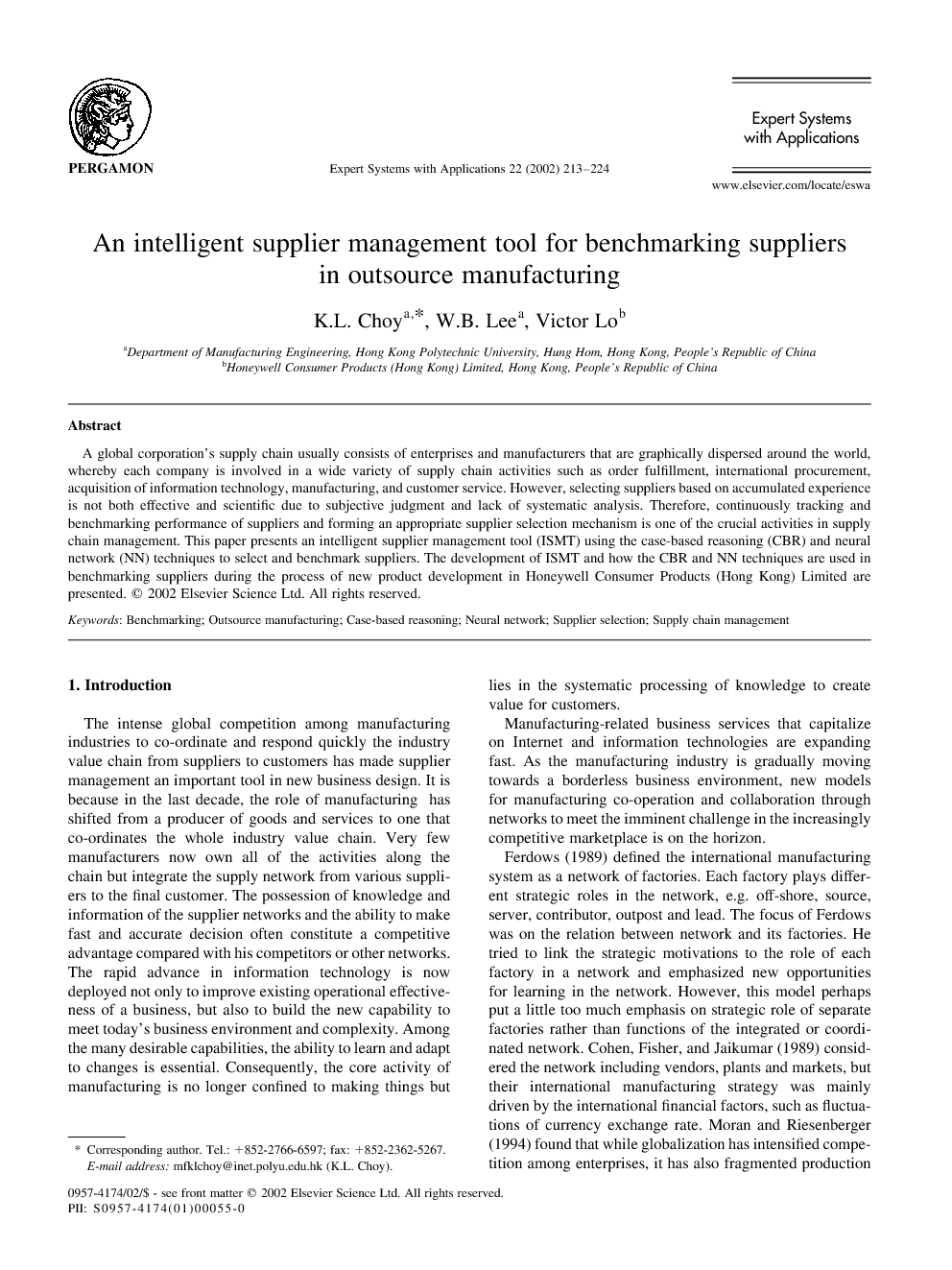 A global corporation's supply chain usually consists of enterprises and manufacturers that are graphically dispersed around the world, whereby each company is involved in a wide variety of supply chain activities such as order fulfillment, international procurement, acquisition of information technology, manufacturing, and customer service. However, selecting suppliers based on accumulated experience is not both effective and scientific due to subjective judgment and lack of systematic analysis. Therefore, continuously tracking and benchmarking performance of suppliers and forming an appropriate supplier selection mechanism is one of the crucial activities in supply chain management. This paper presents an intelligent supplier management tool (ISMT) using the case-based reasoning (CBR) and neural network (NN) techniques to select and benchmark suppliers. The development of ISMT and how the CBR and NN techniques are used in benchmarking suppliers during the process of new product development in Honeywell Consumer Products (Hong Kong) Limited are presented.

In this paper, an ISMT, for selecting and benchmarking suppliers under outsource manufacturing environment is introduced. ISMT aims to improve the current practice of suppliers selection, adopting the computational intelligence technologies into the traditional supplier selection process with the assimilation of case-base reasoning and neural network to form the integrated part for the evaluation of potential suppliers prior to final decision. In general, ISMT captures the knowledge of potential suppliers with the support of CBRM, which performs analysis to find matched candidates and provides information on projected performance of them through a benchmarking process using a trained neural network, NNE, which learns through past experience. This approach is favorable to the progressive injection of intelligence to ISMT through the embraced machine learning capability, the result of which is to support the decision-making process in benchmarking suppliers in outsource manufacturing.